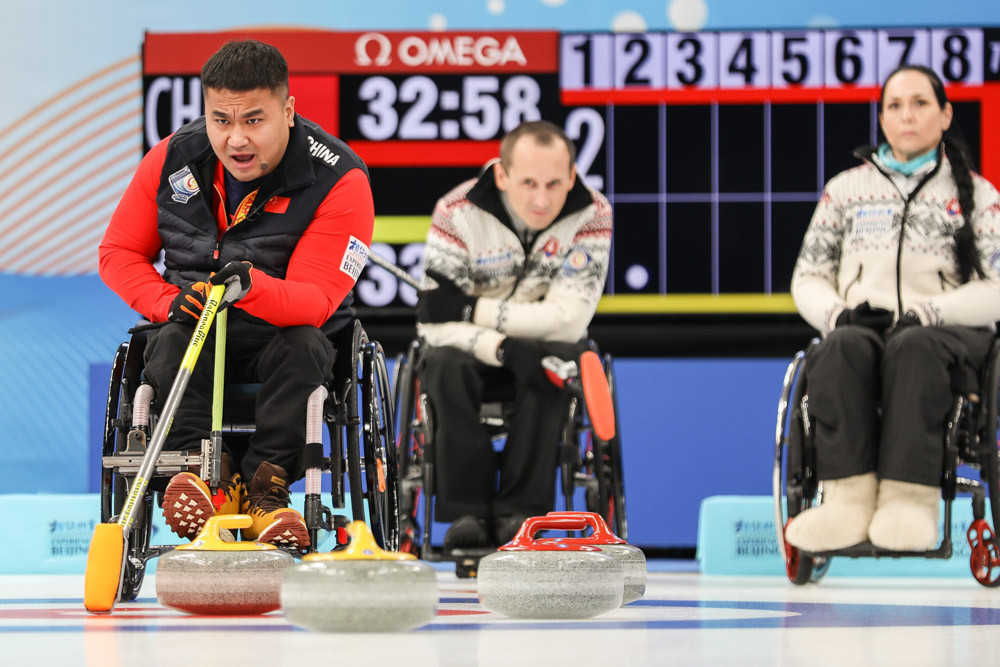 China was one of several nations to start the World Wheelchair Curling Championship at the Ice Cube in Beijing with a victory, beating Slovakia 8-4 in the opening session.

Wang Haitao's team were in control from the start, scoring two points on the first and third ends, followed by a score of two and a steal for two in the fifth and sixth to ensure the win would go their way against Radoslav Duris' rink.

Although a quiet start, the turning point came with a score of one in the fourth, followed by a steal of two and a steal of three in the succeeding ends, as Latvia suffered a major collapse.

Rozkova's rink recovered well in the next session, beating Slovakia 8-5.

Hugh Nibloe's Scotland got off to a winning start too with a 6-4 victory over Jostein Stordahl's Norway.

A tight game was split by a steal of two in the sixth end.

Team USA opened the World Wheelchair Curling Championship with a 6-4 victory over Canada and they’re “just getting started”.

In the final opening session of the championships, Angela Menardi's Italy defeated Eric Decorvet's Switzerland 7-5 after scoring two in an extra end.

Italy failed to score until the fifth end - but managed to get three, followed by two steals of one to help them to the extra end.

Later in the day, Norway got a win on the board by smashing Switzerland 8-1.