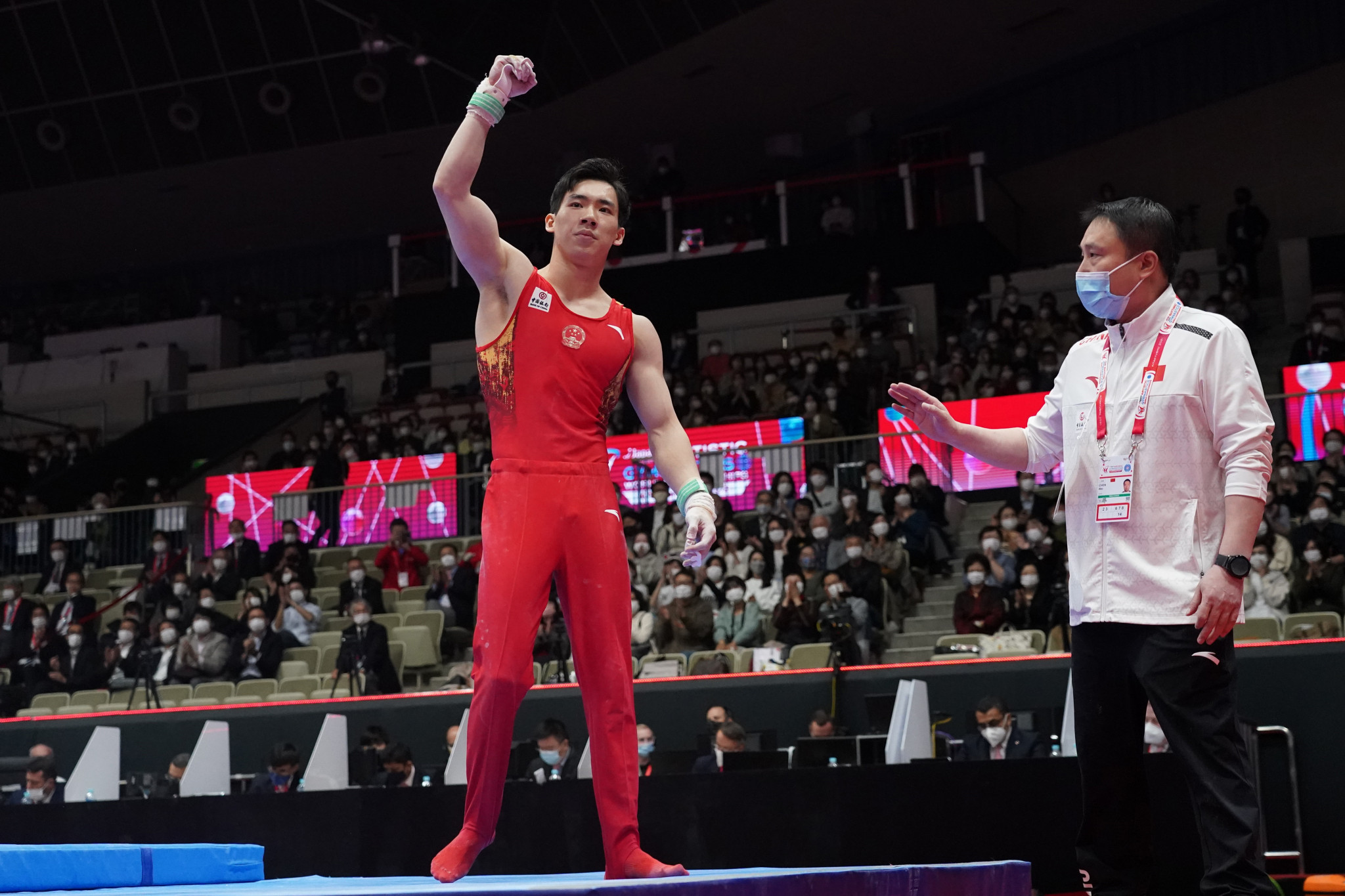 Hashimoto was looking to add a first world crown to his Olympic gold achieved at Tokyo 2020 but agonisingly missed out after an enthralling battle with Zhang at the Kitakyushu General Gymnasium.

Zhang was a surprise omission from China’s gymnastics squad for the Olympics but bounced back from that disappointment in superb fashion in Japan as he captured his maiden world title.

The battle for gold went down to the final apparatus as Zhang held a narrow lead heading into the high bar.

Hashimoto did all he could as he came first in the discipline, but it was not enough to beat Zhang who finished second to take the title by just 0.017 points.

Zhang was the top scorer on the floor, vault and parallel bars to triumph with 87.981 as Hashimoto was forced to settle for silver on 87.964.

There was less than a point separating the next four places as Ukraine's Illia Kovtun clinched bronze with 84.899.

Yul Moldauer of the United States, Ahmet Önder of Turkey and Shi Cong of China finished in the top six.

Competition is due to continue tomorrow with the finals of the men’s floor, pommel horse and rings as well as the women’s vault and uneven bars.