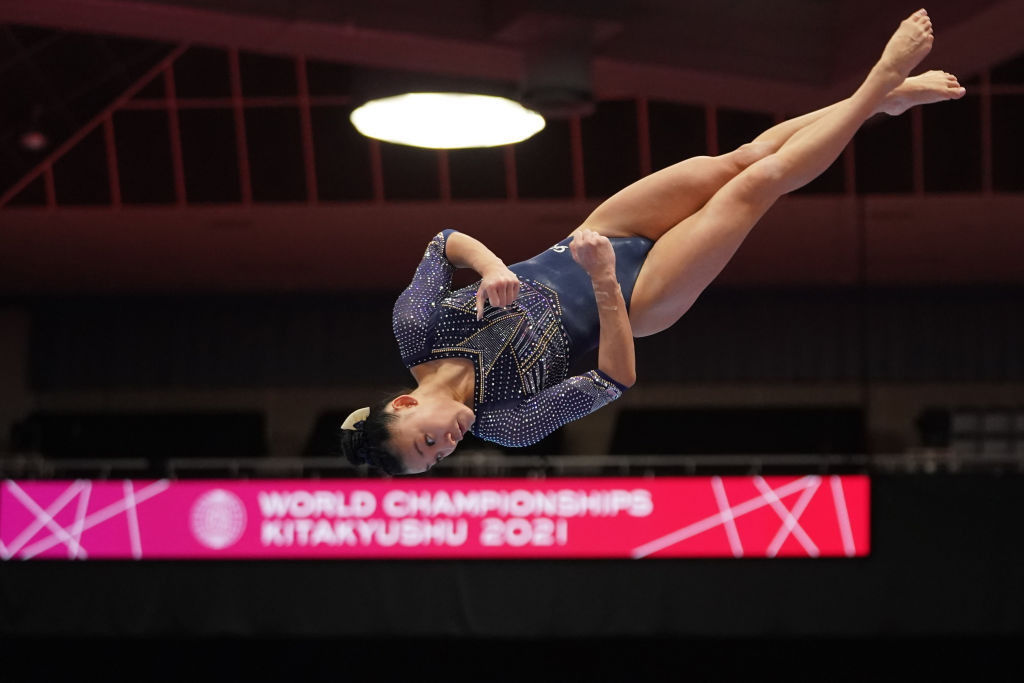 Leanne Wong of the United States took advantage of the absence of her Olympic gold medal-winning team-mates as she topped the opening session of women's all-around qualification on the first day of the Artistic Gymnastics World Championships in Kitakyushu.

Wong scored a total of 55.749 points in the four disciplines to lead the standings with three subdivisions still to compete at Kitakyushu General Gymnasium.

The 18-year-old led an American one-two as Kayla di Cello finished second on 55.700.

Hitomi Hatakeda of Japan is third after scoring 53.798.

While five gymnasts who won gold medals at the Tokyo 2020 Olympic Games are competing at the event in the Japanese city, a host of the top names are absent.

Olympic all-around champion Sunisa Lee and American team-mate Simone Biles, who withdrew from all-but one competition at Tokyo 2020 after suffering a case of the "twisties", are among the high-profile athletes not taking part.

China has also opted to send a second-tier squad to the Championships, which are taking place in an Olympic year for the first time in more than two-and-a-half decades.

Chinese gymnasts earned the highest scores in the uneven bars event, with Wei Xiaoyuan edging out compatriot Luo Rui with a total of 14.733 points.

Rui leads qualification on the balance beam after her routine was rewarded with a score of 14.566.

Japan's Mai Murukami scored 14.166 to claim top spot in the floor discipline, while Elisabeth Geurts of The Netherlands was the early standout in the vault having totalled 14.350.

The final three women's subdivisions are scheduled to take to the arena tomorrow, before the men get underway in the evening.