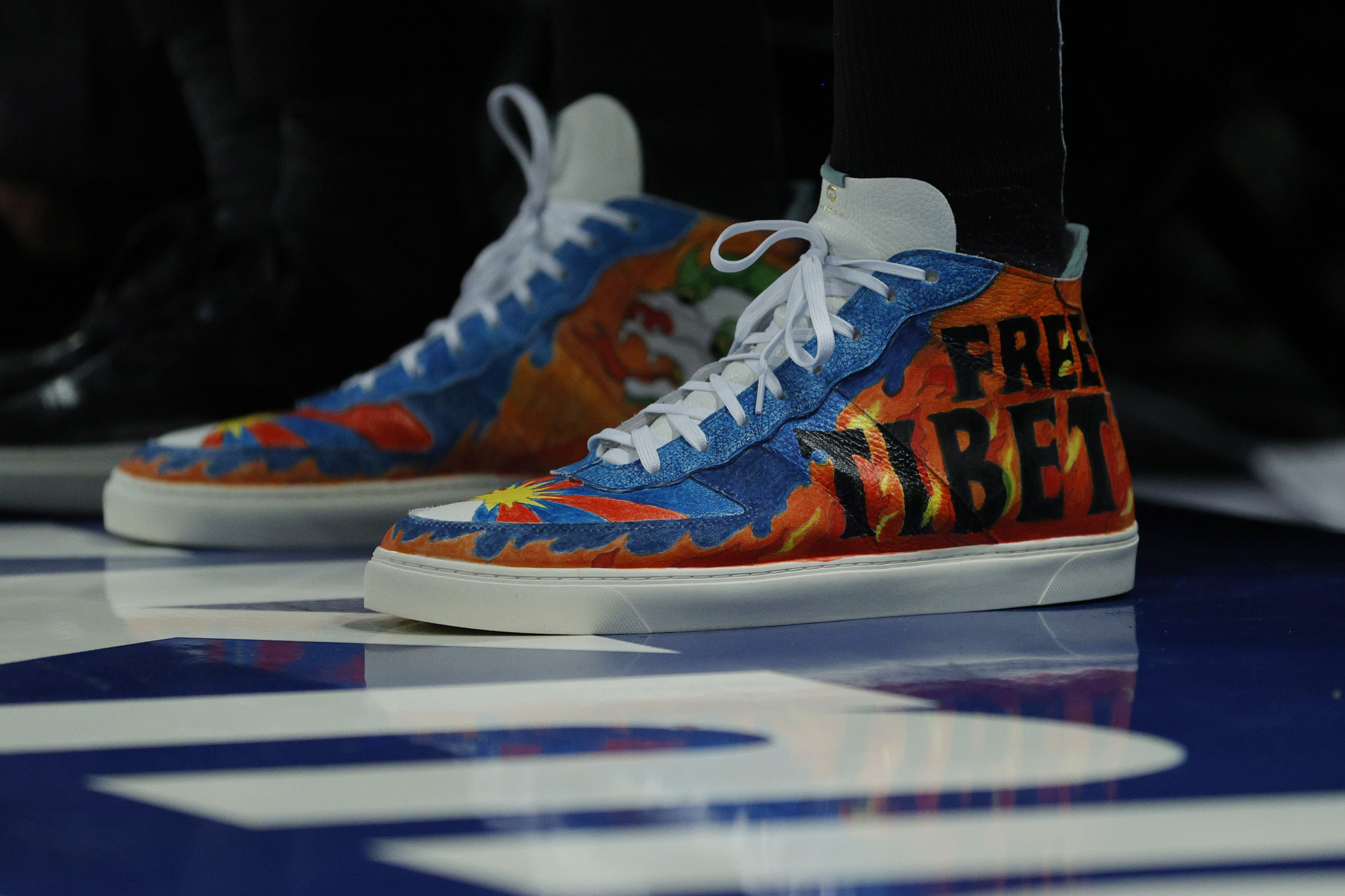 All refences to future Celtics games have seemingly been wiped from Tencent Sports, as the NBA again bears the brunt of fractious relations between China and the United States and China's intolerance of dissent.

Kanter, who is Turkish, said in a video shared on social media that Xi was a "brutal dictator" and criticised how Tibetans' "basic rights and freedoms are non-existent" under Chinese rule.

"My message to the Chinese Government is 'Free Tibet'", Kanter declared.

The 29-year-old wore shoes decorated with the words "FREE TIBET" and a Tibetan flag while sat on the bench, but did not come into the game as the Celtics lost 138-134 to the New York Knicks in overtime.

Kanter's criticism of China's record on human rights and show of solidarity with Tibetan activists comes just days after the lighting of the Olympic Flame for Beijing 2022 was disrupted by campaigners.

Chemi Lhamo, Jason Leith and Fern MacDougal were arrested and detained overnight in Greece after they waved Tibetan flags and a banner which read "NO GENOCIDE GAMES" during the ceremony.

They have been charged with "destruction of a monument", according to campaign group Free Tibet, and given a trial date of February 3 - one day before the Olympic Opening Ceremony in China's capital.

Tibet ha been under Chinese control since 1950 and while it claims the Tibet Autonomous Region (TAR) has autonomy, activists reject this as autonomy in name only and say the TAR comprises only a fraction of the historical boundaries of Tibet.

China is viewed as one of the NBA's most important international markets, but the league has previously run afoul of China's hardline attitude towards criticism of its Government.

State-run China Central Television (CCTV) boycotted the NBA for more than a year after an October 2019 tweet from Daryl Morey - then general manager of the Houston Rockets - in support of pro-democracy protests in Hong Kong.

Morey swiftly deleted the tweet following a rebuke from Rockets owner Tilman Fertitta, but it was not until game five of the 2020 NBA Finals more than a year later that the US' premier basketball league returned to the CCTV schedule.

LeBron James, a two-time Olympic champion with the United States and a vocal advocate for social justice in his home country, was among those to have criticised Morey for the tweet.

Kanter has been an outspoken critic of Turkey's President Recep Tayyip Erdoğan and in 2017 claimed his Turkish passport had been cancelled because of his political activism.

Kanter has not played for the national team for several years as a consequence.