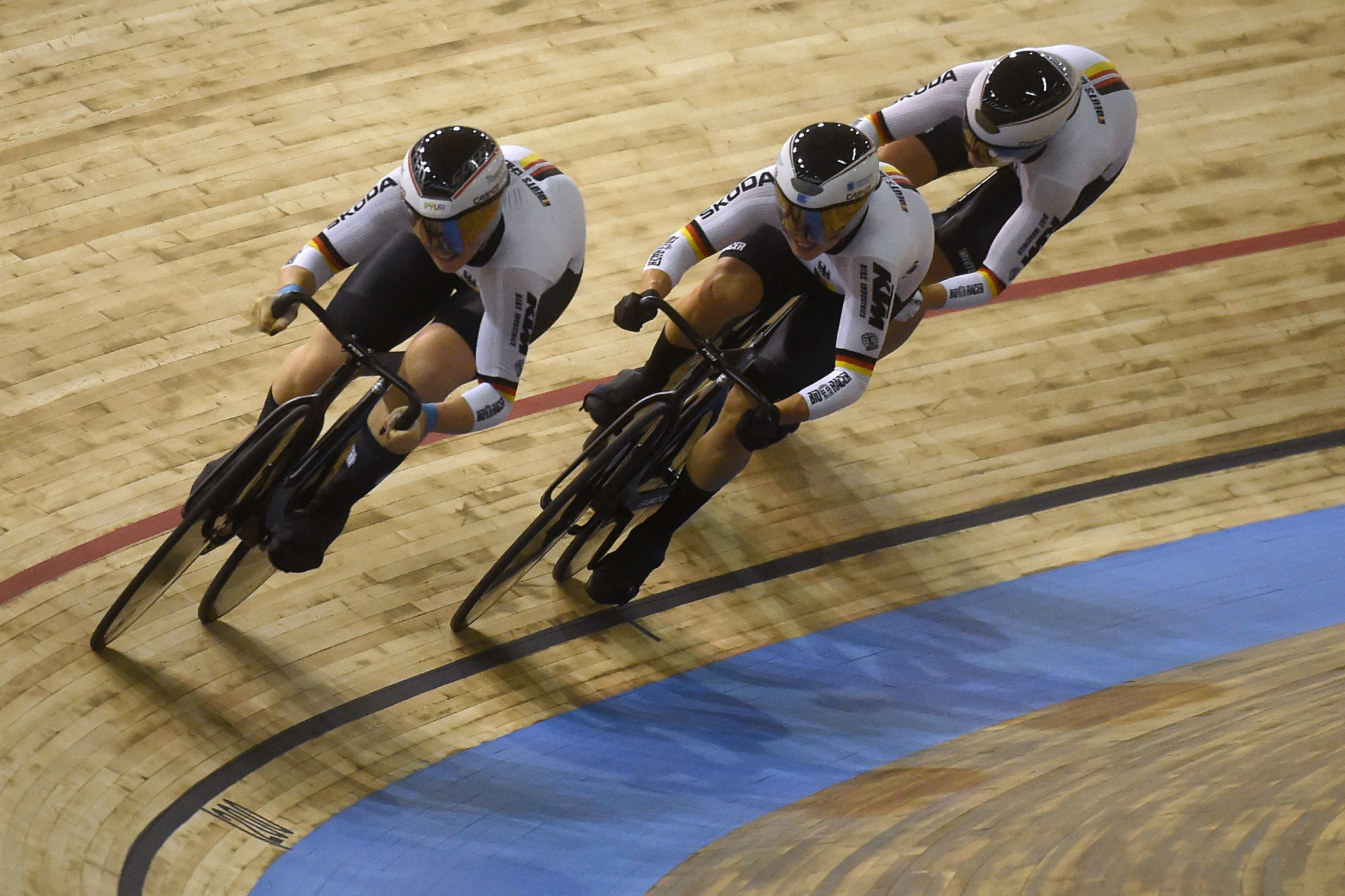 The opening day marked the first time the women’s team sprint featured three riders on a team at the World Championships, with the event now having parity with the men’s discipline ahead of the Paris 2024 Olympics.

Their effort lowered the previous mark of 46.551, which was set by The Netherlands at the European Championships earlier this month.

The German team improved further in the first round, where a time of 46.358 saw them eliminate Ukraine and advance to the gold-medal ride.

Friedrich, Grabosch and Hinze completed a perfect day with another world-record time of 46.064 in the final.

The Russian Cycling Federation’s (RCF) Natalia Antonova, Daria Shmeleva and Yana Tyshchenko were left settling for the silver medal, after the trio finished in 46.718.

The Netherlands’ emerged as the winners of the men’s team sprint, with Roy van den Berg, Harrie Lavreysen and Jeffrey Hoogland adding the world title to Tokyo 2020 Olympic gold.

The Tokyo 2020 gold medallists overcame the challenge of home favourites Florian Grengbo, Rayan Helal and Sébastien Vigier in the final.

The trio finished in a winning time of 41.979, with their French opponents ending as the runners-up in 42.550.

Germany’s Stefan Bötticher, Joachim Eilers and Nik Schröter rounded off the podium by clocking 43.141 in the bronze-medal ride, with the RCF’s Ivan Gladyshev, Alexander Sharapov and Pavel Yakushevskiy ending fourth in 43.717.

Italy’s Martina Fidanza was crowned women’s scratch race champion after winning a sprint at the conclusion of the 10-kilometre event.

The 21-year-old crossed the line ahead of Dutch rider Maike van der Duin, who secured the silver medal.

The competitions will resume tomorrow with the first round and medal rides contested.

Ashgabat in Turkmenistan had initially been scheduled to host the World Championships, but the event before it was moved to France due to the coronavirus pandemic.