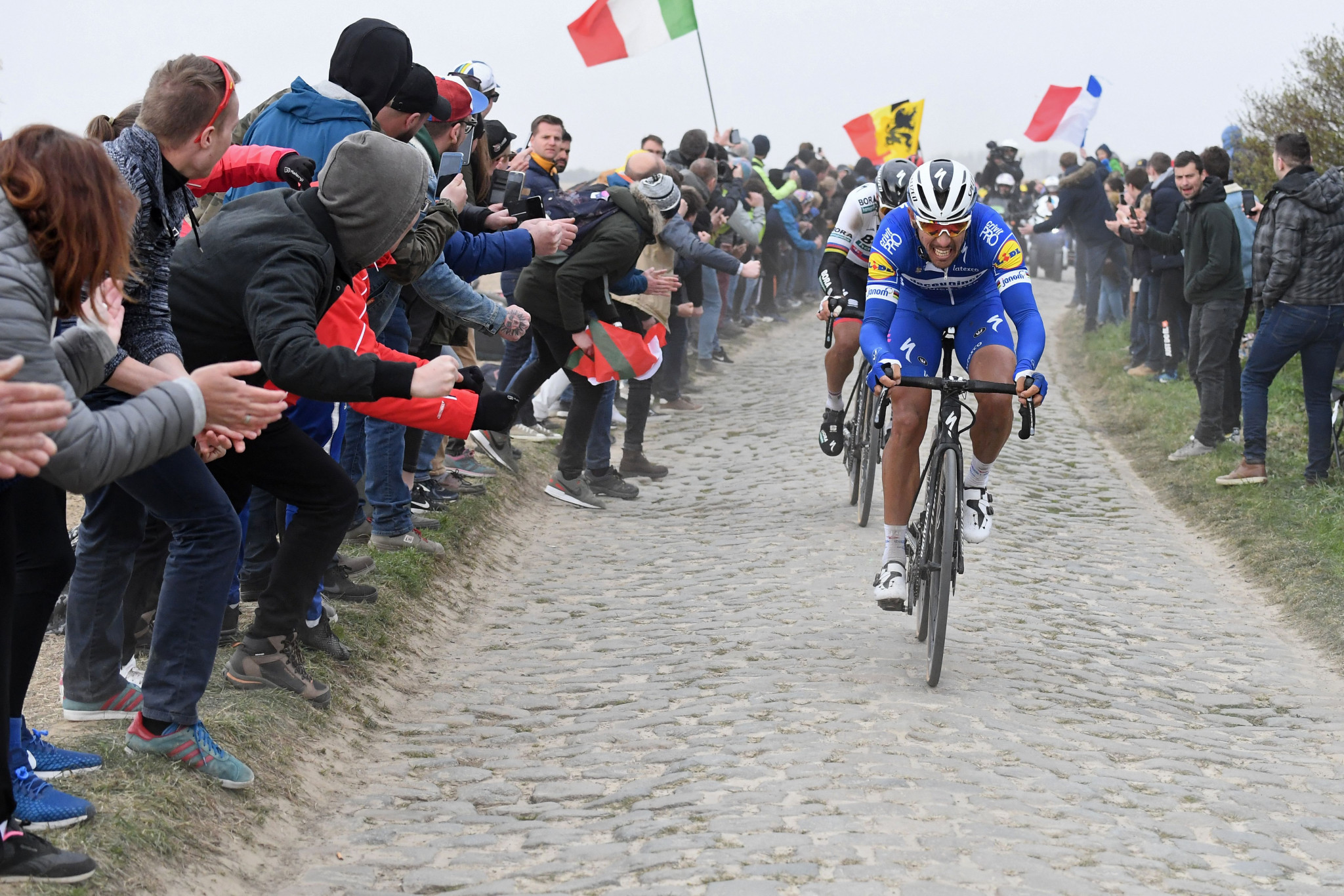 The International Cycling Union (UCI) has confirmed the postponement of Paris-Roubaix to October, amid tightened COVID-19 restrictions in France.

Paris-Roubaix had initially been scheduled to take place on April 11.

The fate of the race had been subject to speculation amid rising COVID-19 cases in France, with organisers forced to reschedule after French President Emmanuel Macron confirmed the country would enter a three-week lockdown on Wednesday (March 31).

The UCI has confirmed the inaugural women’s Paris-Roubaix will now take place on October 2.

"For the UCI and the cycling community, it was very important that both races could take place in 2021, and I am delighted that new dates suitable for all parties have been found," said UCI President David Lappartient.

"It was therefore essential to find, together with all parties concerned, an appropriate postponement date, in keeping with the status of this mythical event so much appreciated by riders and fans, and whose female riders are looking forward to competing in the inaugural women's edition."

The race was cancelled in 2020 due to the COVID-19 pandemic.

This marked only the eighth time the annual event had not taken place since it was first held in 1896.

The other seven cancellations were due to World Wars.

Christian Prudhomme, cycling director of Amaury Sport Organisation, has welcomed confirmation of the new dates for the organisation’s race.

"An eminently popular classic, coveted by many great champions, followed by millions of fans and televised in 190 countries, Paris-Roubaix is also a source of pride for the whole of the Hauts de France region, which comes together every year with great enthusiasm," Prudhomme said.

"It is anchored in the region.

"It is part of its history.

"This is why we are pleased to announce that the queen of the classics will return in 2021 and that the competitors of the first ever women's edition will also discover its legendary route."

The rescheduled race will take place one week after the UCI Road World Championships in Belgium.