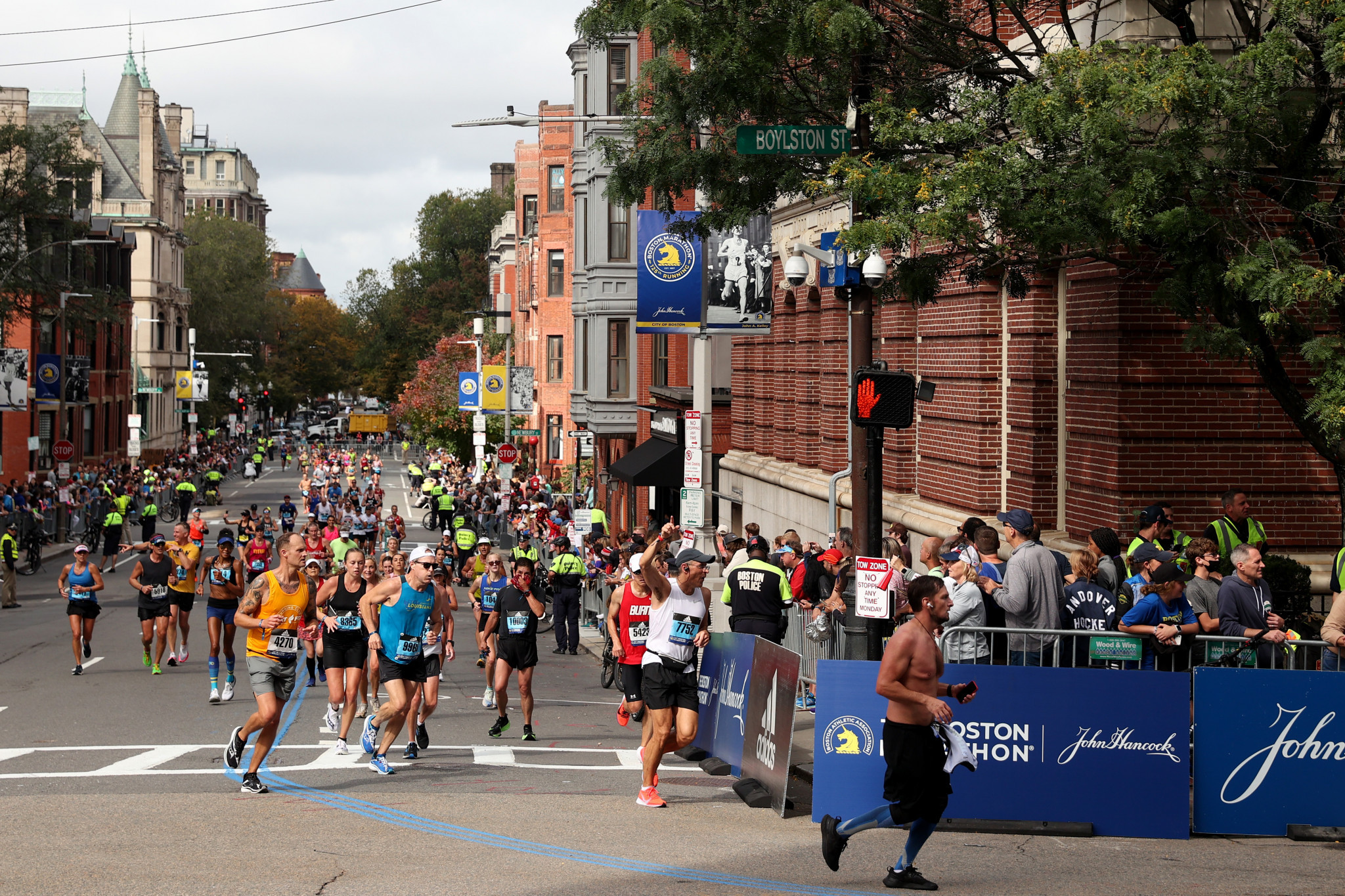 Organisers required participants to present proof they had been fully vaccinated or a return a negative test to take part in the race, which was held on October 11.

Grilk told the WBZ radio station that 93 per cent of runners were fully inoculated against the virus.

Of the remaining seven per cent, he revealed 0.3 per cent tested positive for COVID-19 which disqualified them from the race, although they will have their entry fee refunded.

The number of participants permitted at the 125th Boston Marathon was reduced by more than a third to 20,000.

A total of 18,252 people entered the in-person Marathon, according to the BAA.

A total of 95 per cent of all volunteers for the Boston Marathon were fully vaccinated, and all medical helpers.

The United States has been the country worst affected by COVID-19, with more than 44 million cases and 715,179 deaths recorded.

Approximately 57 per cent of its population has been fully vaccinated.

The United States Olympic and Paralympic Committee announced last month it will require all athletes, employees and contractors to be fully vaccinated by November 1 as well as its entire delegation for the Beijing 2022 Winter Olympic and Paralympic Games, unless individuals obtain a medical or religious exemption.

Controversy has erupted in major leagues in North America, such as the National Basketball Association, which has not made jabs mandatory but has stricter rules in place for players who are unvaccinated.

Kyrie Irving is among the stars who has not been inoculated, and faces missing all of the Brooklyn Nets' home matches at the Barclays Centre because of New York City's vaccine mandate on indoor venues such as dining, fitness and entertainment facilities as well as some meeting spaces.

The Boston Marathon in Massachusetts is the world's longest-running annual marathon, but the in-person event was cancelled for the first time in its history last year because of the pandemic, with a virtual alternative running instead.

It is usually held on the third Monday of April, but this date was delayed until October for 2021.