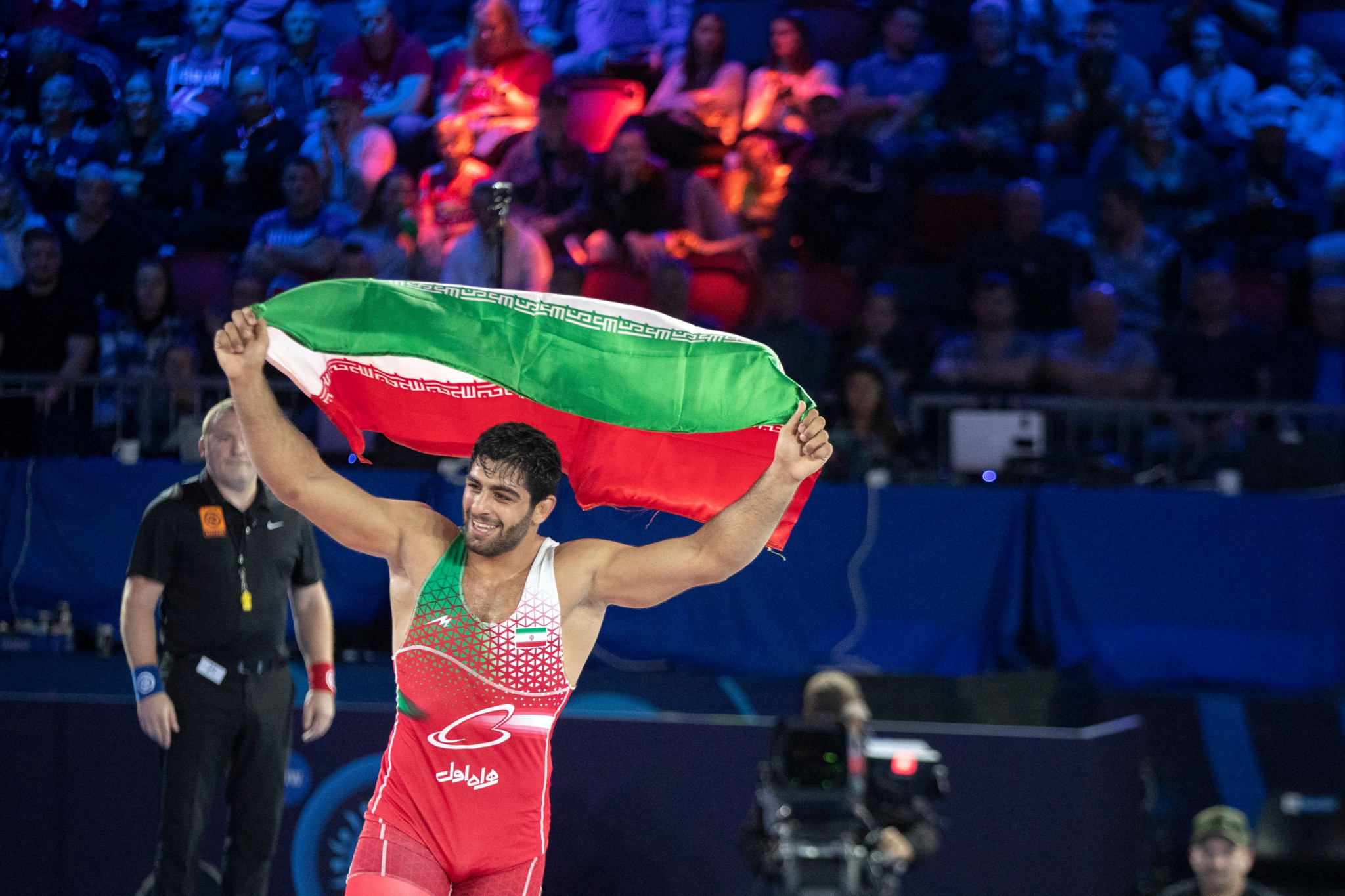 Mohammadhadi Abdollah Saravi built on his bronze medal at Tokyo 2020 by clinching the Greco-Roman under-97 kilogram title as Iran took two golds on the penultimate day of the United World Wrestling (UWW) World Championships in the Norwegian capital Oslo.

Saravi notched a 3-1 victory against Hungary's Alex Gergo Szőke, after which he said: "I am proud to make the people of Iran proud and dedicate this medal to them.

"I was expecting this medal in the Olympics but could not get it, so this meant something special here."

American Tracy Gangelo Hancock was leading Germany's Peter Oehler 3-0 when his opponent retired through injury in the first bronze medal bout, while the Russian Wrestling Federation's (RWF) Artur Sargsian triumphed 6-1 against Italy's Nikoloz Kakhelashvili in the other.

Iran's other gold came courtesy of Aliakbar Hossein Yousofiahmadchali in the over-130kg category as four stepouts helped him to a 5-1 win against the RWF's Zurabi Gedekhauri.

Home favourite Oskar Marvik earned Norway's first medal as he beat Chile's Yasmani Acosta to claim bronze, with Georgia's Tokyo 2020 silver medallist Iakobi Kajaia bouncing back from his defeat to Gedekhauri yesterday to see off Turkey's Osman Yildirim 2-1 and secure a place on the podium.

Tomorrow marks the final day of competition at the UWW World Championships.

The only reigning Greco-Roman Olympic champion featuring in Oslo in Mohammadreza Abdolhamid Geraei looks at adding an under-67kg world title to his name against Nazir Rachidovitch Abdullaev of the RWF.

Zurabi Datunashvili of Serbia will hope to build on his Tokyo 2020 bronze in the under-87kg final against Belarus' Kiryl Maskevich, while the other gold medal bout is in the under-63kg between Georgia's Leri Abuladze and Meysam Karamali Dalkhani of Iran.