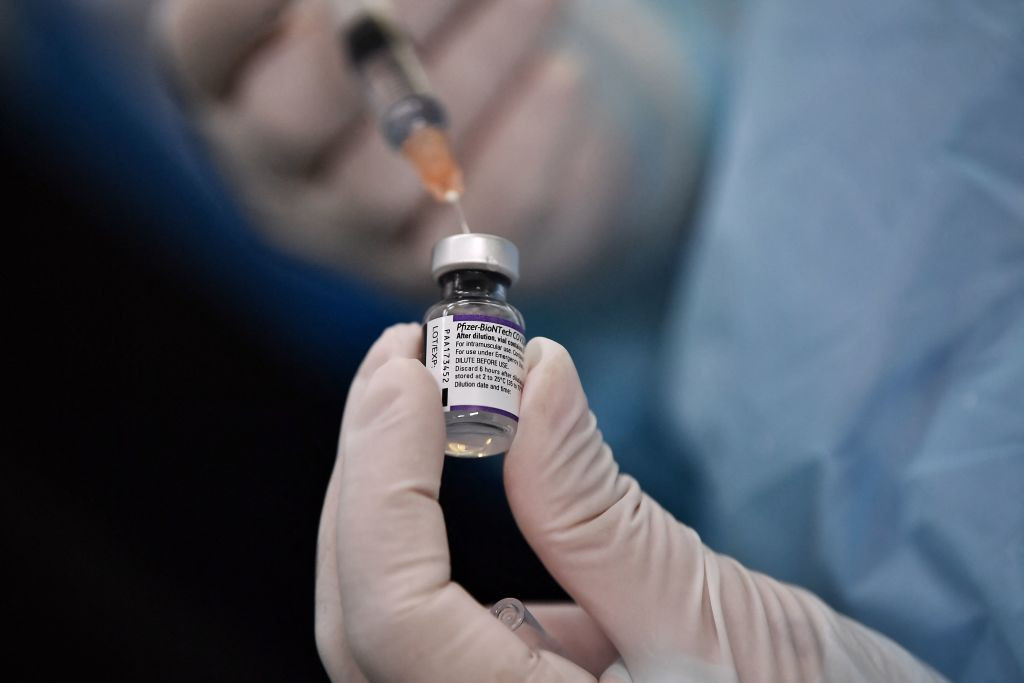 FIFA has urged players to get vaccinated against COVID-19 amid concern over low take-up rates in some of the world's top domestic leagues.

World football's governing body said in a statement that it "encourages vaccinations" in its first direct call to footballers to receive the jab.

FIFA added it "endorses the World Health Organization’s position: safe, fair, and equitable access is critical in all countries".

"Players should not receive priority access to vaccines," the organisation added.

FIFA also said it welcomes an agreement reached between the Premier League and British Government, which has allowed fully-vaccinated players to travel to red-list countries during this international break.

It comes after the last window was plagued by controversy and chaos caused by coronavirus-related restrictions.

Players will be able to train and play during their 10-day quarantine period when they return from nations, including Argentina and Brazil.

They will be quarantined at "bespoke facilities" for the 10 days.

The Premier League is attempting to avoid a repeat of the last international break, where it refused to release players who were due to represent their countries in red-list nations.

It sparked a clash with FIFA and led to four National Associations initially banning their players from featuring for their clubs before they withdrew their complaints.

"We have worked closely with the UK Government, Football Association and Premier League to find a reasonable solution, in the interests of everyone, and we believe this is a much more desirable solution to the situation that players faced in September," FIFA said.

"FIFA believes this is a positive step in the right direction and appreciates the support and cooperation from all stakeholders in the game during a challenging period.

"We acknowledge this decision does not help every player and we remain committed to further improving the situation for upcoming windows and joining discussions to explain more about the many measures we are putting in place to reduce the risks of COVID-19 transmission into the community as a result of player travel."

According to most recent data, seven of the 20 Premier League clubs have more than half of their players fully vaccinated.