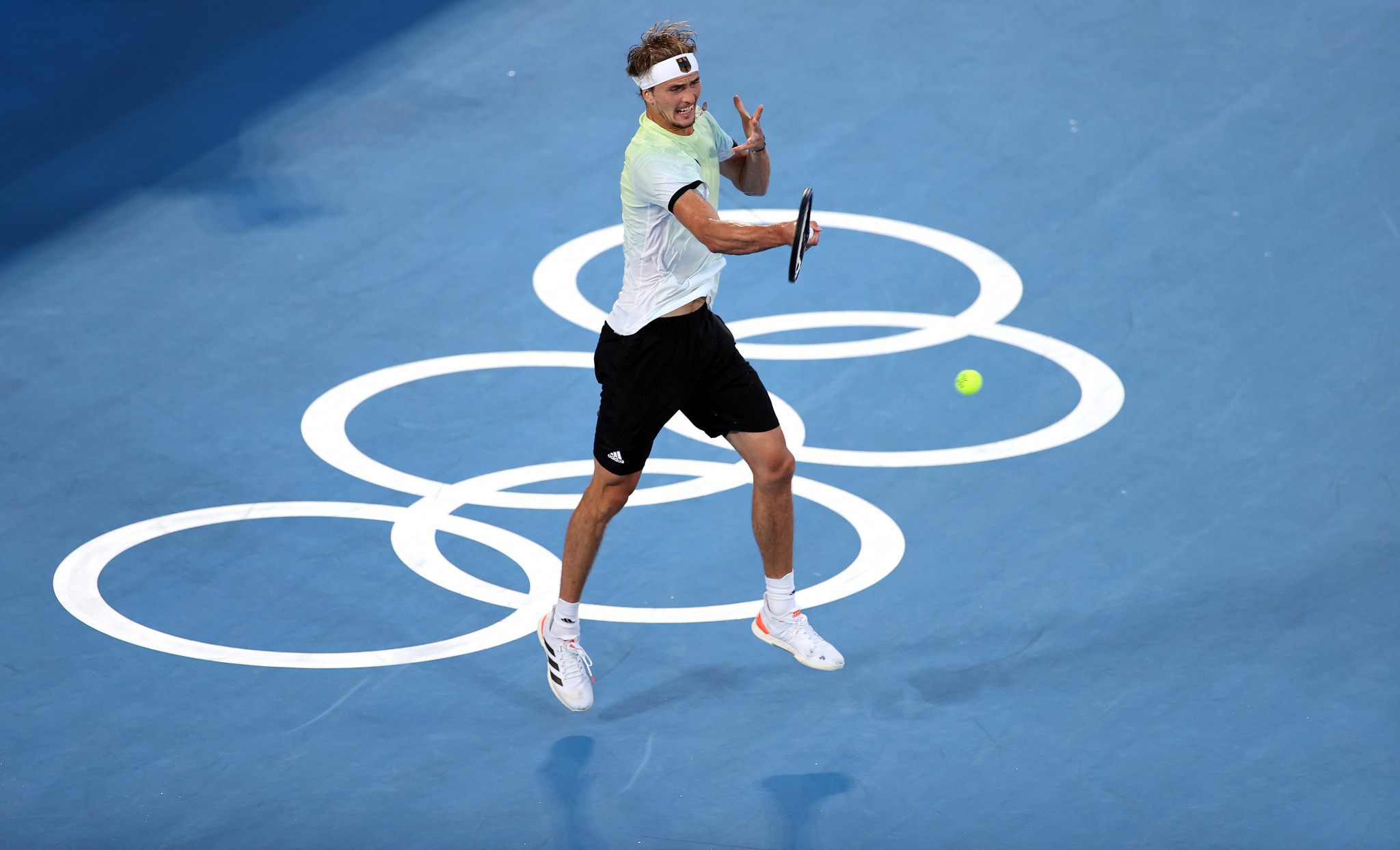 The Association of Tennis Professionals (ATP) has launched an investigation into domestic violence allegations made against Olympic champion Alexander Zverev - almost a year after the accusations first surfaced.

The ATP had faced criticism for its lack of action on the matter, but has now opened an investigation into claims Zverev behaved violently towards his partner at an ATP Masters 1000 tournament in Shanghai in 2019.

The German has been accused by former partner Olga Sharypova of being violent - including punching Sharypova and suffocating her with a pillow - as well as behaving in a controlling manner.

The abuse culminated in Sharypova attempting to end her own life, she says.

It took place over a number of months and at a number of tournaments - including the 2019 Laver Cup in Geneva, when Sharypova says she was punched in the face for the first time, which led to her injecting herself with insulin, potentially deadly for someone who is not diabetic, and it is claimed that a Laver Cup official later convinced her to open a locked bathroom door to be given medication to counteract the insulin.

Commentator Mary Carillo last month told the Behind The Racquet podcast that she was not working at the Laver Cup this year because she would not have been allowed to mention the allegations against Zverev.

The 2019 tournament in Shanghai is the primary event named which is run by the ATP, which explains the scope of its investigation.

It does not currently have a policy on domestic abuse, but said in a statement that it "fully condemns any form of violence or abuse and will investigate such allegations related to conduct at an ATP member tournament".

Chief executive Massimo Calvelli added: "The allegations raised against Alexander Zverev are serious and we have a responsibility to address them.

"We hope our investigation will allow us to establish the facts and determine appropriate follow-up action.

"We understand Zverev welcomes our investigation and acknowledge that he has denied all allegations.

"We will also be monitoring any further legal developments following the preliminary injunction obtained by Zverev in the German Courts."

Zverev has consistently denied the allegations and at this year's US Open, when they resurfaced, said he would no longer answer questions on the subject.

The German has also said he intends to take legal action against both Sharypova and Racquet Magazine, the publication which first reported Sharypova's allegations in English in the form a long interview.

The ATP's announcement that an "internal investigation" into Zverev has been launched coincides with men's tennis' governing body receiving the Independent Safeguarding Report it commissioned earlier this year.

It will shape a "longer-term safeguarding strategy relating to all matters of abuse, including domestic violence", the ATP promises.

"We are committed to making meaningful steps forward and know this won’t be an overnight process," insisted Calvelli.

Zverev, 24, won the Olympic men's singles gold medal earlier this year at Tokyo 2020 - the biggest victory of his career, along with winning the ATP Finals in 2018.

He also reached two Grand Slam semi-finals in 2020 - at the French Open and later the US Open, where the allegations against him resurfaced and the ATP came under further pressure to take action.