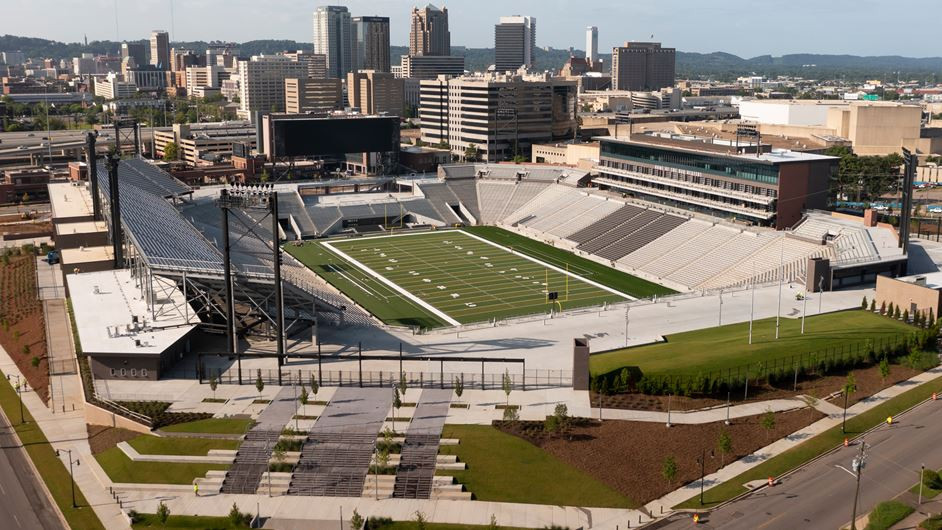 Protective Stadium, a key World Games venue due to stage the Birmingham 2022 Opening and Closing Ceremonies, has witnessed its grand opening.

The 45,000-capacity venue was used by the University of Alabama at Birmingham (UAB) Blazers gridiron football team as they took on the Liberty Flames.

UAB lost the game 36-12, but did score the first points at the venue via a Matthew Quinn field goal.

A fireworks show followed the conclusion of the game, while lightning had earlier threatened to disrupt pre-game festivities but the electrical storm was short-lived.

Protective Stadium is the new permanent home of the Blazers college football team, after the programme returned in 2017 having been scrapped three years earlier.

It cost $180 million (£140 million/€150 million) to build and is owned and operated by the Birmingham-Jefferson Convention Complex Authority, with funding coming for the Birmingham City Council, UAB and the university's corporate partners, among other sources

The stadium is named after the insurance company of the same name, which is headquartered in Birmingham and purchased the naming rights.

Come the 2022 World Games, both the Opening Ceremony and Closing Ceremony will be staged at Protective Stadium.

Funk musician Bootsy Collins has been named the Master of the Ceremonies for the 2022 World Games, so will feature prominently.