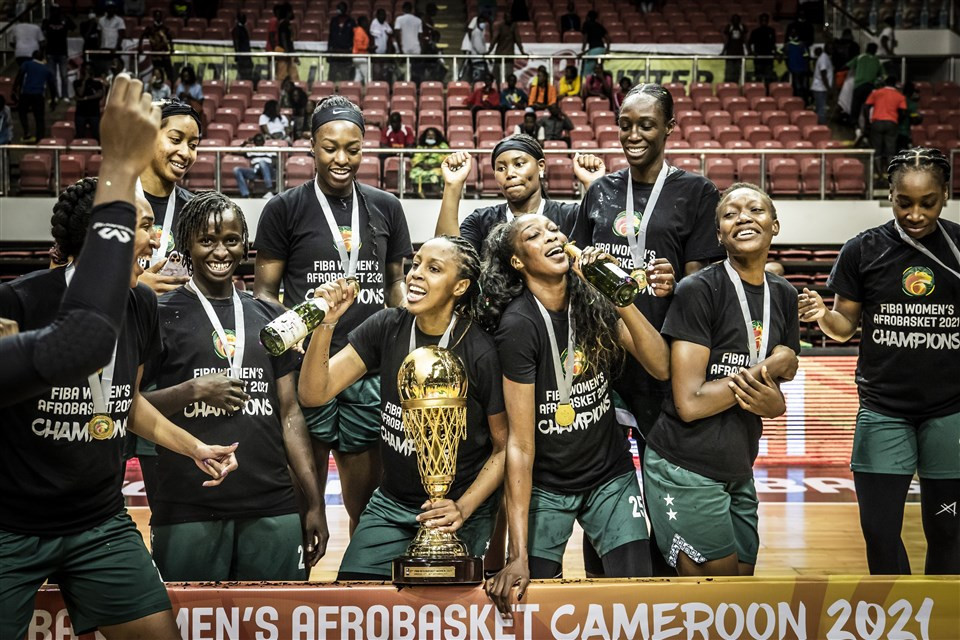 Nigeria have won a third consecutive International Basketball Federation (FIBA) Women's AfroBasket title courtesy of a 70-59 victory against Mali in the final at the Yaoundé Multipurpose Sports Complex the in Cameroonian capital.

Captain Adaora Elonu notched 12 points, four rebounds, two assists and one block in the final to help her side to victory, and was later named the tournament's Most Valuable Player (MVP).

Nigeria, Africa's top-ranked nation by FIBA, beat the Ivory Coast 72-56 in the quarter-finals and Senegal 73-63 in the last four to reach the final.

Centre Victoria Macaulay scored 15 points against Mali as they earned gold medal in the event for the fifth time.

Mali meanwhile secured a dramatic, single-point 52-51 victory against hosts Cameroon in the semi-finals, having overcome 2011 and 2013 champions Angola in the previous round.

The eventual winners topped Group B with wins against Angola and Mozambique, while the silver medallists won Group D at the expense of the Ivorians and Tunisia.

Cameroon had home advantage and earned bronze courtesy of a 53-49 triumph against Senegal, denying their opponents a podium finish at the Women's AfroBasket for the first time since 1986.

The hosts had won Group A by beating Kenya and Cape Verde, and defeated Egypt 67-61 in the quarter-finals before their narrow loss to Mali.

Senegal clinched top spot in a group featuring Egypt and Guinea, and recorded an impressive 74-46 win against Mozambique in the last eight before coming unstuck against Nigeria.

Egypt's Nadine Mohamed Sayed Soliman Mohamed top scored for the tournament with 101 points, with Tamara Seda of Mozambique the best rebounder on 52.