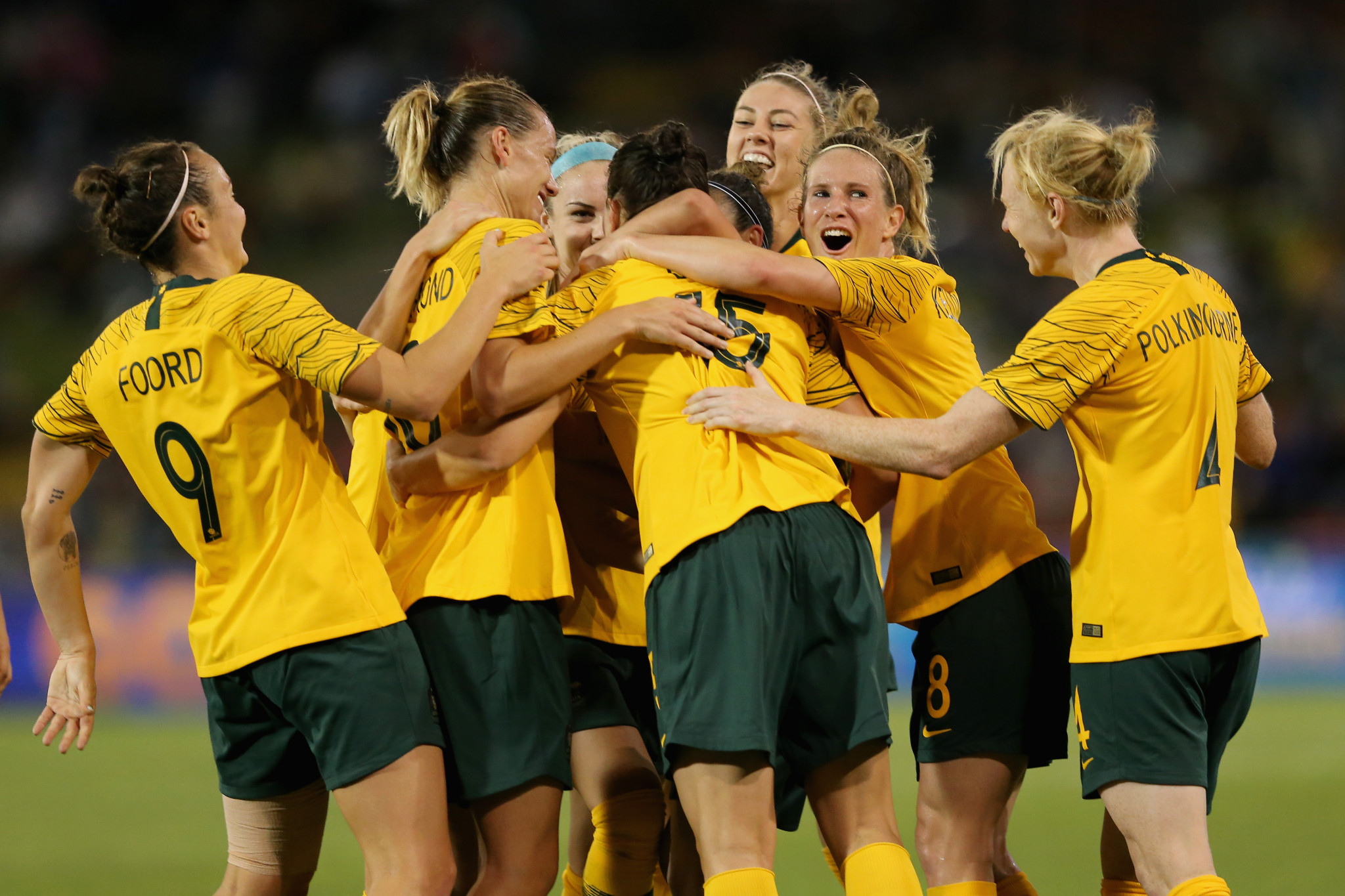 Australia's women's football team are to play Brazil in two matches in Sydney next month, marking a rare occasion where an international event in the country has been added to a schedule hit hard by the COVID-19 pandemic.

Numerous international sports competitions in Australia have been canceled due to the health crisis - with England's netball series axed just yesterday - and Australian teams have withdrawn from tournaments such as the Junior Hockey World Cups, an Olympic baseball qualifier and the Rugby League World Cup.

Brazil and Australia, who are among the best women's football teams in the world, are to play at Commbank Stadium in western Sydney on October 23 and 26.

Australia's team last played on home soil against Vietnam in an Olympic playoff in March 2020.

The matches have been approved by the New South Wales Government, which gave a green light to Football Australia's Quarantine Management Plan.

Football Australia is hoping to also host a men's football qualifier for the 2022 FIFA World Cup against Saudi Arabia in Sydney on November 11.

Their next tie against Oman on October 7 is to be played outside the country, in a location yet to be determined.

"We have made it our priority to bring our national teams home for international football so this is a phenomenal outcome for Australian football and one which we have been working tirelessly towards behind the scenes with both the Federal and NSW Government for a considerable amount of time now and appreciate the efforts of the NSW Government in particular," said Football Australia chief executive James Johnson.

"International football is unique in that players are only made available during an international window of nine days.

"With many of our Matildas and Socceroos based overseas, the 14-day compulsory quarantine period for international arrivals effectively rendered any international football in Australia impossible.

"Our team at Football Australia put together a submission based on global best practice, focused on ensuring the safety and wellbeing of players and staff, which has been accepted by the NSW Government and aligns nicely with its roadmap to opening up.

"The new arrangement, which is the first for any sport in Australia, allows international football to be played within the defined quarantine period, under strict guidelines."

Football Australia said its approved Quarantine Management Plan was "based on global best practice, a first of its kind of any international sporting codes in Australia", and will operate "within Government frameworks, protocols, and vaccination roadmaps".

England and Australia's netball series was the latest sporting event in the country cancelled due to COVID-19 travel restrictions, as the visitors were not able to receive exemption to arrive from New Zealand without restrictions after a quarantine-free travel bubble between the nations was closed on August 31.

The Ashes cricket series is also in doubt and Australian Prime Minister Scott Morrison recently said there would be "no special deals" for the England cricket team, who are expected to travel to the country for the fve-Test series in November.

Although the players will be allowed into Australia, Morrison said family and partners will not be permitted to travel for the six-week tour - something some England players have indicated will lead them to pull out.

Many players are to play in the T20 World Cup in the United Arab Emirates and Oman from October 17 to November 14 beforehand, meaning they could be away from loved ones for several months.