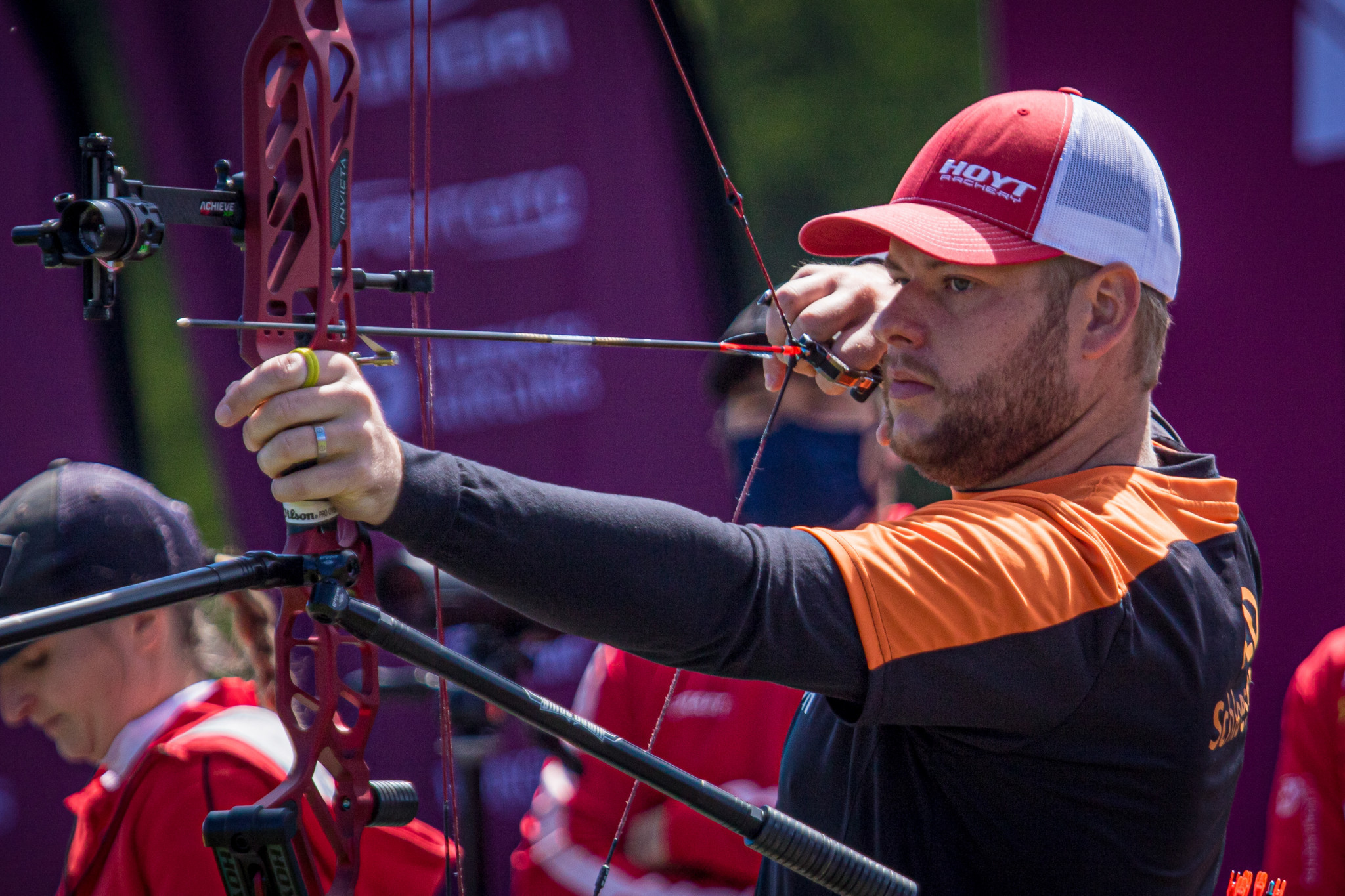 Four former world champions progressed as the World Archery Championships quarter-final line-ups for the compound and recurve competitions were decided in Yankton in the United States.

The pair were neck-and-neck for the first three sets before Yang scored 29 in the fourth and 28 in the final round.

The Dutchman won gold at the 2013 World Archery Championships in Belek in Turkey.

Canada's Christopher Perkins, who won the individual gold medal in 2011, comfortably beat Mario Vavro 147-144 as the Croatian failed to outscore his opponent on a single set.

Perkins will face Estonian Robin Jaatma after he was taken to a tiebreak by South Korea's Choi Yong-hee following a 146-146 draw.

The two-times world youth champion shot two perfect 10s to see off his challenger and advance to the next round.

In the women's compound tournament, Song Yun-soo of South Korea edged past Linda Ochoa-Anderson of the US.

The two-time gold medallist led the fixture from beginning to end as she took a 145-141 victory.

Eliminations day at the worlds.

Today, archers shoot for a spot in the last eight – and a chance to shoot for the world title in Yankton.#WorldChampionships #archery pic.twitter.com/jA08QxEjSx

The result meant that no compound archer from the host nation made it to the last eight.

The world number 20 won the first two sets before losing her composure and dropping three points in the third.

The defending champion then took control to see out the remainder of the match.

Meanwhile in the men's individual recurve, world number one and tournament favourite Brady Ellison was taken to five sets by Italy's Alessandro Paoli.

The American eventually won the tie 6-4 after clinching the deciding set 29-28.

In the women's tournament, Tokyo 2020 gold medallist An San of South Korea continued her formidable form as she whitewashed Italy's Chiara Rebagliati 6-0.

She will face world number 17 Yasemin Anagöz of Turkey in the quarter-finals on Sunday (September 26).