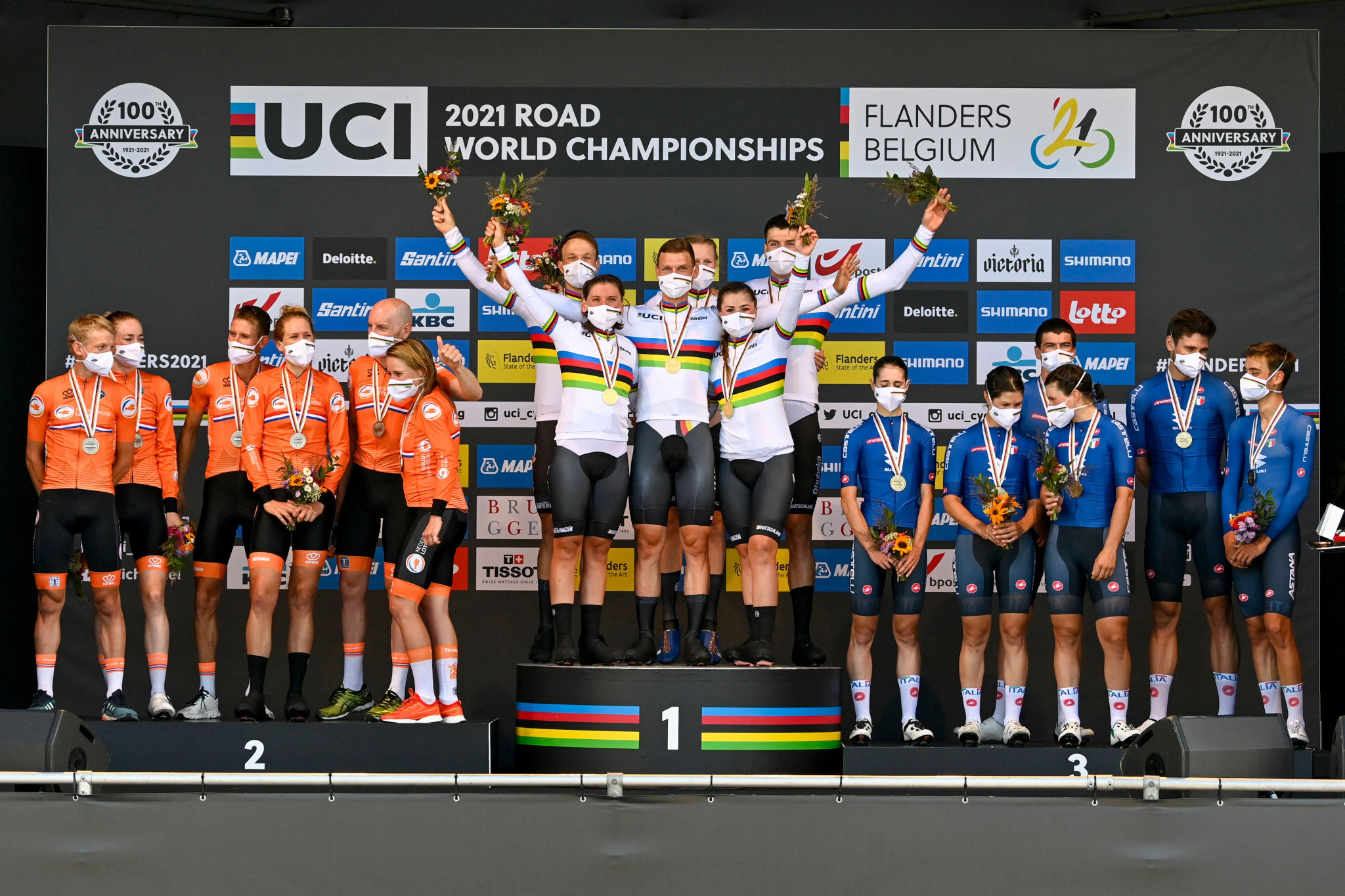 The discipline, making only its second appearance in the championships 100-year history, saw three men ride 22.5 kilometres from Knokke-Heist to Bruges, before three women rode 22km around Bruges.

The Netherlands, who triumphed the previous time this discipline was contested at the Road World Championships, earned silver.

Following a rest day tomorrow, action is scheduled to continue on Friday (September 24) with the men’s junior road race in Leuven and the men’s under-23 road race in Antwerp.