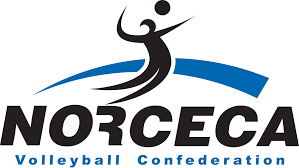 Gaila Gonzalez and the veteran Prisilla Rivera, who is retiring after this competition, shared the top-scoring honours as they both racked up 14 points.

"Today we had a more pressured game which was important because tomorrow we have to play a final," said Dominican Republic coach Marcos Kwiek.

"We served hard today, but they had a better reception which was also important because they put more pressure on us and we responded well.

"We were almost perfect on all fundamentals."

There was drama in the other semi-final as Mexico guaranteed their first continental medal by recording a shock victory over the US.

It was also their first triumph over the US in 10 attempts.

Samantha Bricio and Maria Fernanda Rodríguez were the star performers for Mexico with 19 and 17 points respectively.

"The United States is a very prepared team, but in today's game we played very well as a team and that was an important factor," said Mexico's coach Rafael Petry.