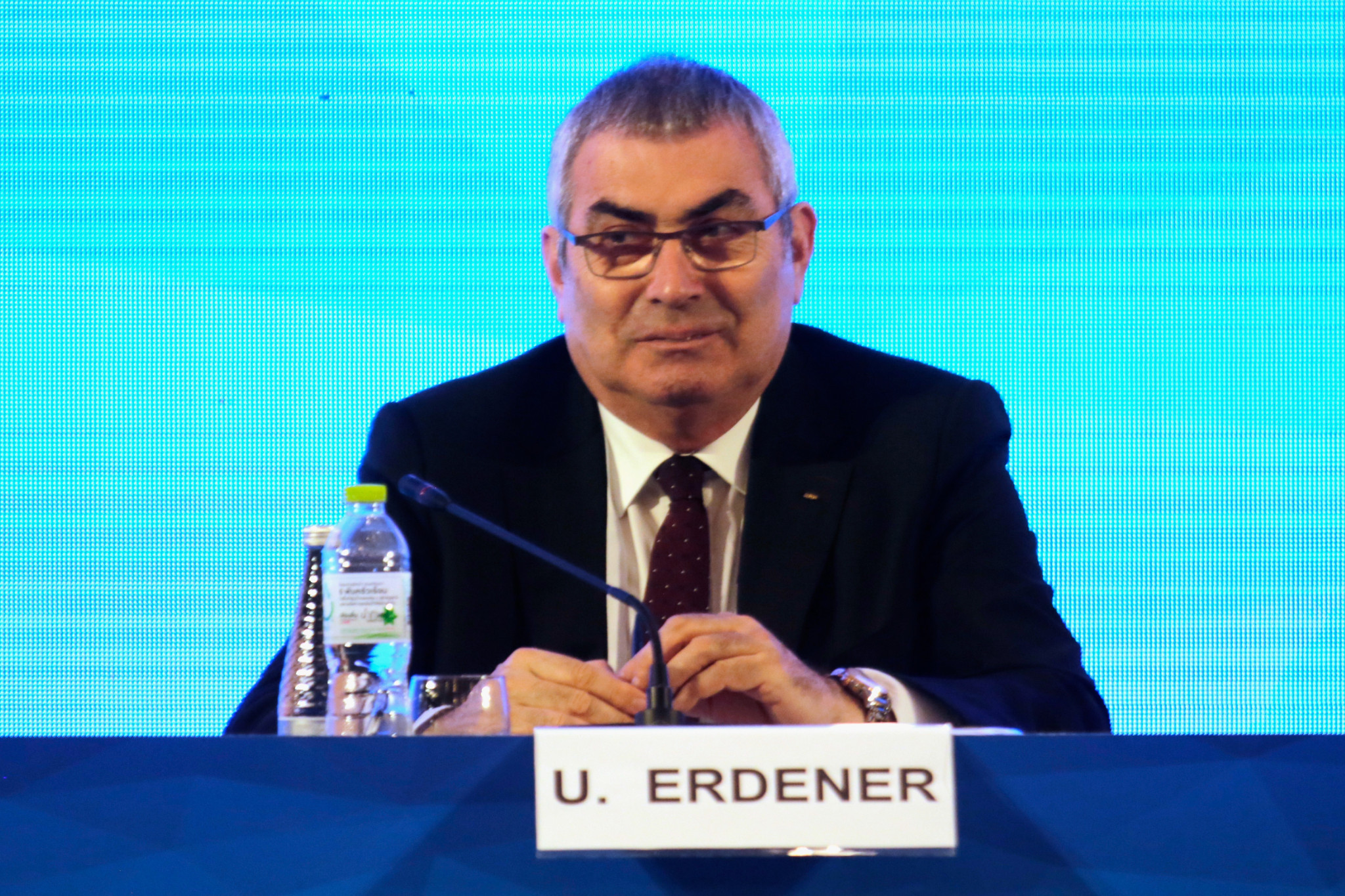 World Archery has re-elected Uğur Erdener as its President, after he stood unopposed today at the World Archery Congress in Yankton in the United States.

He received 190 of 191 votes, with one person abstaining.

"Thank you for the great support and trust in me and I will always try my best as always," said Erdener in his victory speech.

"I have a mission as always to take some good ideas for our bright future.

"We will discuss some new ideas, new issues during the next Congress altogether.

It will be his final term as President, having served since 2005.

The US' Greg Easton was re-elected to his position on the Executive Board with 172 votes, as was Russian Vladimir Esheev with 145 votes.

The third successful candidate was Sweden's Carina Olsson, who had 110 votes, dethroning Aladin Gabr from his position, with the Egyptian taking 103 votes.

Kyunghwan Choi of South Korea won 133 votes to take the first of three elected seats on the Constitution and Rules Committee, and was joined by Brazilian Alexandre Vecchio Passerini, who claimed 123 votes, and Constance Terrier of France who had 101 votes.

Ireland's Barry Brophy and Canada's Tyler Moore were elected to the Field and 3D Archery Committee with 158 and 125 votes each respectively.

Britain's Graham Potts secured 155 votes to be elected to the Judges Committee alongside India's Indranil Datta who received 148 votes.

Czech Republic's Hana Majarova was elected in the first round with 128 votes to make it onto the Coaches Committee.

Three members were elected to the Technical Committee, with Douglas Denton of the US receiving the most votes with 127.

Jonathan Shales of Britain and Sunghyun Park of South Korea were also elected in the first round with 125 and 100 votes respectively.

The Target Archery Committee elected three members - South Korea's Kyungmo Park received the most votes from the shortlist with 139, just ahead of American Robert Pian, while Maya Shalaby of Slovenia took the final position with 109 votes.

Canada's Anne Smith and Kim Youngsook of South Korea were elected to the Medical and Sports Sciences Committee with 118 and 110 votes each.

The third spot on the Committee went to Germany's Martin Bauer, who claimed the seat by a single vote in the third round over Guatemala's Carlos Hermes.

France's Dominique Ohlmann was given 145 votes to be elected first to the Para Archery Committee.

Denmark's Rolf Lind, Britain's Hilda Gibson and Singapore's David Tan were unanimously approved by the Congress to be appointed to the Finance and Audit Board.

The US' Marty Swanson, South Korea's Lee Dongmin and Guillermina Garcia Avila of Mexico were approved to be appointed for four years to the Board of Justice and Ethics, while the US Virgin Islands' Kevin d'Amour and Estonian Jaan Lott were appointed to two-year terms unanimously.

Away from the elections, a proposal to change age group names from cadet, junior and masters to under-18, under-21 and 50-plus was approved.

The green light was also given to World Archery to hold Congresses virtually in future if necessary.

Barebow will not be at the Target Archery World Championships in future after a motion was rejected, with only 82 of the 191 available votes in favour.

Qualifying will remain at 72 arrows instead of 60 after a vote did not receive a two-thirds majority.

Bahrain, Jamaica, St Vincent and the Grenadines, and Yemen were accepted as full members of World Archery, while Suriname was expelled, leaving membership at 165 nations.

The Republic of Congo, North Korea, Laos, Lebanon, Senegal, Togo and Tonga were given final warnings over their membership.

Following the Congress, the World Archery Championships are set to get underway tomorrow in the South Dakota city.