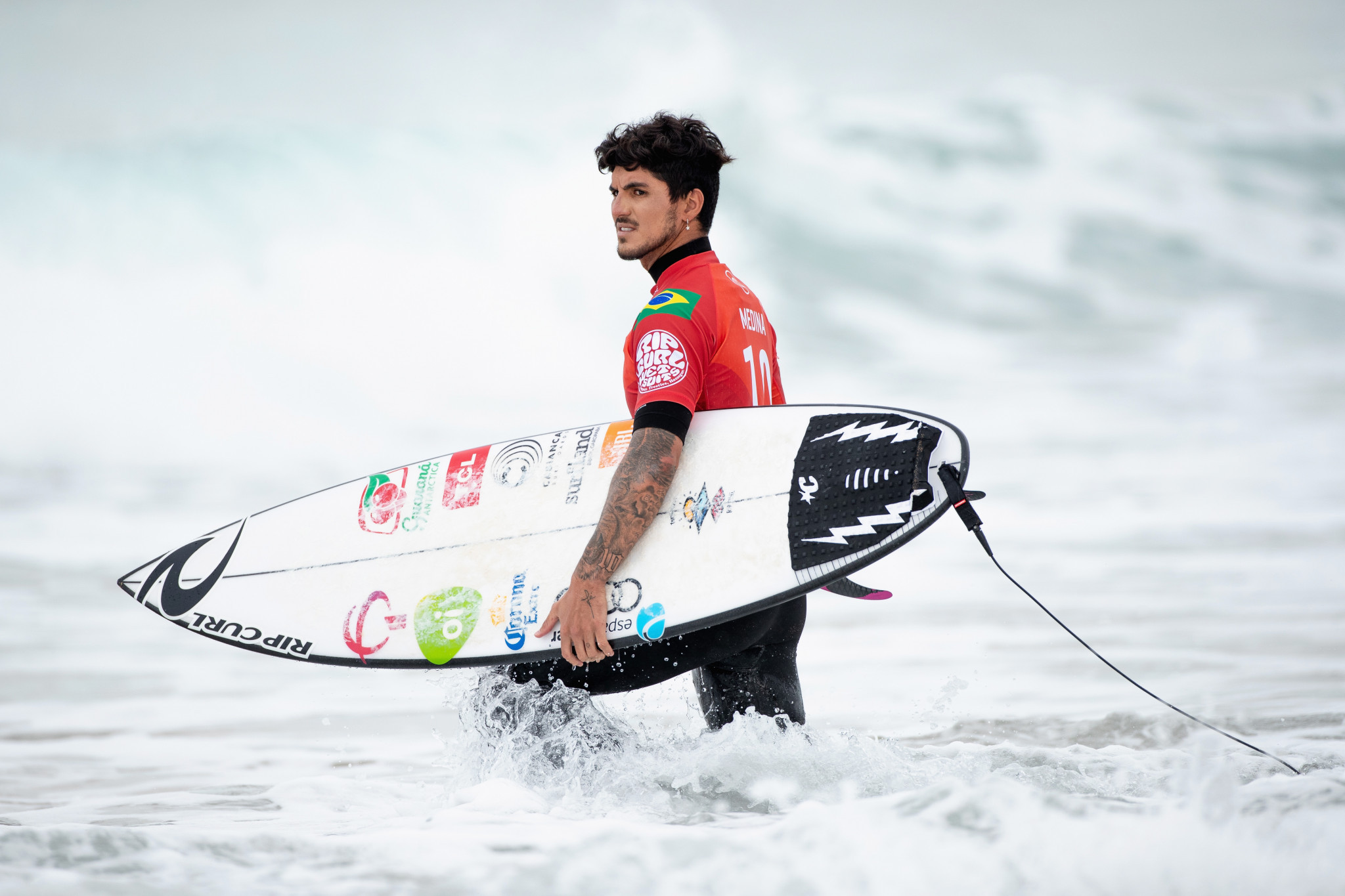 Medina, who went straight into the title match at Lower Trestles on the California coast by virtue of topping the WSL standings, won the best-of-three-heats final 2-0.

His two-wave score in the opening heat was 16.30 - compared to Toledo's 15.70 - and a Flintstone flip in the second heat helped Medina secure the crown.

Toledo had come through two contests - versus American Conner Coffin and Olympic champion Italo Ferreira of Brazil - to reach the title match.

Moore, the American Olympic champion out of Hawaii, faced Tatiana Weston-Webb in the women's title match.

A second shark sighting of the day delayed that contest, with the score 1-1, but Moore was not put off and produced four waves scoring 8.00 or more over the final two heats to seal a come-from-behind win.

Moore was the defending WSL champion and topped the regular-season standings, while Weston-Webb finished second and was seeking to come the first Brazilian woman to win the WSL's world title.

Instead it is Moore who wears the crown, for a fifth time, and is now one of only three women to reach that milestone.