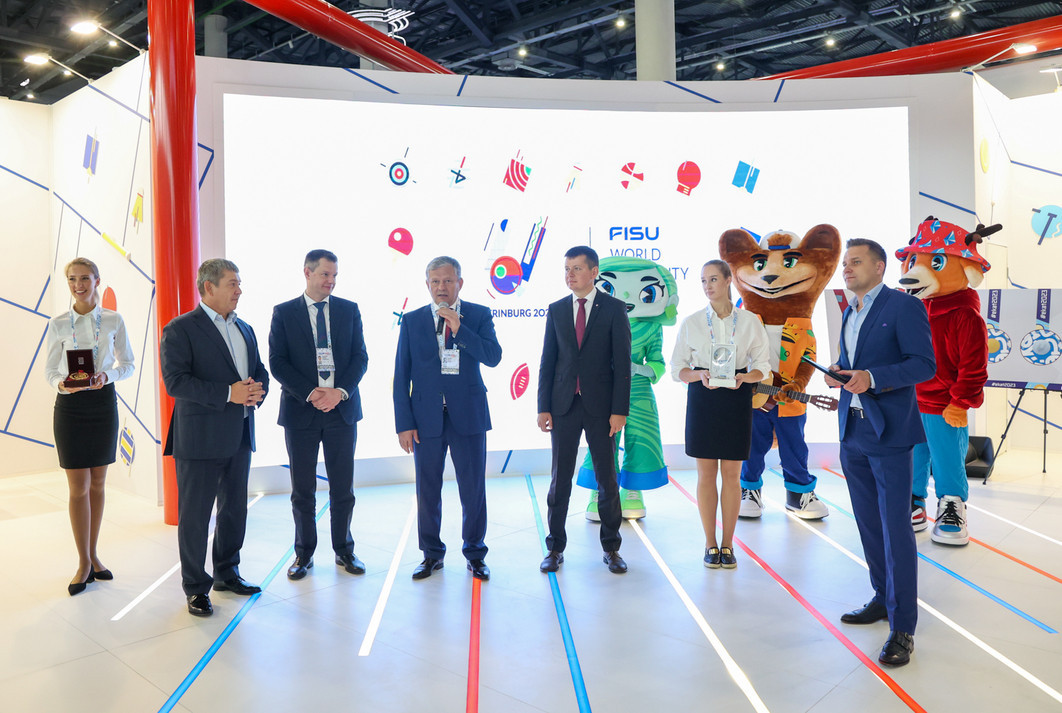 Torches and medals from previous editions of the Universiade held in Russia have been handed over to Yekaterinburg 2023 as the Russian city gears up preparations for the International University Sports Federation (FISU) Summer World University Games.

The Soviet Union held the Summer Universiade in its capital Moscow in 1973, but Russia held it for the first time as an independent nation in Kazan in 2013, before the winter edition took place in Krasnoyarsk in 2019.

The head of Yekaterinburg 2023, Alexander Chernov, received the torches and medals at a ceremony held at the Russia - Country of Sports Forum in Kazan, before they were then exhibited for visitors.

Chernov said the event helped to continue the legacy of the two Universiades held in Russia during the last decade.

"Today we pass onto our beloved Yekaterinburg not only the torches and medals of the incredibly successful hosting cities but their experience as well," he commented.

"Truth be told, the people who took part in preparing Kazan and Krasnoyarsk are now with us in Yekaterinburg.

"This is the most important legacy of the progressive development of and attitude towards sports that is being cultivated in our country."

They were handed over by Marat Bariev, a member of the Committee on Physical Culture, Sports, Tourism and Youth, and Maxim Urazov, a director of the department of the development of physical culture and mass sports at the country’s Ministry of Sports.

Bariev said the 2013 Summer Universiade in Kazan had "changed the face of the city, the face of student sports, and, perhaps, the face of sports in our country in general," and that he was pleased the FISU had granted the country hosting rights for 2023.

Urazov served as director-general for Krasnoyarsk 2019 and vowed to support organisers of Yekaterinburg 2023 with their preparations, revealing that a visit to the city in Sverdlovsk Oblast had already been planned.

The Winter Universiade is next due to be hosted in Lucerne in Switzerland this December, while the delayed 2021 Summer World University Games are scheduled for the Chinese city Chengdu from June 26 to July 7 2022.

The Yekaterinburg 2023 Summer World University Games are expected to take place from August 8 to 19.