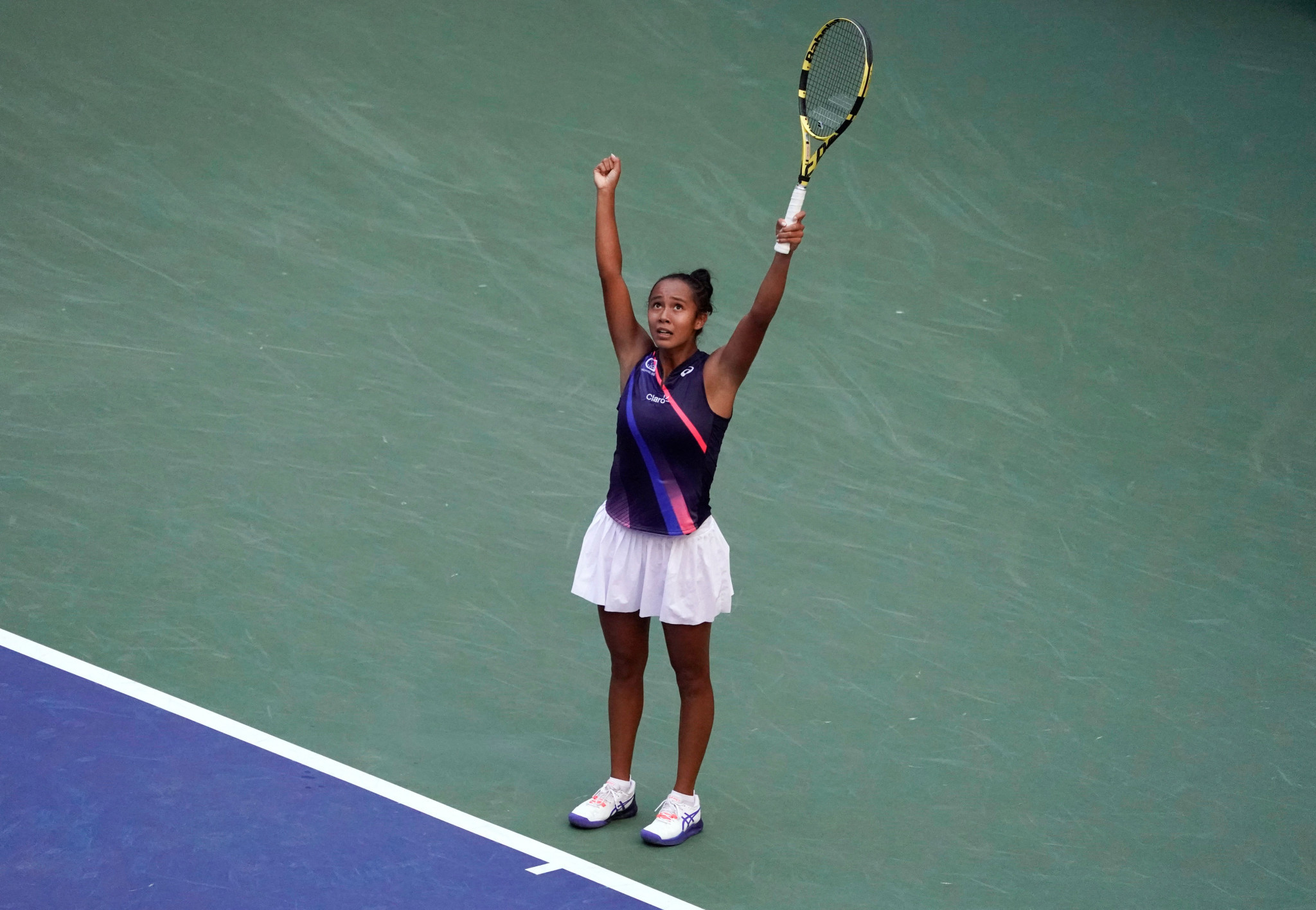 Leylah Fernandez's remarkable run at the US Open in New York City continued as the Canadian beat fifth seed Elina Svitolina to reach the semi-finals - one day after turning 19.

The first women's singles quarter-final went the distance, with a third-set tiebreak needed to separate the teenager and Ukraine's Svitolina at Arthur Ashe Stadium.

But it was Fernandez - playing in her first Grand Slam quarter-final, compared to a seventh for Svitolina - who emerged victorious, much to the delight of the American crowd which has fallen in love with Fernandez and her frantic brand of tennis this tournament.

Fernandez won the first set, breaking Svitolina at the third time of asking to take the opener 6-3.

Svitolina hit back to take the second set by the same scoreline, breaking twice, and the third set was then a topsy-turvy affair.

There were three consecutive breaks at one stage and Fernandez, having taken a 5-2 lead, found herself serving for the match, but two clutch holds from Svitolina either side of a break levelled proceedings at 5-5.

Back-to-back holds then meant a tiebreak was required and Fernandez raced into a  4-1 lead, before Svitolina once against levelled things up.

Svitolina produced eight aces and her first serve was a vital weapon, bailing her out to make the tiebreak score 5-5.

Yet a brilliant forehand down the line - aided by a small clip of the net - gave Fernandez match point, after which Svitolina sent a return long to bring a thrilling encounter to an end.

Fernandez is the youngest US Open semi-finalist since Maria Sharapova, the Russian multiple Grand Slam winner who would later be banned for doping, in 2005.

The left-hander is now due to play the world number two Aryna Sabalenka from Belarus in the semi-finals, after she beat Czech Republic’s Barbora Krejčíková in straight sets.

Sabalenka followed up her first appearance in a Grand Slam semi-final at Wimbledon by progressing 6-1, 6-4

It took 42 minutes for the Belarusian to take the first set, with her opponent Krejčíková, the French Open champion and seeded eighth at this tournament, completing only six of her 25 first serves.

Sabalenka then broke Krejčíková’s serve for the fourth time in the match in the first game of the second set, and held firm on her service games to set-up a clash with Fernandez.

The remaining quarter-finals are scheduled for tomorrow, involving British qualifier Emma Raducanu against Swiss Olympic champion Belinda Bencic - both of whom are yet to drop a set in New York City – and fourth seed Karolína Plíšková of Czech Republic against Greece’s Maria Sakkari.