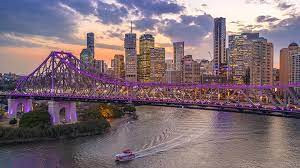 Brisbane and South-East Queensland (SEQ) is set to enjoy a decade long property boom following the decision to award it the 2032 Olympic and Paralympic Games, it has been predicted.

Property Investment Professionals of Australia (PIPA) chairman Peter Koulizos claimed the planned infrastructure improvements expected in the build up to the region hosting the Olympics and Paralympics will only make an area, already considered one of the most desirable areas in the country to live, more attractive.

Property prices and rents are already rising across SEQ, but the Olympics announcement in Tokyo in July is expected to mean the area will attract even more interest from investors.

"A study on six host cities, from Los Angeles in 1984 to Sydney in 2000, suggests that the impact on the economy and residential property prices is not even.

"It depends on the planning and the scale of the Olympic investment.

"Research on the London Olympics [in 2012] showed that areas close to Olympic facilities increased in value by two to five per cent higher than other areas."

PIPA has compared what happened to the market in Sydney after that city was awarded the 2000 Olympic and Paralympic Games.

"An investigation on the impact of the Sydney Olympics on the residential property market found that the markets of host suburbs experienced substantially higher growth during the bidding and pre-Olympic periods, but not after the Olympics were held," Koulizos said.

"PIPA has conducted research into Sydney’s residential property prices pre and post-Olympics that shows that from the time the announcement was made in September 1993 to the Olympics being held, Sydney was one of the best performing capital cities.

"However, post-Olympics, the rate of growth decreased significantly."

Over the next 11 years, Federal and State authorities are set to pour major resources and money into transforming Brisbane into a new world-class city, although the full cost remains unclear.

Brisbane’s Olympic master plan includes three main hubs in the State's south-east corner, which will host 28 sports split across them.

There are expected 21 venues in Brisbane, seven on the Gold Coast and four on the Sunshine Coast.

The Gabba, one of Australia’s most famous cricket grounds, will be the jewel in Brisbane's Olympic crown, hosting the athletics as well as the Opening and Closing Ceremonies.

The main Athletes' Village is due to be built on prime Brisbane waterfront real estate at Hamilton, with smaller accommodation options on the Gold Coast, Sunshine Coast and Kooralbyn, near the rowing venue.

The Village is expected to be sold as housing after the Games are finished.

Major infrastructure projects like Cross River Rail, Brisbane Metro and the Coomera Connector are already expected to be operating by the time of Brisbane 2032 as part of AUD$50 billion (£27 billion/$37 billion/€31 billion) investment programme planned by the Queensland Government before it was awarded the Olympic Games.

"Based on our research and analysis, it is obvious that Brisbane and SEQ will benefit from hosting the Olympic Games," Koulizos said.

"However, the benefits will vary depending on the location of Olympic facilities and the new infrastructure to be built, especially infrastructure that will better link the Sunshine Coast and Gold Coast to Brisbane."