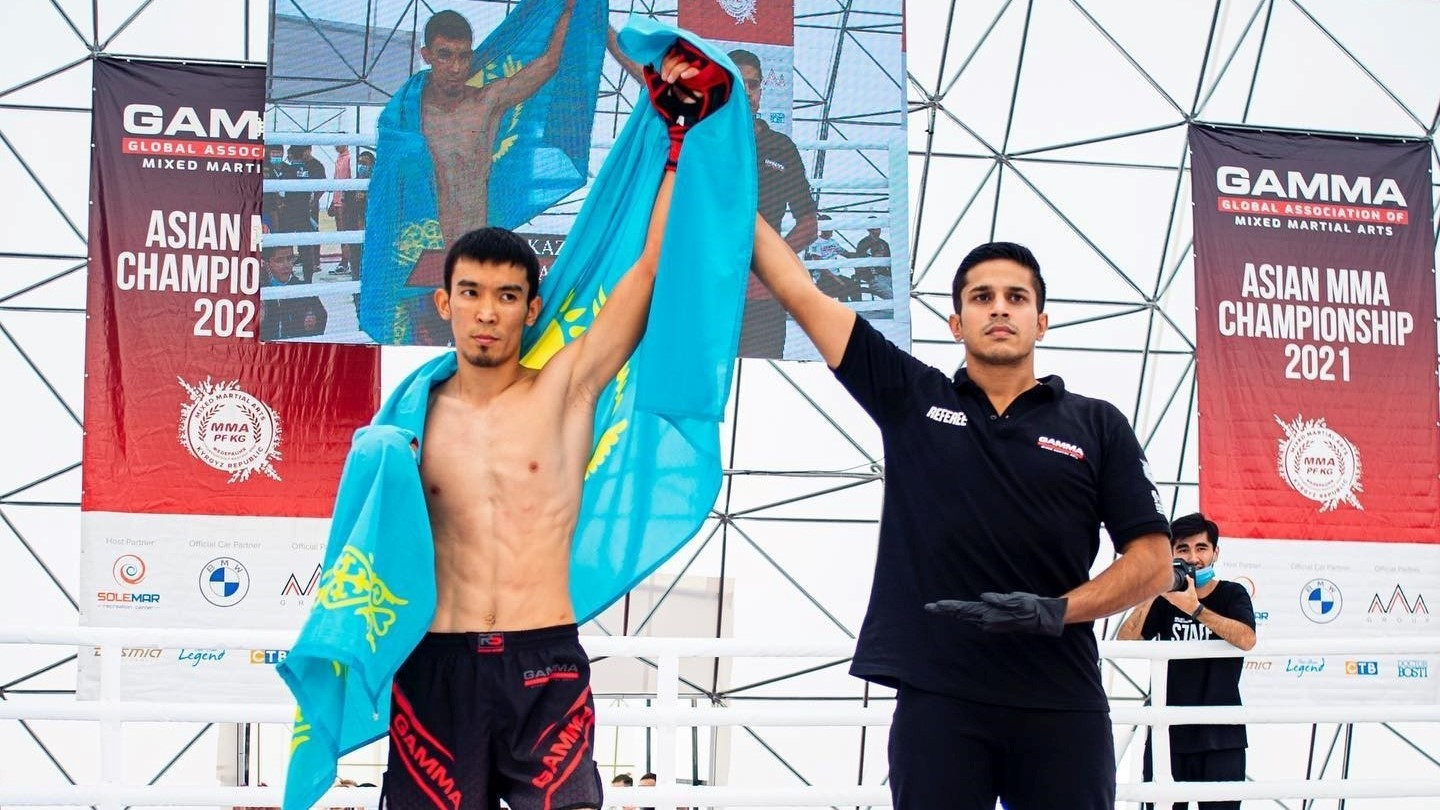 With 22 athletes in gold-medal matches, the Kazakhstan came in to the third and final day of competition preparing for a medal parade.

The march began early and continued until the final bout, which saw heavyweight Duman Balmukhanov defeat Kyrgyzstan’s Nursultan Tailakov in the under-93 kilograms elite men’s final.

Kazakhstan picked up its first gold when Alisher Kakimov scored a technical knockout against Aleksandr Kononenko of Kyrgyzstan in the first round of the under-61.2kg elite men’s striking MMA final.

Hosts Kyrgyzstan started the day off slow, but got on a roll midway through, eventually securing six gold medals in total, the last won by Murtazali Magomedov in the under-70.3kg elite men’s division.

It was a well-deserved win for Magomedov, and he left the ring to a roar of approval from the home crowd who witnessed their country win six silver and 10 bronze medals in addition to the golds.

In the under-47.6kg elite women’s final, Akshata Khadtare of India made quick work of Uzbekistan’s Munira Abdullaeva, taking the victory in the first round with a well-executed choke hold.

Thailand claimed it’s one and only medal at the event when Noelle Grandjean forced India’s Samata Sonavane to tap out just a minute into their under-52.2kg women’s final.

After Kazakhstan and Kyrgyzstan, India was next in the medal table as the country scooped up four gold, seven silver and 11 bronze medals.

Amid the action, GAMMA also announced that it had signed an agreement with Georgia for the country to stage the GAMMA European MMA Championships from October 5 to 10 this year.

The tournament was supposed to take place in Lamia in Greece but was moved to avoid putting further strain on the country as it is battling with the fallout from wildfires.