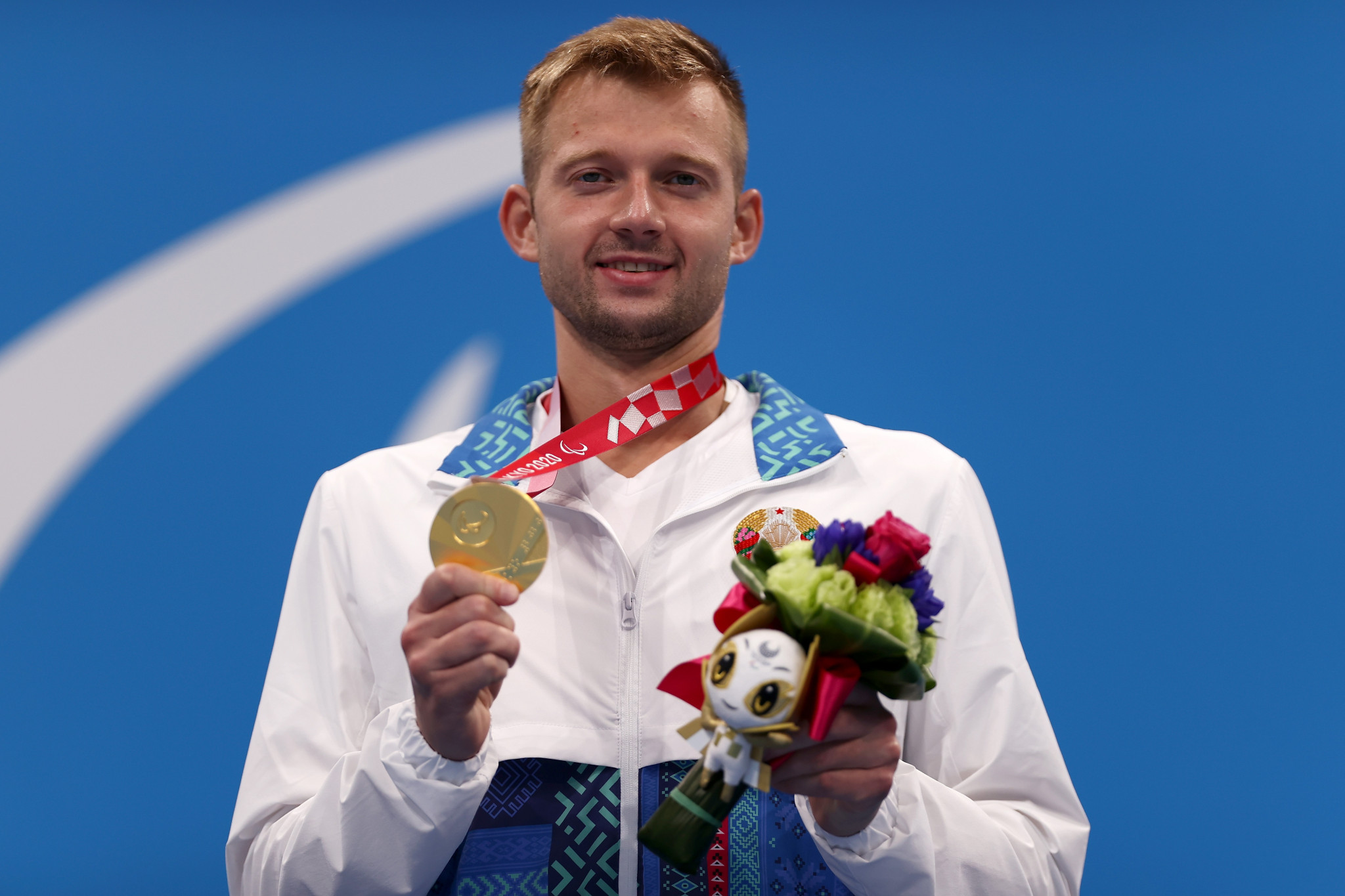 Belarus' Ihar Boki has set his sights on matching his gold-medal tally of six achieved at Rio 2016 after winning three titles in as many days at the Tokyo 2020 Paralympic Games here.

Boki has been in blistering form in the Japanese capital as he won the men’s S13 400-metre freestyle by almost four seconds.

It comes after his victories in the 100m backstroke and 100m butterfly in recent days.

Boki has now won 14 Paralympic golds in his career and is still to compete in the 50m freestyle, 100m breaststroke and 200m individual medley.

At Rio 2016, Boki’s tally of six golds was the most won by any athlete across all sports at the Games and the 27-year-old has the chance to equal that record in Tokyo.

"I trained a lot, so I believe that I can get it and that I can do it.

"But Rio was five years ago, so I was younger, and maybe it was in some way easier for me.

"I'm trying all my best to do the same, so we will see what happens."

China had a strong day in the pool, claiming a clean sweep in the men’s S5 50m butterfly.

Lu Dong then ensured further success for China when she won the women's S2 50m butterfly in 39.54.

Spain’s Fernandez Infante earned silver in 40.22 with Cheng Jiao becoming the second Chinese swimmer on the podium with bronze in 43.04.

There was also a double dose of success for the United States thanks to Robert Griswold and Mallory Weggemann.

Griswold broke the world record with a time of 1:02.55 to secure the men’s 100m backstroke S8 title.

Weggeman clocked 2:55.48 to finish ahead of compatriot Ahalya Lettenberger who touched the wall in 2:55.48.

Russell won the women’s 100m S12 backstroke in 108.44 to finish ahead of the Russian Paralympic Committee's (RPC) Daria Pikalova and Maria Carolina Gomas Santiago who came home in 1:08.76 and 1:09.18 respectively.

Gabriel Bandeira of Brazil had to settle for a silver in 1:52.74, while Viacheslav Emeliantsev of RPC bagged bronze in 1:55.58.

Britain also secured two medals in the women’s 200m freestyle S14 but it was RPC’s Valeriia Shabalina who emerged victorious in 2:03.71.

Bethany Firth and Jessica-Jane Applegate took the next two places in the podium, finishing in 2:03.99 and 2:09.53 respectively.

The opening final of today’s medal session was won by Azerbaijan's Raman Salei who registered a time of 1:01.27 in the men’s S12 100m backstroke.

New Zealand’s Tupou Neiufi topped the podium in the women’s S8 100m backstroke after touching the wall first in 1:16.84.

Ukraine’s Kateryna Denysenko finished two seconds behind Neiufi in 1:18.31 as Jessica Long of the United States claimed bronze in 1:18.55.

In the last race of the day, Ukraine’s Anna Stetsenko claimed gold in the women’s S12 400m freestyle.

Carlotta Gilli of Italy clinched silver in 4:26.14 with Katja Dedekind of Australia claiming bronze in 4:35.87.