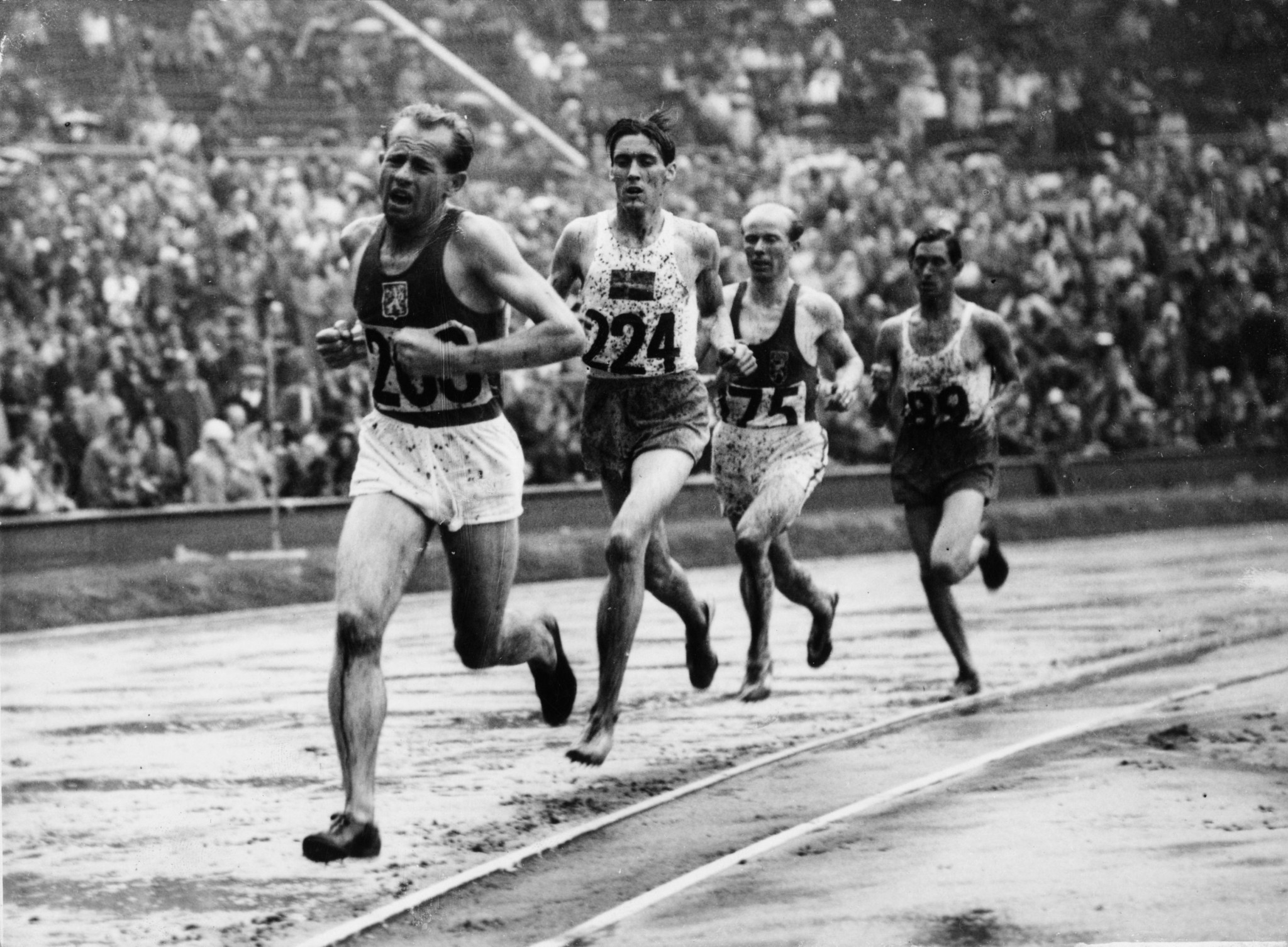 Zátopek triumphed in the men’s 10,000 metres and clinched silver in the 5,000m in the 1948 Olympic Games in London, before winning both events at Helsinki 1952 as well as the marathon, which extraordinarily he was running for the first time.

No athlete has won all three of the long-distance races at the same Games since.

Zátopek was the first athlete from the former Czechoslovakia to be awarded the Pierre de Coubertin prize by the International Fair Play Committee of the United Nations Educational, Scientific and Cultural Organization (UNESCO) in 1975.

Zátopek died aged 78 in Prague in November 2000, but in 2012 was inaugurated into the International Association of Athletics Federations, now World Athletics, Hall of Fame.

The film Zátopek has been directed by David Ondříček, and covers several key moments in the athlete’s life.

Kejval, an International Olympic Committee member, is delighted that the new film will share Zátopek’s story.

"Zátopek is arguably the greatest Olympian our country has ever produced and his legacy is felt not just in the Czech Republic but throughout long-distance running," the COC President said.

"He dominated the sport in his prime and pioneered training methods which are used to this day.

"At the COC, we are very proud that the film Zátopek will tell his inspiring story and rightly increase awareness around the world of what an incredible Olympian and human being that he was.

"The film also showcases the power of the Olympic values."

The plot begins in 1968 - the year of the Prague Spring protests - and charts Zátopek’s relationship with Australian long-distance runner Ron Clarke.

It also covers his relationship with his wife and fellow Olympian Dana Zátopková, who won a gold medal at Helsinki 1952 in the women’s javelin with what was an Olympic record throw of 50.47 metres, as well as a silver in the same event at Rome 1960.

Zátopková's gold came only a matter of minutes after Zátopek won the 5,000 metres.

Screenwriter, director and producer Ondříček explained what he hopes the film will achieve.

"The film is not educational, there’s no fear of a heavy story," he said.

"My hope is that people will be charmed by Zátopek‘s almost 'Forrest Gumpesque' personality and sail through his life story, which will captivate them as much as it did us who made the film."