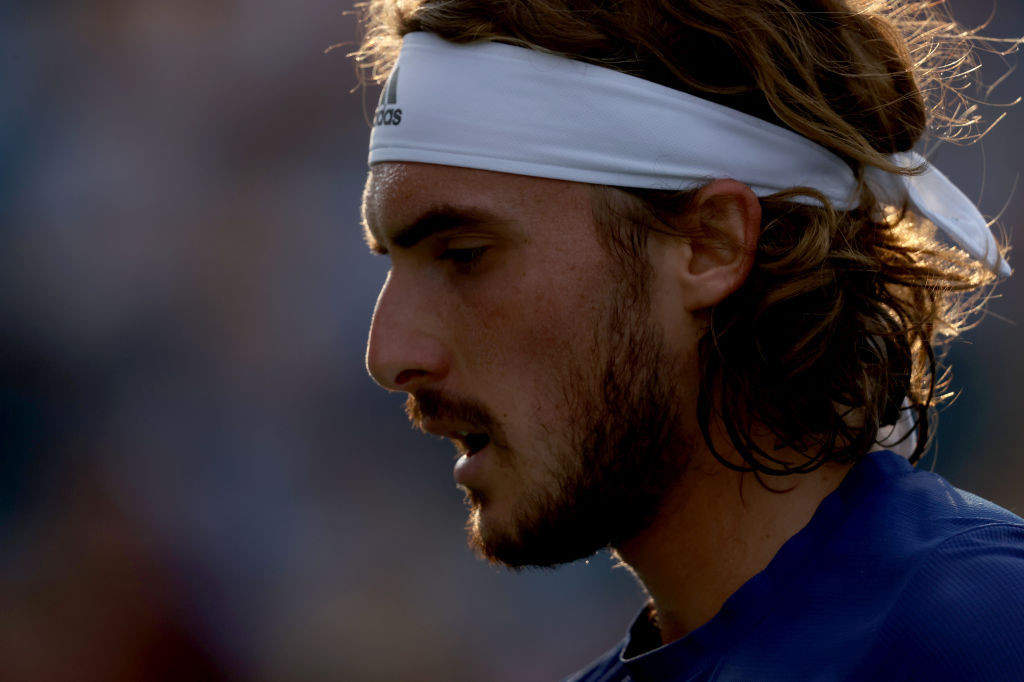 The Greek Government has claimed Stefanos Tsitsipas does not have enough knowledge about COVID-19 vaccines to form an opinion on the topic after he said he would not get the jab unless it became mandatory to compete on the Association of Tennis Professionals (ATP) Tour.

According to Greek media reports, Government spokesperson Giannis Oikonomou hit back at the comments from Tsitsipas, which sparked controversy during the Cincinnati Masters.

"He does not have the knowledge and studies to assess the need for vaccinations," Oikonomou said.

"Stefanos Tsitsipas is a great athlete, his skills in sports and his contribution to sports in the country is unquestionable.

"What is at stake, however, is his ability to assess the need for vaccinations or whether the vaccine has been tested for a sufficient period of time.

"He has neither the knowledge nor the studies nor the research work that would allow him to form an opinion about it."

The Greek Government will have been concerned Tsitsipas' comments could have a negative impact on its vaccination uptake, given his status in the nation.

There were significant demonstrations from anti-vaxxers in Athens last month after the Government announced mandatory COVID-19 vaccinations for all health workers, including those working in retirement homes.

Latest figures show Greece has vaccinated 5.61 million people - 52.3 per cent of the country's population - against COVID-19.

Greece has recorded more than 557,000 COVID-19 cases and at least 13,000 deaths from the novel coronavirus since the pandemic began last March.

The COVID-19 vaccine has also divided opinion in tennis.

In April, world number one Novak Djokovic said he hoped the COVID-19 vaccine would not become mandatory for ATP Tour players to compete and has declined to answer questions regarding his own vaccination status.

The Serbian caught COVID-19 after his ill-fated Adria Tour last year and has previously expressed scepticism when it comes to vaccines and accepted science.

But other high-profile names, including Roger Federer, Simona Halep and Rafael Nadal, have both said athletes need to play their part to help get life back to normality.