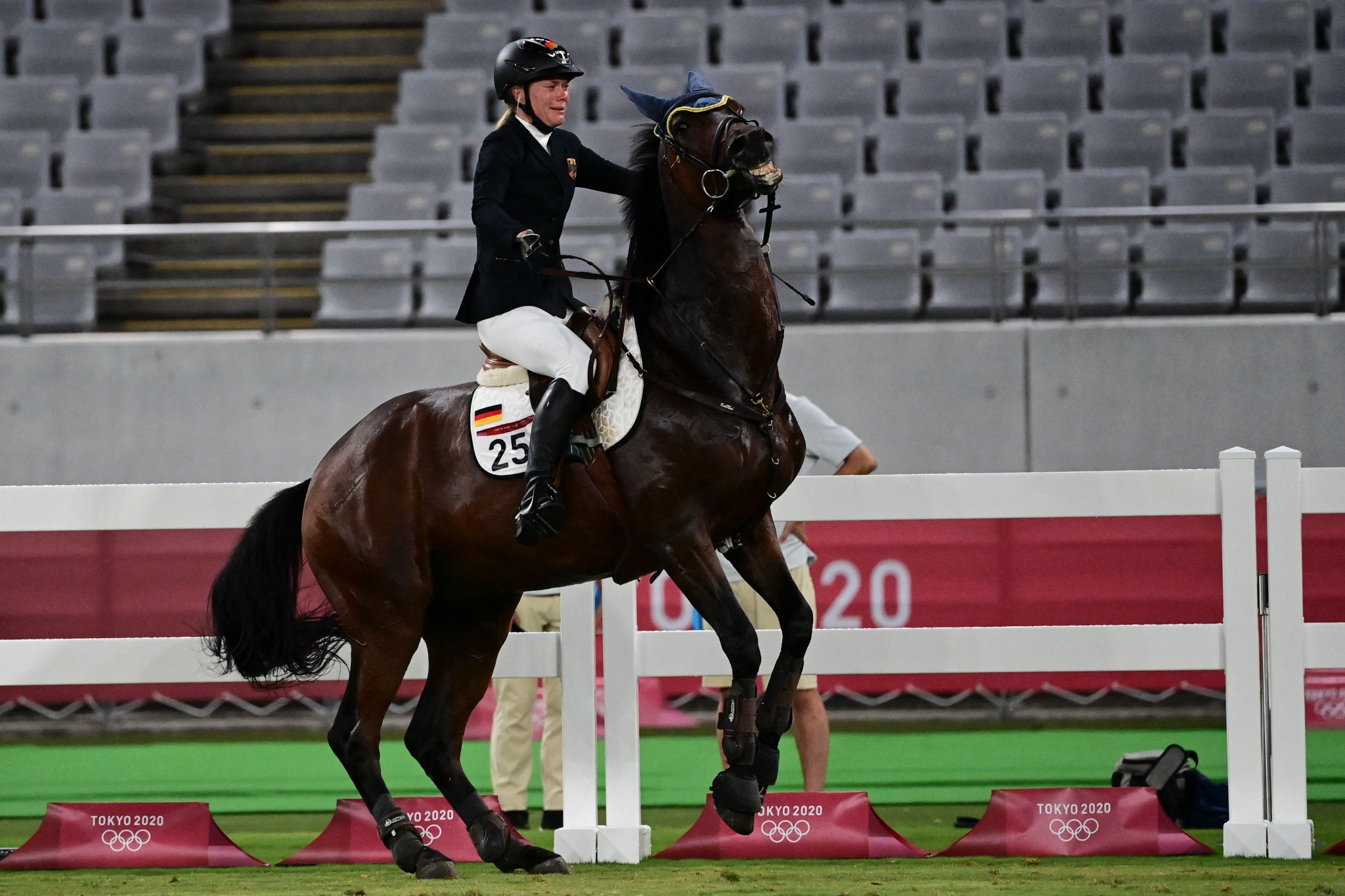 Pressure group People for the Ethical Treatment of Animals (PETA) has called for all equestrian events to be removed from the Olympics, in the wake of a Tokyo 2020 horse-abuse scandal and the death of another horse at the Games.

"Just as the Olympics evolved to include sports that are of current interest - like skateboarding, surfing, and sport climbing - in a world that increasingly refuses to accept abuse in any form, it’s time to remove sports that are no longer supported by the public," PETA's senior vice-president of the equine matters department, Kathy Guillermo, wrote in an open letter to International Olympic Committee President Thomas Bach.

"Otherwise, you risk losing your social license to operate."

The PETA call comes after German modern pentathlon trainer Kim Raisner was sent home from the Games in disgrace after being filmed hitting a distressed horse during the women's event.

The horse in question, Saint Boy, refused to jump for German pentathlete Annika Schleu - who had led the women's competition before the jumping element.

A distressed Saint Boy was also whipped by Schleu.

The International Modern Pentathlon Union (UIPM) is to form a Riding Working Group to review the equestrian element of the sport at Tokyo 2020, and rule changes are set to be put to the UIPM Congress in November.

UIPM President Klaus Schormann is to meet with International Equestrian Federation counterpart Ingmar de Vos, who has offered insights on horse welfare in jumping events, but if PETA gets its way neither sport will be on the Olympic programme moving forward.

Guillermo warned that "fines and suspensions aren’t enough to protect other horses from trainers who might commit similar offenses", before highlighting the cases of Jet Set - a horse ridden by Swiss Robin Godel that had to be put down because of injuries sustained during the cross country section of the Olympic eventing contest - and Kilkenny.

"And even though Kilkenny had blood pouring from his nostrils, Irish rider Cian O’Connor forced him to finish the course," wrote Guillermo of the individual jumping final.

"Officials made no effort to stop the competition immediately in order to check on the horse."

O'Connor and Kilkeny were later withdrawn from the team final.

Equestrian events first appeared at the Olympic in Paris in 1900, and some sort of horse-riding competition has featured at every Summer Games since London 1908.

Modern pentathlon, created by the founder of the modern Olympics, Baron Pierre de Coubertin, has appeared at every Games since Stockholm 1912.

PETA President Ingrid Newkirk added: "The Olympic Games showcase human athletes, not the ability to terrify and injure horses who don’t choose to compete yet are doing all the work, sometimes at the cost of their very lives."