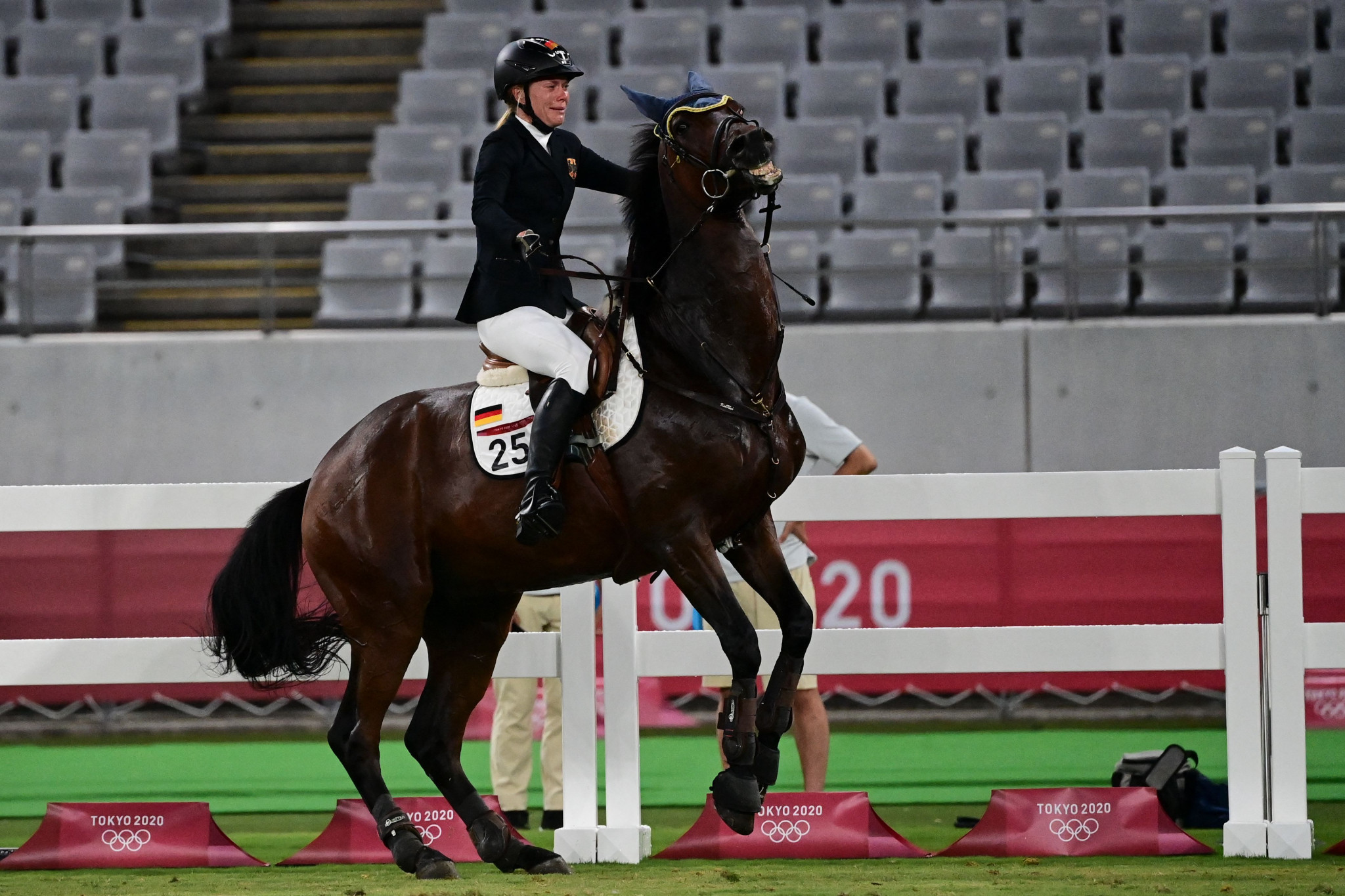 Changes to the riding element of modern pentathlon will be urgently discussed at the International Modern Pentathlon Union (UIPM) 2021 Congress in November following controversy in the women’s individual event here in which one of the horses refused to jump.

Germany’s Annika Schleu had led the competition before being partnered with a horse named Saint Boy for the third of the five disciplines.

The three-times Olympian, fourth at Rio 2016, was eliminated when the horse refused to jump.

Her trainer, Kim Raisner, was later sent home after footage appeared to show her punching the horse for not performing.

Saint Boy, randomly assigned from a pool of 18 horses, had also refused to jump for the 2017 world champion Gulnaz Gubaydullina of the Russian Olympic Committee.

Schleu and Gubaydullina finished 31st and 32nd respectively in an event won by Britain’s Kate French.

In a statement, the UIPM claimed it "regrets the trauma suffered by Saint Boy in this high-profile incident and has penalised the coach who violated the UIPM Competition Rules by striking the horse from outside the ring."

The statement added: "Not only will UIPM conduct a full review of the riding discipline of the women's modern pentathlon at the Tokyo 2020 Olympic Games; it will also reinforce the importance of horse welfare and athlete safety across the entire global competition structure.

"Although no athlete or horse was physically injured on August 6, the best possible safeguards must be in place to minimise risk in future.

"Changes in riding were already in the pipeline due to the new modern pentathlon format coming into force in 2022 for the Paris 2024 Olympic cycle.

"Horse welfare and athlete safety will be at the centre of this process and the UIPM 2021 Congress in November will provide an opportunity for UIPM’s national member federations to participate in a collective effort to secure the future of riding in modern pentathlon."

The events of August 6 in the Tokyo Stadium caused "distress both inside and outside the global UIPM Sports community," the statement maintained.

The UIPM continued: "Riding is an integral part of the modern pentathlon, as envisaged by Baron Pierre de Coubertin, who aimed to create the ultimate test of moral and physical qualities.

"The ability to control a horse in a competitive situation is part of the pentathlon toolkit - the Olympic champion must prove they can swim, fence, ride, shoot and run to a high level to earn the coveted gold medal.

"The unpredictability of athletes riding on unfamiliar drawn horses, with only 20 minutes to establish an understanding, is part of the dramatic spectacle that makes modern pentathlon unique and compelling.

"While the number of refusals and falls on August 6 was slightly above average, the Olympic Games is designed as the most challenging of all competitions.

"The experience of Annika Schleu and Gulnaz Gubaydullina on Saint Boy was unusual in high-level modern pentathlon, especially for riders of their proven ability.

"That said, UIPM has a duty of care to all participants in the competitions it oversees; this includes the Olympic Games and it includes horses."

The riding discipline involves show jumping over a 350 to 450 metres course with 12 to 15 obstacles.

Competitors are paired with horses in a draw 20 minutes before the start of the event.

To ensure fairness for all athletes, all horses which participate have successfully completed the set course.

This segment has received criticism for being perceived as being a lottery should an athlete draw an uncooperative horse, although others have argued that most incidents of horses refusing to jump are a result of poor rider ability, adopting behaviour that unsettles the horse.

Schleu, who finished in tears, has also faced a backlash against what some have seen as repeated use of the whip and rough handling of her horse.

Germany’s multiple Olympic dressage medallist Isabell Werth commented: "This has nothing to do with equestrian sport."