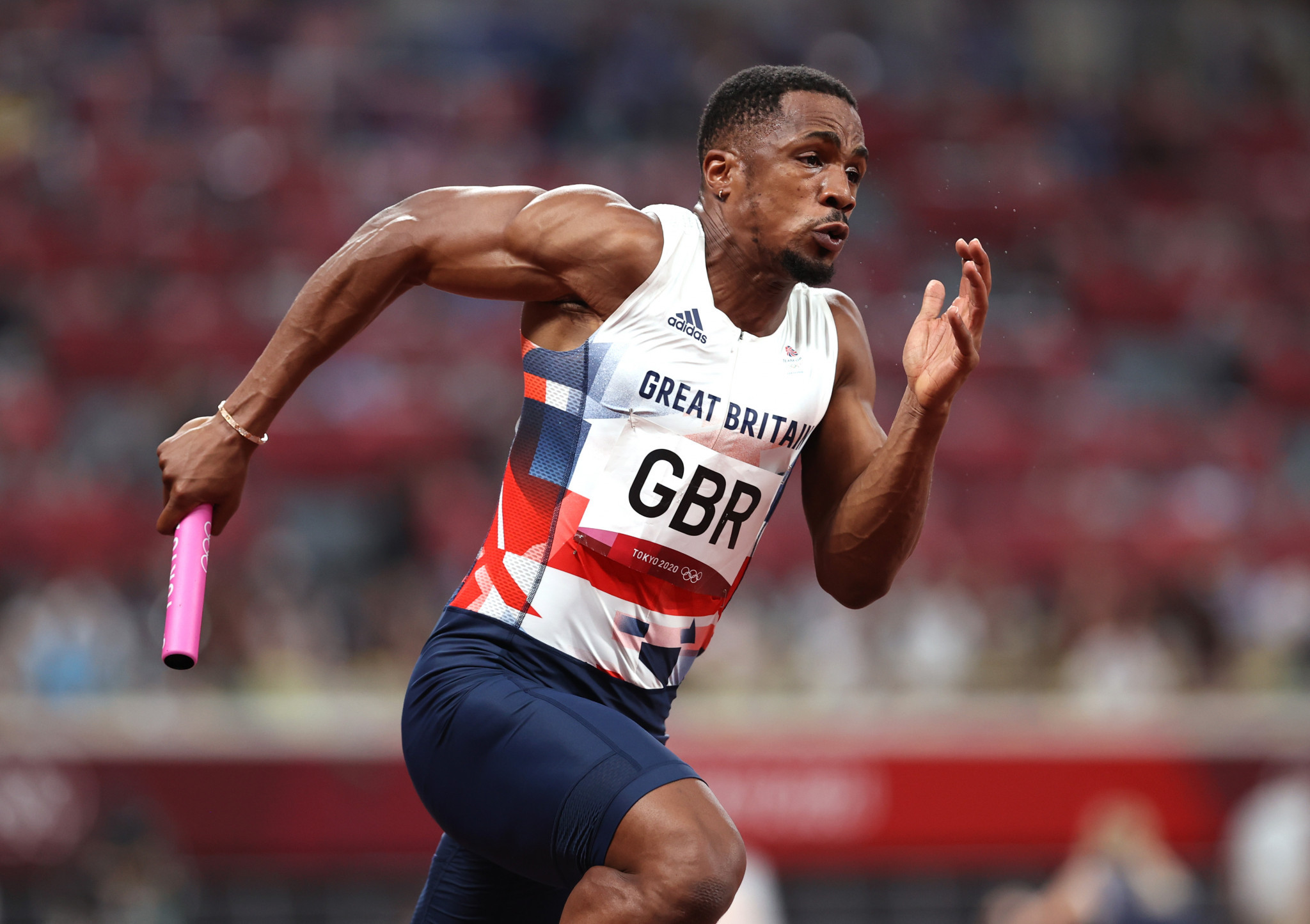 Britain's silver medal from the Tokyo 2020 Olympics in the men's 4x100 metres relay could be stripped after its sprinter CJ Ujah was provisionally suspended by the Athletics Integrity Unit (AIU) as two banned substances were present in his system after the Games.

An Adverse Analytical Finding (AAF) showed up for the 27-year-old, testing positive for investigational selective androgen receptor modulators ostarine and S-23, which are regularly used as a male hormone contraceptive and as treatment for muscle wasting and osteoporosis respectively.

The sprinter became a relay world champion in the same event at the 2017 World Athletics Championships in London.

Mitchell-Blake was pipped on the line by Italian Filippo Tortu for the gold medal on the anchor leg.

Ujah was one of three track and field athletes to test positive for banned substances at the Games, following testing from the International Testing Agency (ITA) during Tokyo 2020.

A fourth athlete, Bahraini 1500 metres runner Sadik Mikhou, has been provisionally banned for a prohibited method - a blood transfusion.

The others who have been given provisional suspensions are Georgian shot putter Benik Abramyan and Kenyan sprinter Mark Otieno Odhiambo.

The AIU and the ITA worked together during the Olympics and provided intelligence to specifically target test two of the four athletes, who they have not named.

Proceedings against these athletes are now underway to determine if they have committed anti-doping violations.

If they are found to be in breach of anti-doping rules, their results at Tokyo 2020 could be wiped.

Moroccan-born Mikhou, who represents Bahrain following an allegiance change in 2017, was found to have had a blood transfusion when tested.

Blood transfusions in athletes are associated with blood doping, a practice that boosts the number of red blood cells to improve an athlete's aerobic capabilities.

Abramyan was unable to compete at Tokyo 2020 as his positive test was flagged before the men's shot put started, eventually won by American Ryan Crouser in a new Olympic record of 23.30 metres.

Tamoxifen is also used to reduce undesirable side effects of anabolic steroids.

He was supposed to compete in heat four of the men's 100m, but did not start the race following his positive test.

Another AAF was found in a sample from June from Odhiambo, as confirmed by World Anti-Doping Agency-accredited laboratory in Bloemfontein in South Africa on August 2.

This sample was collected by the Anti-Doping Agency of Kenya on June 24 and handed over the sample to the AIU on request.

The consequences of the June sample will be determined following the conclusion of ITA proceedings against Odhiambo.

A British Olympic Association spokesperson told insidethegames: "We are aware of the Athletics Integrity Unit statement, and the BOA will respect due process in this matter."

A UK Athletics spokesperson told insidethegames they would not be making any comment on live cases.