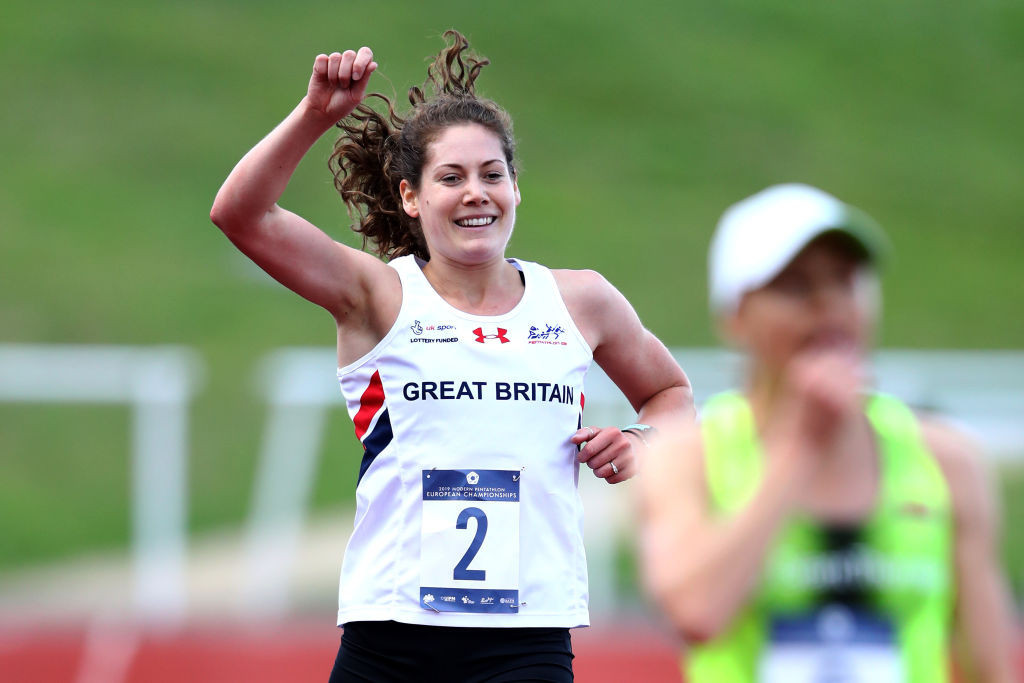 French, 30, has been one of the most consistent female pentathletes in recent years, winning European silver and world bronze in 2019, and European silver in 2018, and this win followed her World Cup success at the 2015 edition in Sarasota.

The Briton had gone into the concluding laser run in second place having finished the riding section on 805 points, the same number as Gulyas, and 25 behind Egypt’s Amira Kandil, who had won the previous day’s fencing ranking round and finished top fencer after today’s fencing bonus round, moving on with 530 points.

In second place after the bonus round was Lithuania’s Ieva Serapinaite on 518, followed by France’s Marie Oteiza on 516.

History had been made in the fencing bonus round - where the field took part in knockout contests starting with the two lowest finishers from the previous day’s qualifying until all competitors have taken part.

The opening action of the day in the swimming pool saw France's Rio 2016 silver medallist Elodie Clouvel finish top, one point ahead of Russia's Gulnaz Gubaydullina on 292 points, with Italy's Alice Sotero third fastest in the 200m freestyle to earn 287.

French finished the first completed discipline of the women's final in 17th place.

A total of 36 female and 36 male athletes are taking part in the penultimate opportunity for athletes to earn points towards the UIPM Olympic world rankings, which will determine the remaining qualifiers for the rescheduled Tokyo 2020 Olympic Games.