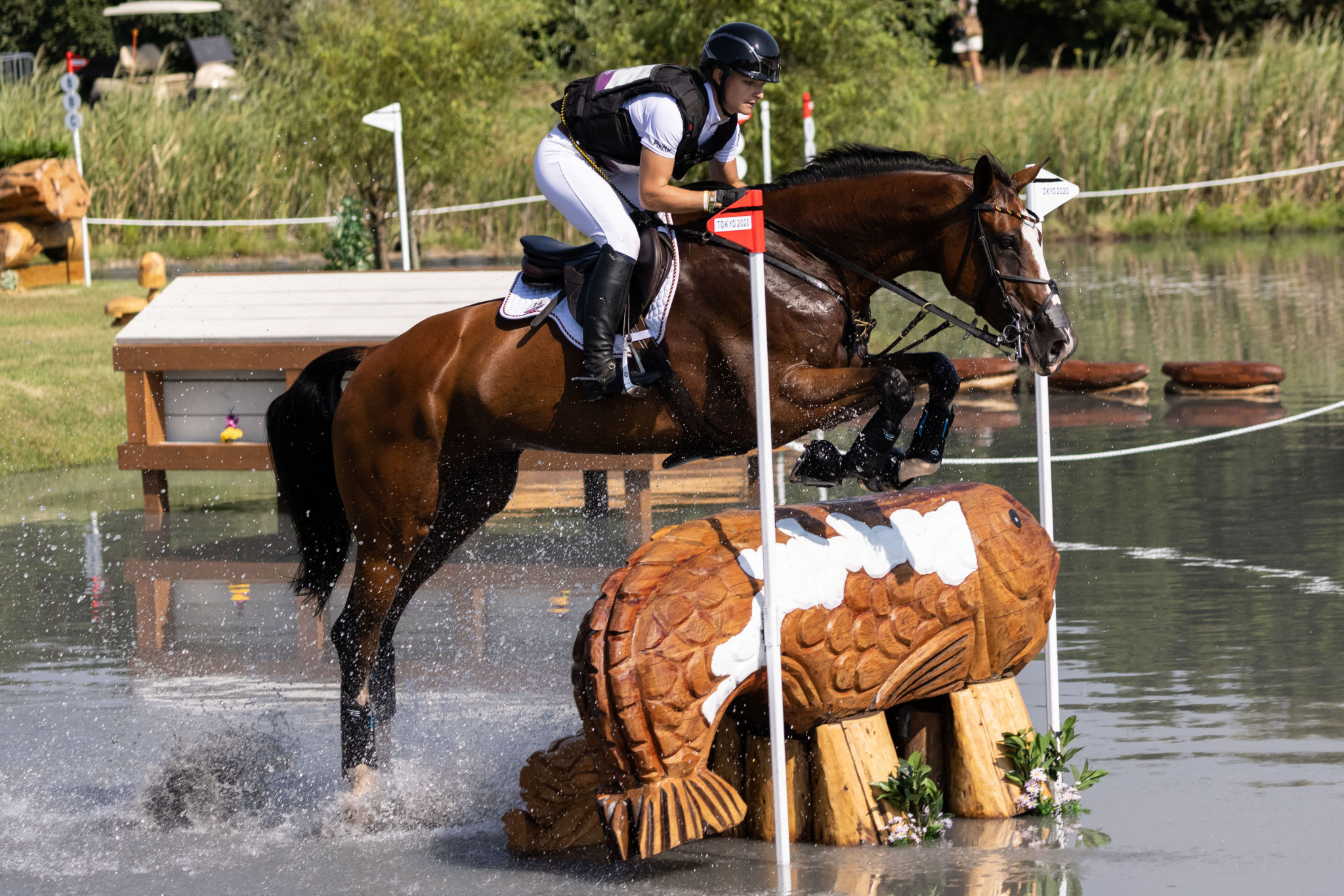 Germany’s Julia Krajewski allowed the tears to flow after a superb clear round made her the first woman ever to win individual Olympic eventing gold.

Britain’s Tom McEwen won silver with a total score of 29.03.

Krajewski had finished fifth in dressage, but moved up to second after the cross country on Amande de B'Neville, known as Mandy in the stable.

"After the cross country I was fairly positive that we could finish well because she is such a good jumper," Krajewski said.

"I think she knew it was a special day."

Her top horse, Samourai du Thot, had been retired from the sport earlier this year after an eye infection.

"There was a time when I thought the Olympics would happen without me," Krajewski admitted.

"When it’s difficult I take my strength from working with the horses.

"Sitting here with the gold medal wasn't anything in my wildest dreams."

McEwen had ridden Toledo de Kerser to a clear round to lead as the competition entered its closing stages.

"To put him on the spot, he was just popping away," McEwen said.

"He was enjoying the clicking of the cameras, so that was making him go even higher at points.

"Yeah, he’s class, everyone that follows eventing knows he’s a great jumper, so it's just up to me on top really."

Hoy's individual bronze was his sixth Olympic medal in a career which stretches back to 1984.

"It comes from the heart," Hoy said.

"I love working with horses and I always want to be better at what I do."

Earlier Britain had won team eventing gold for the first time since the Munich 1972 Olympics 49 years ago.

They had led the competition after the cross country phase, and a clear round from McEwen put them in command.

Laura Collett on London 52 only had one fence down.

"I think that's what's been so special that all three of us have been on what literally feels like horses of a lifetime."

Collett's run meant that world number one Oliver Townend on Ballaghmor Class could afford a fence down as Britain finished with a combined 86.30.

"We got here knowing that we should be winning," Townend said, "if things go our way.

"To win is just a huge huge relief."

Hoy had brought Australia home in silver with a total score of 100.20 and France won bronze with a score of 101.50.