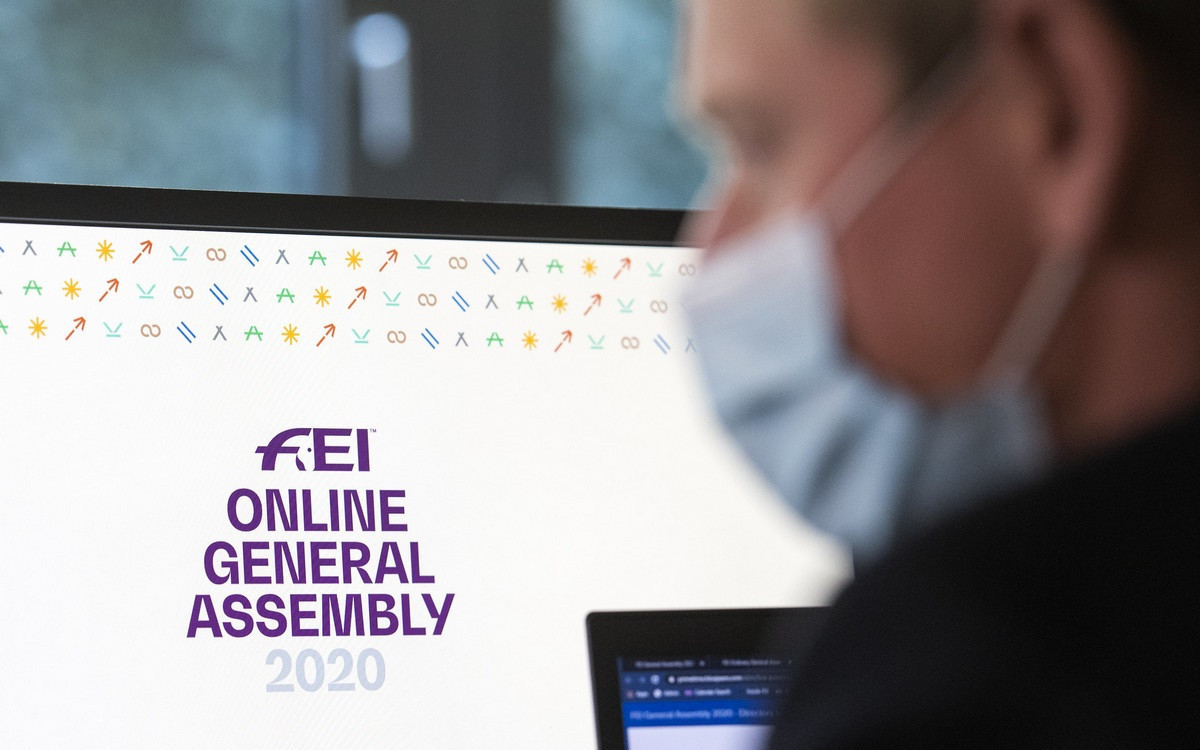 A revised budget for 2020 was approved at the FEI's online General Assembly, held virtually due to the global health crisis.

The FEI is expected to lose CHF8.23 million this year, although it is hoped this can be reduced by the year end.

The projected loss in revenue for the year originally stood at CHF 26.6 million (£21.9 million/$29.2 million/€24.6 million), not including the International Olympic Committee contribution normally distributed in an Olympic year.

This was reduced by financial management and a rigorous reduction in total expenses of CHF 20.8 million (£17.1 million/$22.8 million/€19.3 million), including temporary unemployment measures for FEI staff and the postponement or cancellation of all non-essential projects.

The 2021 budget forecasts a projected loss of CHF 1.32 million (£1.08 million/$1.45 million/€1.22 million), but FEI chief financial officer Claude Praz claimed this could be absorbed by the governing body's reserves.

The same principle of deferring non-essential projects will be continued in 2021.

FEI President Ingmar de Vos referenced the impact of the pandemic during his opening speech at the General Assembly.

"From the very beginning, our main priority at the FEI has been to mitigate the effects and find solutions to protect our community and our sport so that we can not only pick up where we left off, but also learn for the future," he said.

"This has been and continues to be our focus.

"It has also been and continues to be an incredible team effort."

"We were quick to react and time has shown this was very wise.

"We have since passed over 150 event and sport related COVID-19 resolutions - which I appreciate are not always to the liking of all - but they have been the fruit of collaboration and consensus and they reflect the needs of the community and our values.

"In this exercise we always have to find a balance between needs for flexibility while still preserving the integrity of our sport and providing a level playing field.

"We were and still will be faced with challenges we never imagined, and in a year where compromise, change and uncertainty have been the norm, I believe, as a community, we have responded with great resilience and perseverance."

Following De Vos's address, the General Assembly ratified the FEI Board’s decision to suspend the National Federation of the United Arab Emirates until December 31 over the alleged reclassification of events to avoid applying the governing body’s endurance rules.

The UAE lost its appeal at the Court of Arbitration for Sport earlier this month.

The National Federation of Brunei was also excluded from FEI membership due to non-payment of dues for the past two years.

An update was given on the Tokyo 2020 Olympic and Paralympic Games, which were postponed to 2021 as a result of the pandemic.

A number of emergency resolutions that had been passed or extended at the FEI Board meeting last week were additionally ratified.

Subsequently, jumping team events will continue to be prioritised in the calendar to ensure nations are well-prepared for Tokyo 2020.

Christian Lozano of France was elected as chair of the FEI Endurance Committee until 2024 during the General Assembly, while South Africa's Diane Baxter was appointed to the FEI Jumping Committee and Monica Theodorescu of Germany to the FEI Dressage Committee.

The 2021 FEI General Assembly is set to take place from November 13 to 16 in Johannesburg, the original host for this year's meeting before it was moved online.