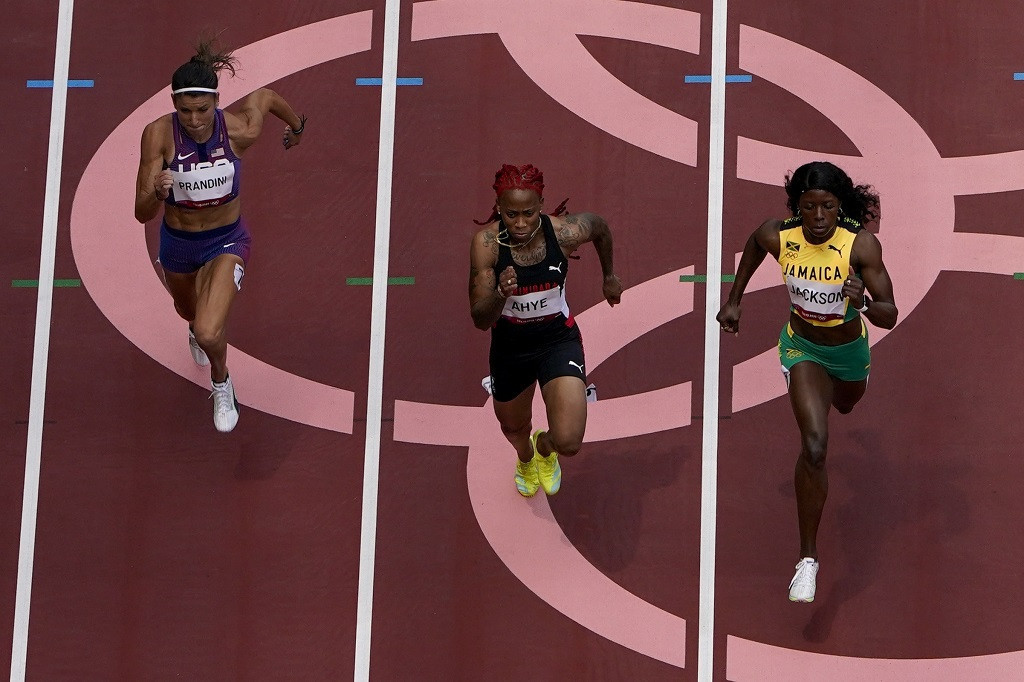 Keith Rowley, Prime Minister of Trinidad and Tobago, has accused Tokyo 2020 officials of "steel band judging" after Michelle-Lee Ahye missed out on a place in the women’s 100 metres final at the Olympic Games here.

Brian Lewis, President of the Trinidad and Tobago Olympic Committee, claimed the team’s Chef de Mission, Lovie Santana, had not been given a fair opportunity to appeal against the decision in the two hours between the semi-finals and final.

Ahye's time of 11.00sec put her in line for one of the two fastest-loser spots in the final.

She was displaced after the last semi-final, however, with the eighth and last place going to Britain’s Daryll Neita who, although also clocking 11.00, did so in a time that was one thousandth of a second faster than the Ahye’s.

Lewis, however, pointed out that in the second semi-final there was a headwind of minus 0.2 metres per second, while in Neita’s race it had changed to a tailwind of plus 0.3mps.

"It is not the same race," Lewis told Trinidad and Tobago Newsday.

"It is two different races

"Our point is we don’t want to leave out [Neita].

"You have a ninth lane.

"This is a literal dead heat to the naked eye.

"If you were watching your photo camera you would not literally be able to separate them.

"This is not usual circumstances…but when situations happen that may be a little bit different for what your rules anticipated, what you expect is at least a hearing.

"You can’t be talking about putting athletes first and talking about fairness and justice and equity and you don’t have a process that is fair.

"You have people dealing and interacting with people in a dismissive way as if they just don’t care."

Discussing Ahye’s omission from the final, Rowley said: "I am a little bit disappointed that Michelle did not get into the final, but when you didn’t get in by one-thousandth of a second, that sounds like steel band judging to me."