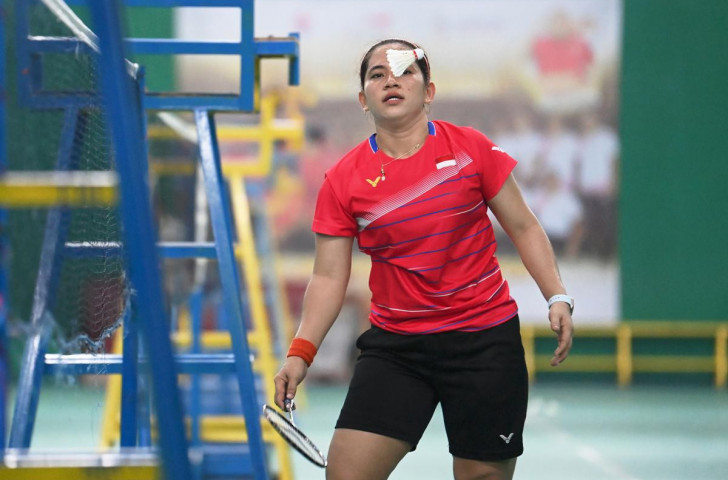 The National Paralympic Committee of Indonesia have set a medal target of one gold for Tokyo 2020 with great expectations placed on the shoulders of their badminton team.

The sport is set to make its Paralympic debut at Tokyo 2020 where a total of 14 events will take place.

The Indonesian team has experienced great success in several international tournaments, leading to hopes they could claim at least one victory in the Japanese capital.

The Bangkinang-born shuttler has won three titles at the Para-Badminton World Championships, as well as three gold medals in the Asian Para Games.

"My biggest dream is to win a Paralympic gold medal," said Oktila.

"My deepest gratitude goes to my family and friends, my coaches, NPC Indonesia and the Indonesian government who have paved the road to achieving my dream."

There will be a doubles tournament for both the men and women as well, as six male singles and five female singles events in six different classes.

The tournament at Tokyo 2020 is due to take place from September 1 until September 5, due to be final day of the Games.

Indonesia, the world's largest island country, are due to take 22 athletes to the Paralympics, which is scheduled to open on August 28.

They will be competing in athletics, cycling, powerlifting, shooting, swimming and table tennis, as well as badminton.

Indonesia made their debut in the Paralympics at Toronto in 1976 and have competed in every Games since, with the exception of Barcelona 1992.

They have won a total of four gold medals - all in their first two appearances in the Canadian city and at Arnhem in The Netherlands in 1980.

Indonesia did not a medal of any colour for 34 years until London 2012, where table tennis player David Jacobs won a bronze in the men's individual class 10 event.