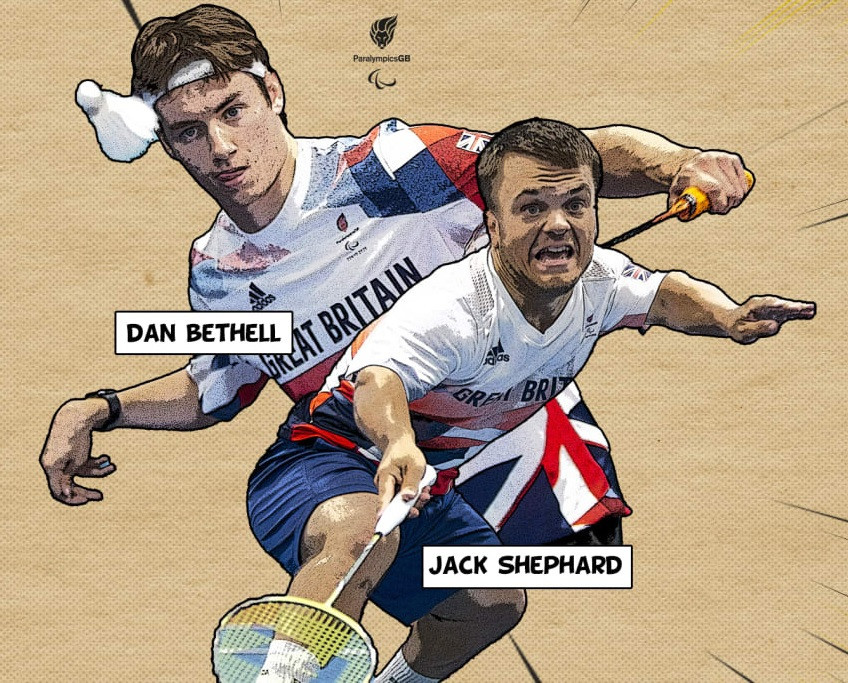 British badminton duo Jack Shephard and Dan Bethell will be going for gold when the sport makes its Paralympic debut at Tokyo 2020.

The pair are set to become the first players to represent Britain in badminton at a Paralympic Games after being selected by ParalympicsGB.

Badminton is one of two new events added to the Tokyo 2020 Paralympic Games programme alongside taekwondo.

Britain will hope to mark the historic moment with two golds as Shephard and Bethell head into the Paralympics ranked second in the world in their respective classifications.

"It is a dream come true for the squad," Richard Morris, Britain’s Para badminton head coach.

"All our hard work and efforts are going to be seen on the biggest stage of them all.

"We have shown that we can perform with the best players in the world and I can’t wait to be in Tokyo as we compete for the biggest prize of them all."

Shephard, who competes in the SH6 class, has won back-to-back world singles titles in 2017 and 2019, marking an incredible comeback after undergoing major surgery five years before his maiden triumph.

Competing in the SL3 category, Bethell is a three-time European champion and took silver at the 2019 World Championships.

Following a long break from competitive action due to COVID-19 lockdowns, Bethell made a successful return to the court by winning the 2021 Spain International - the final tournament before the Paralympics in Tokyo.

"This is something I have been driving towards for the last decade," said Bethell.

"For it to be just eight weeks away now is surreal.

Shephard added: "It has always been a distant dream of mine to become a Paralympian and it is now right around the corner.

"I am ready to go and I can’t wait for the Games to begin."

A total of 240 athletes from 19 sports are expected to make up the British team that will compete in Japan, with further names to be announced in the coming weeks.

"It is incredibly exciting to welcome a new sport and athletes to ParalympicsGB as Badminton makes its debut at the Tokyo 2020 Paralympic Games this summer," said Britain’s Chef de Mission Penny Briscoe.

"I am delighted to welcome Jack and Dan, who are clearly world class athletes, to the rapidly growing ParalympicsGB team and look forward to seeing just what they are capable of on the court at Tokyo 2020."