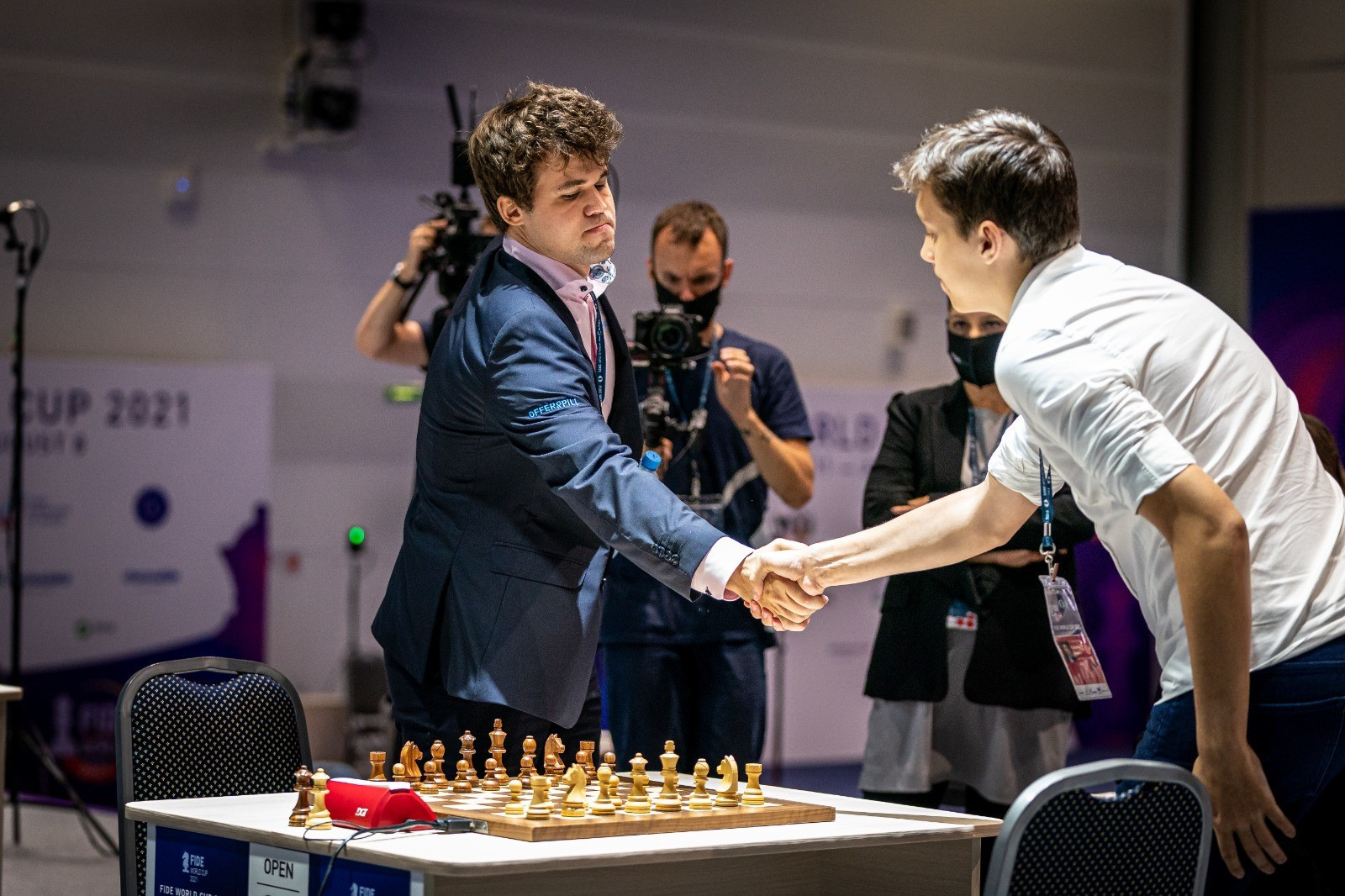 World champion Magnus Carlsen was taken to a third tiebreak in the fifth round of the Chess World Cup in Sochi, but survived the scare to beat Andrey Esipenko.

With today's first two games of rapid chess both draws, Norway's Carlsen won the first game of the second blitz tiebreak - when the time limits were tighter - and looked to be heading to the quarter-finals.

But Russia's Esipenko hit back in the sixth game of the match, sending it to a third tiebreak, where the players had just five minutes plus a three-second increment per move, for each move.

Blitz virtuoso Carlsen won both of those matches for a hard-fought 5-3 win.

Five other matches were in tiebreaks today, and Carlsen's next opponent - Etienne Bacrot from France - needed two to over Kacper Piorun of Poland.

His compatriot Maxime Vachier-Lagrave, the seventh seed, was not so fortunate and was knocked out by Russian Sergey Karjakin.

The Women's World Cup is being run in parallel in Sochi and only one quarter-final ran over to today.