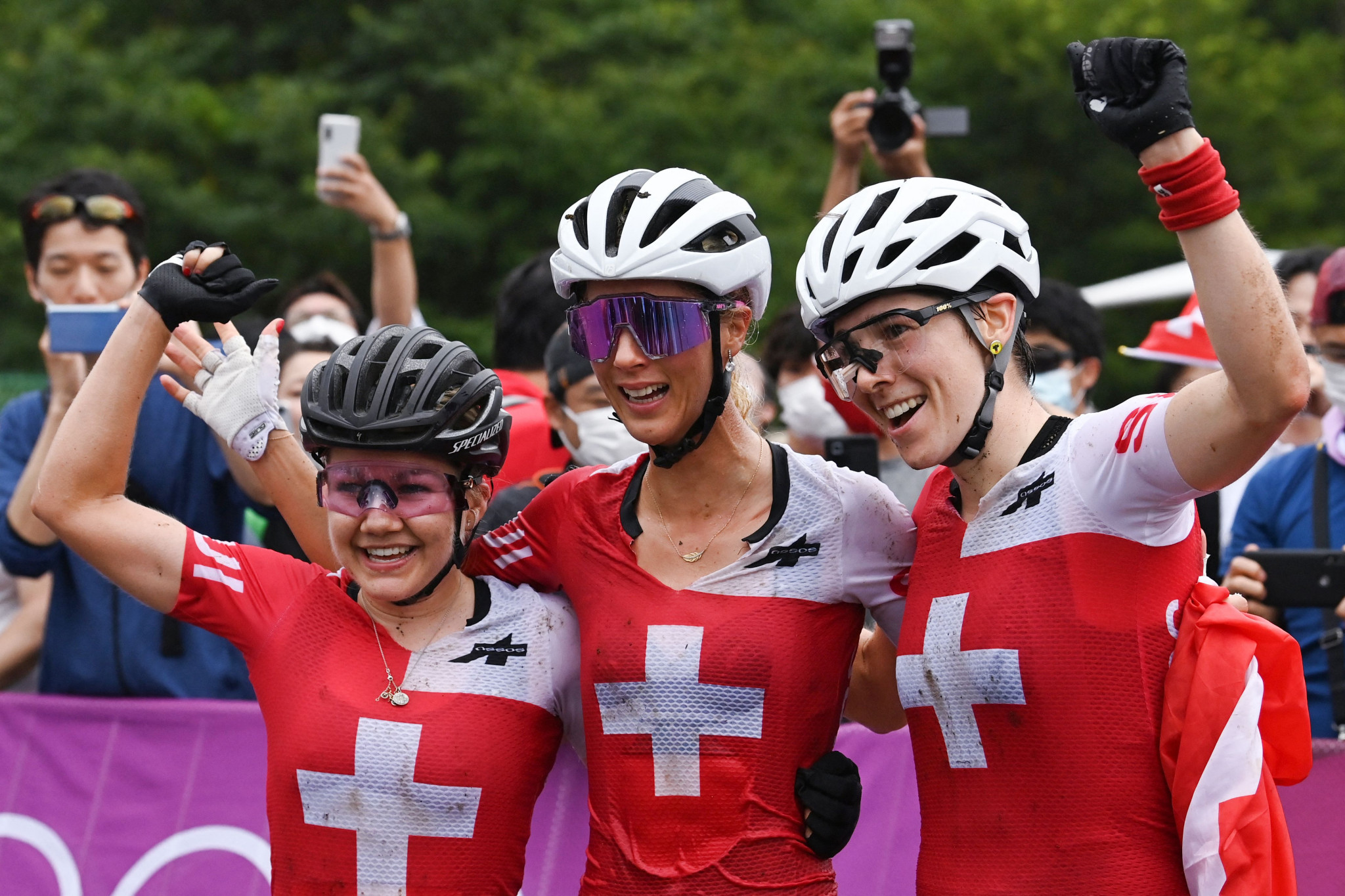 Jolanda Neff led home a Swiss clean sweep in the Tokyo 2020 women's cross-country mountain bike event in Izu, with the gold medallist winning by more than a minute.

The race took place on a shortened and adapted course following heavy rain caused by Typhoon Nepartak, with riders tackling five rather than six laps.

France's Loana Lecomte led the early stages of the race as she sought to live up to her status as favourite, following an unbeaten season in the International Cycling Union (UCI) Mountain Bike World Cup.

Neff proved able to ride away from Lecomte in the challenging conditions, however, with France’s world champion Pauline Ferrand-Prévot following.

Ferrand-Prévot crashed which allowed Neff to extend her lead, with the 2017 individual world champion seizing her chance.

Neff remained clear for the remainder of the race to clinch victory in a winning time of 1 hour 15min 46sec.

The result underlines a return to form after sustaining a ruptured spleen and a collapsed lung in a crash in 2019, with the 28-year-old only recently recovering from a broken hand as well.

"I don't think I've realised it yet, but I must say so far I feel good and thought it would hurt a lot more," Neff said.

"I knew it was going to be a super tough and really hard race.

"It's got really steep climbs and really tough conditions and this morning we had a complete change of conditions again with heavy rain.

"We had one hour of training to get used to the new conditions and I think that's what made the difference for the Swiss team.

"I broke my hand six weeks ago, I didn't ride off-road for the past six weeks.

"I only got back on the bike for the first time here and I can't say how much it means to me."

Neff finished with a cushion of 1min 11sec over compatriot Sina Frei, with Linda Indergand rounding off a Swiss clean sweep a further eight seconds back.

It marks the first time since the 1904 Olympics that one nation has won all three medals in a single cycling event at the Games.

Hungary’s Kata Blanka Vas placed fourth at 2:09 down, with The Netherlands’ Anne Terpstra and Lecomte the only other riders within three minutes of the winner.