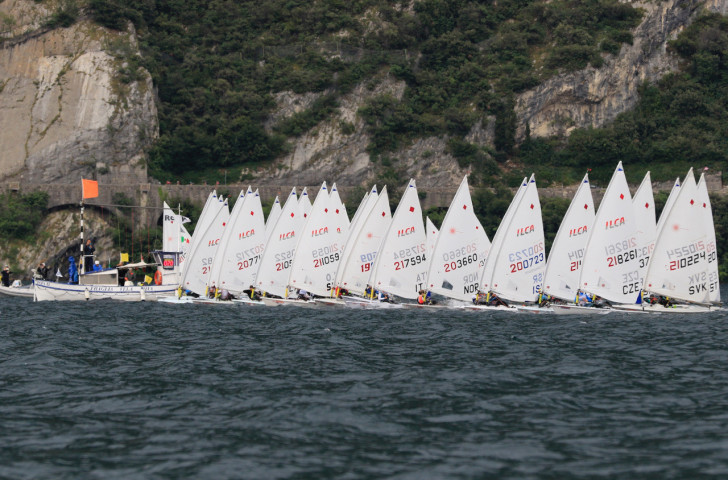 Ireland's Eve McMahon leads the way in the girls' contest at the International Laser Class Association (ILCA) 6 Youth World Championships, but problematic weather conditions have limited the number of races at Lake Garda in Italy.

McMahon won both of the yellow fleet's races, and followed that up with a third-place finish in her lone race today.

That leaves the Irish athlete on five points overall - the best score of the girls' qualifying series.

Just one race was possible today before the wind stopped, and the boys' red fleet could not get underway so are a race behind in the cumulative standings.

Yellow race winner Carlotta Rizzardi from the host nation climbs to fifth overall, with 18 points, thanks to that result.

In the boys' division, American Chapman Petersen is currently way out in front as he sits on five points, and won the green race today.

A fourth-place finished bumped Bermuda's Sebastian Kempe up to 11.2 points, but he leads the blue fleet.

Dutch sailor Hidde Schraffordt placed an underwhelming 10th in the green race but is third overall, with 15 points.

Portugal's Josa Mendes, the best in the yellow fleet, has 18 points after a third-place finish.