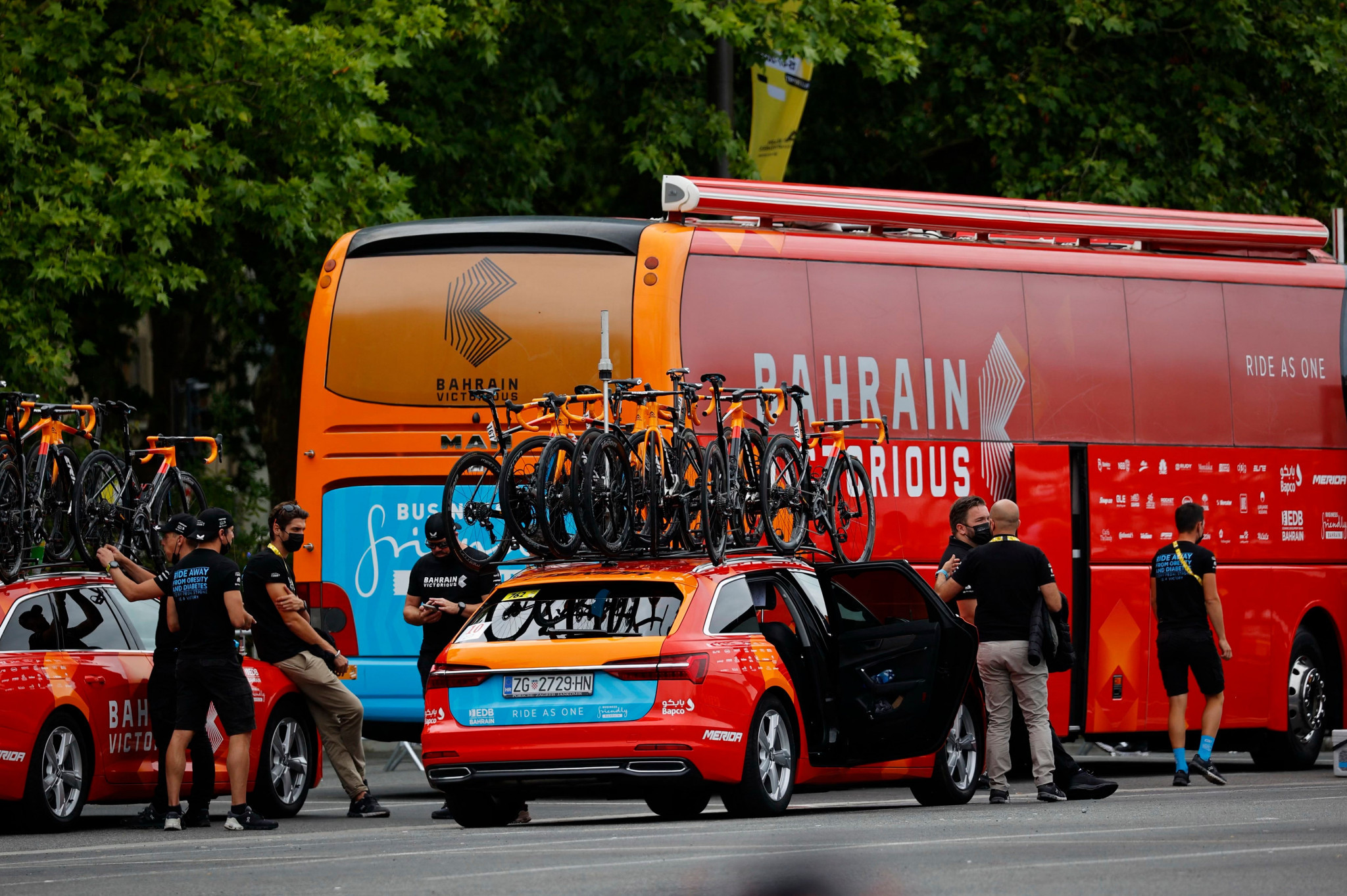 Team Bahrain Victorious have confirmed their hotel was searched by police after stage 17 of the Tour de France in Pau.

A statement from the team said they were monitored by French police officers, who searched riders' rooms.

Team Bahrain Victorious said all training files were requested by officers, and that they were complied and presented as requested.

The team added that it was "unaware of the investigation reasons" and claimed no warrant was presented by police.

"We were not given a warrant to read through, but the team complied with all the officers’ requests.

"We are committed to highest level of professionalism and adherence to all regulatory requirements and will always be cooperating in a professional manner.

"The process had impacted our riders recovery and meal planning and as a professional team, the well being of our team is a key priority."

The Marseille prosecutor's office said the operation was conducted as part of a preliminary investigation opened on July 3.

The office said the investigation centres on "counts of acquisition, transport, possession, importation of a substance or method prohibited for use by an athlete without medical justification concerning members of the Team Bahrain Victorious cycling team," according to French broadcaster RMC Sport.

"The preliminary investigation is continuing in order to determine the reality or not of the offenses which justified its opening.

"Suspected or prosecuted is presumed innocent until proven guilty."

Bahrain Victorious took to the start of stage 18, despite the investigation.

It is the second successive Tour de France where a team has been searched by police, with Arkéa-Samsic having been the subject of an investigation during the delayed event in September.