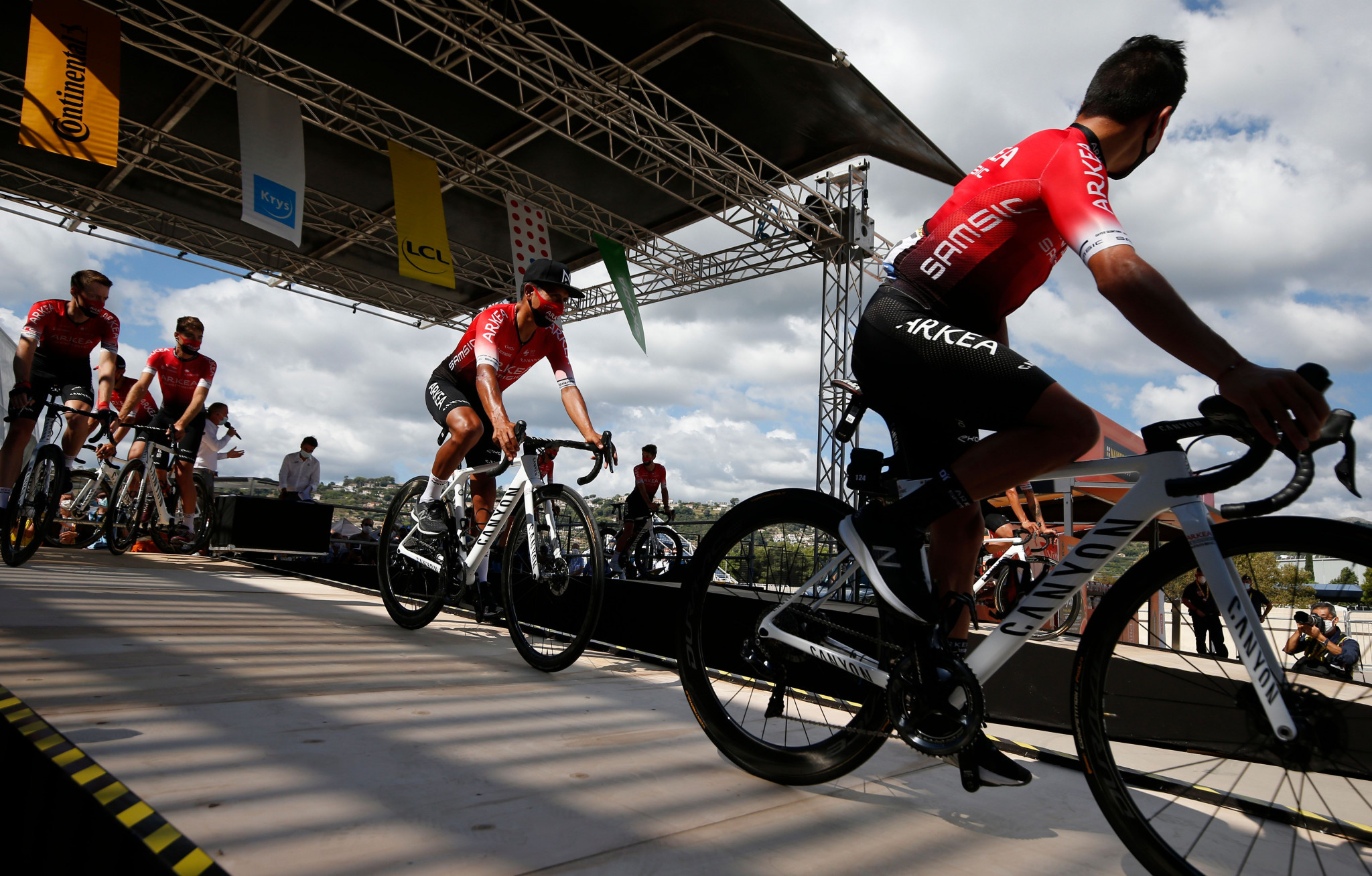 Arkéa–Samsic general manager Emmanuel Hubert has said the team will "disassociate itself" from those responsible should a French investigation confirm doping offences against a "very limited number of riders" and their entourage.

A criminal investigation has been launched into alleged doping, with a doctor and physiotherapist reported to be in police custody.

It came on the sidelines of this year's Tour de France which ended on Sunday (September 20).

It relates to the "discovery of many health products including drugs and especially a method that can be qualified as doping", Laurens said.

The investigation concerns the French-based Arkéa-Samsic team with Le Parisien claiming the doctor and a physiotherapist were detained by police.

Arkéa-Samsic's leading rider, Nairo Quintana, was among those to have his hotel room searched in a police raid last Wednesday (September 16) during the Tour de France.

Officers from the Central Office for the Fight against Environmental and Public Health Damage (OCLAESP) conducted the search.

Saline and injection equipment were said to have been found.

Hubert confirmed the search was carried out at the Arkéa-Samsic hotel.

He claimed that the investigation was not aimed at the team or its staff directly, but at a "very limited number of riders and their entourage".

Hubert said action would be taken by the team should any offence be found.

"A search was carried out last week in our hotel, as I have already confirmed with various media," Hubert said.

"It only involved a very limited number of riders and their close relatives who are not employed by the team.

"The team, its general manager as well as its staff, who are currently mentioned in the media, are not in any way implicated and consequently are not informed of any element, near or far, relating to the progress of the investigation, which, I remind you, is not aimed at the team or its staff directly.

"We obviously support our riders, but if it turns out that, at the end of the ongoing investigation, elements confirming the veracity of doping practices, the team will immediately disassociate itself from such acts and will immediately take the necessary measures to put an end to the links that could unite them with unacceptable methods that are still being fought against.

"Indeed, the team, as a member of the MPCC (Movement For Credible Cycling), has always, over the last 20 years, demonstrated its commitment to ethics and taken a stand in favour of the fight against doping."

L'Équipe reported the raid saw the rooms of Quintana, his brother Dayer and fellow Colombian Winner Anacona all searched.

Quintana is a former winner of two Grand Tours, the 2014 Giro d'Italia and the 2016 Vuelta a España.

He finished 17th in the general classification of this year's Tour de France, which concluded with 22-year-old Tadej Pogačar of Slovenia capturing the yellow jersey.

Quintana has twice before been the Tour de France runner-up.

The International Cycling Union said it "welcomes and supports the action of all parties involved and will take the appropriate measures once it has taken note of the information obtained by the French legal authorities".