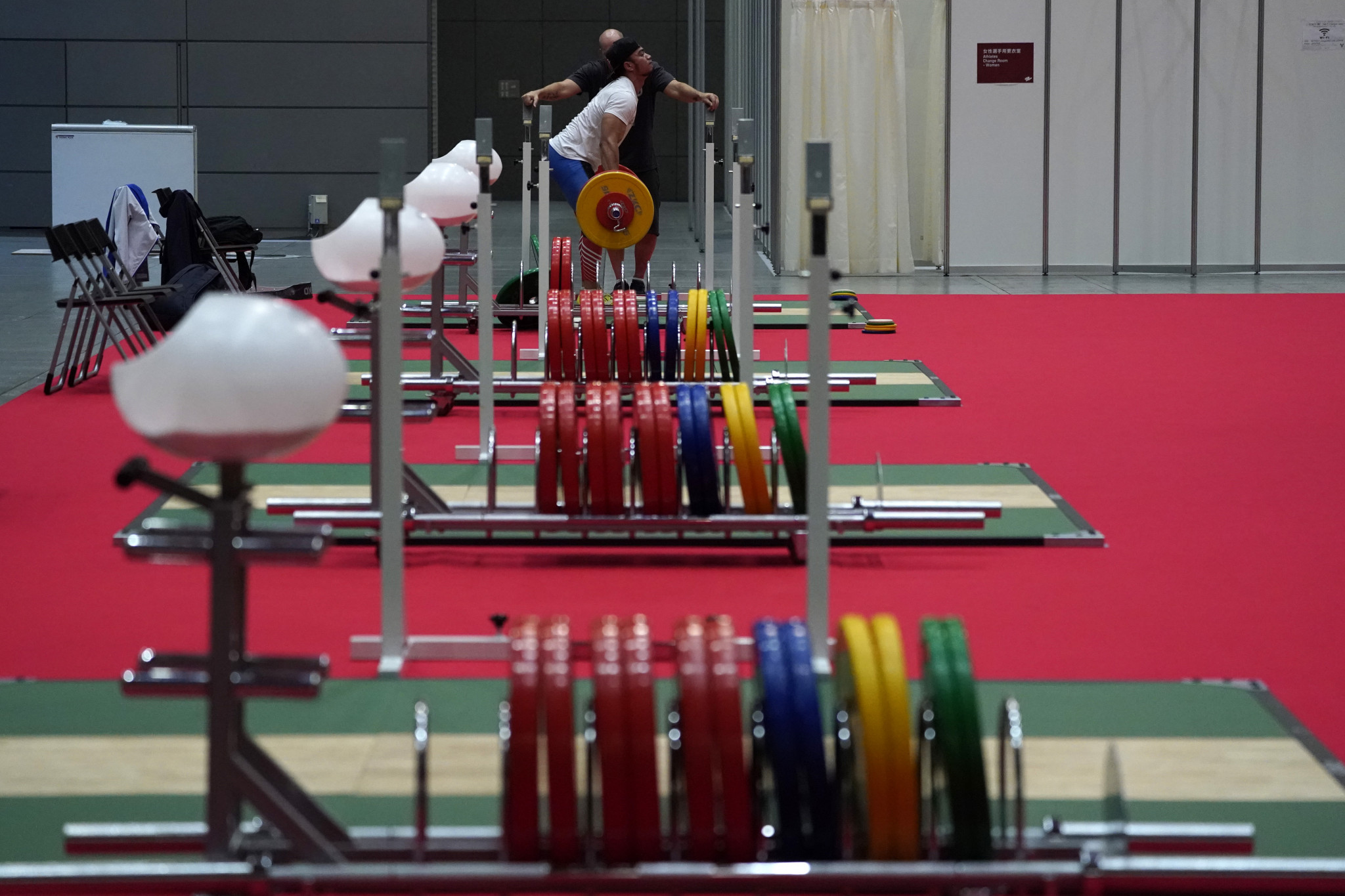 Iran’s first female weightlifter to qualify for the Olympic Games will not be able to compete in Tokyo because of an injury.

A South Korean athlete has also withdrawn because of injury, in the men’s 73 kilograms category, leaving the way clear for the European Championships silver medallist Marin Robu of Moldova to take his place.

Samoa decided not to send home-based athletes to Japan because of fears over COVID-19.

Jahanfekrian, 26, would have been the first female from Iran - where weightlifting was a men-only sport until 2018 - to lift at the Olympic Games but she recently underwent hand surgery and was ruled unfit to travel by the country’s Sports Medicine Federation.

She suffered the injury in April and missed the Asian Championships because of it.

Shortly before she was given the bad news, Jahanfekrian had said she was proud to be representing Iran at the Olympics.

"I cannot find words to express how happy I am," she said.

"It can be a beginning of a way for the Iranian women to show that they are capable of participating at the Olympic Games."

Her place will be taken by 21-year-old Scarleth Ucelo of Guatemala, who has a career-best total of 205kg.

In what will be the final update to the entries - 196 athletes who qualified, plus the Olympic Refugee Team lifter Cyrille Tchatchet - Robu was reallocated a place at 73kg when the South Korean Won Jeong-sik withdrew because of a shoulder injury.

The Moldovan Weightlifting Federation (FHM) believed Robu, an improving athlete, should have got a place after earlier withdrawals in this weight class.

But the last reallocation, to the Saudi Arabian Mahmoud Alhumayd, was for a host nation place, which became free when Japan qualified the maximum four men.

Nations which had not previously qualified were favoured under the reallocation process for host nation places, which also went to Peru and The Netherlands.

Antonio Conflitti, president of FHM, said Robu "can show something good in Tokyo - I am optimistic".

Robu was beaten into second place in the European Championships in Moscow by Daniyar Ismayilov of Turkey, but he stands to be promoted to gold as Ismayilov is reported to have tested positive for a banned substance at national level.

The sample was taken before Moscow and Ismayilov is likely to be disqualified, according to reports in Turkey.