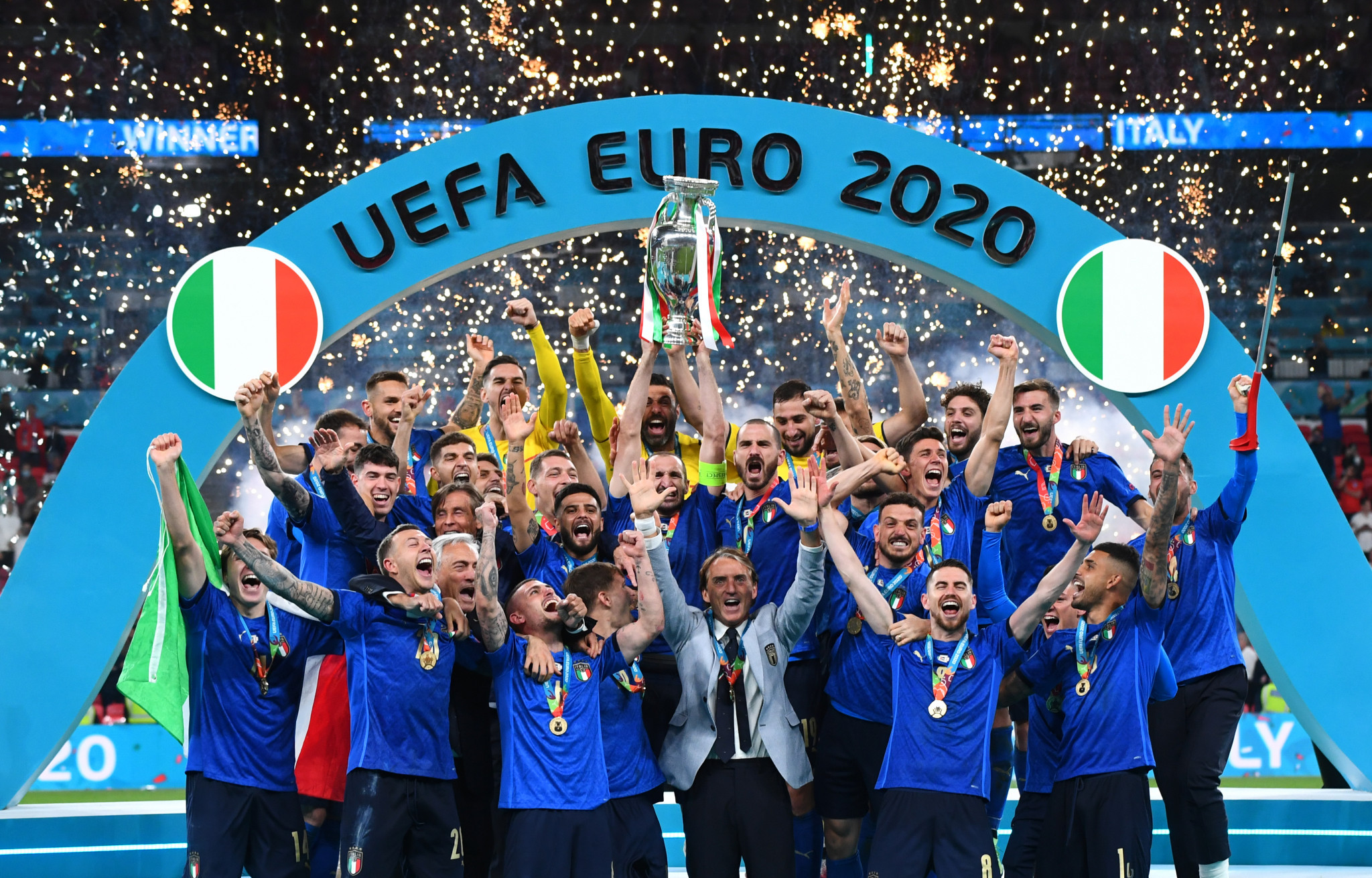 Despite scoring the fastest ever final goal in regulation play, and leading early in the shootout, three misses from the spot cost England, who extend their 55-year wait for a second major men’s international football trophy following the 1966 World Cup.

The Euro 2020 final at Wembley Stadium in London got off to a dramatic start as England took the lead through Luke Shaw, who scored the fifth fastest European Championship goal, and fastest ever in a final.

Shaw’s volley after an impressive England counter attack was timed at one minute and 54 seconds and gave the Three Lions a dream start.

Italy levelled proceedings midway through the second half when Leonardo Bonucci scored from close range after England failed to clear a corner.

The teams could not be separated after 90 minutes, and with no breakthrough after extra time the contest went to penalty kicks.

England took the lead in the shootout when Harry Maguire scored before Italy netted their third through Leonardo Bonucci.

Jadon Sancho’s side footed effort was then saved by Italy keeper Gianluigi Donnarumma, giving Jorginho the chance to win it for Italy.

The midfielder saw his low shot tipped on to the post by Pickford, who collected the rebound to keep the hosts of the final in it.

Donnarumma then saved 19-year-old Bukayo Saka’s penalty to seal a victory for Italy that extends their unbeaten run to 34 consecutive internationals, and gives them a second European Championship title following their win in 1968.

The loss adds to England’s poor record in penalty shoot-outs at major tournaments - they have now won one out of five at European Championships and one out of four at World Cups.