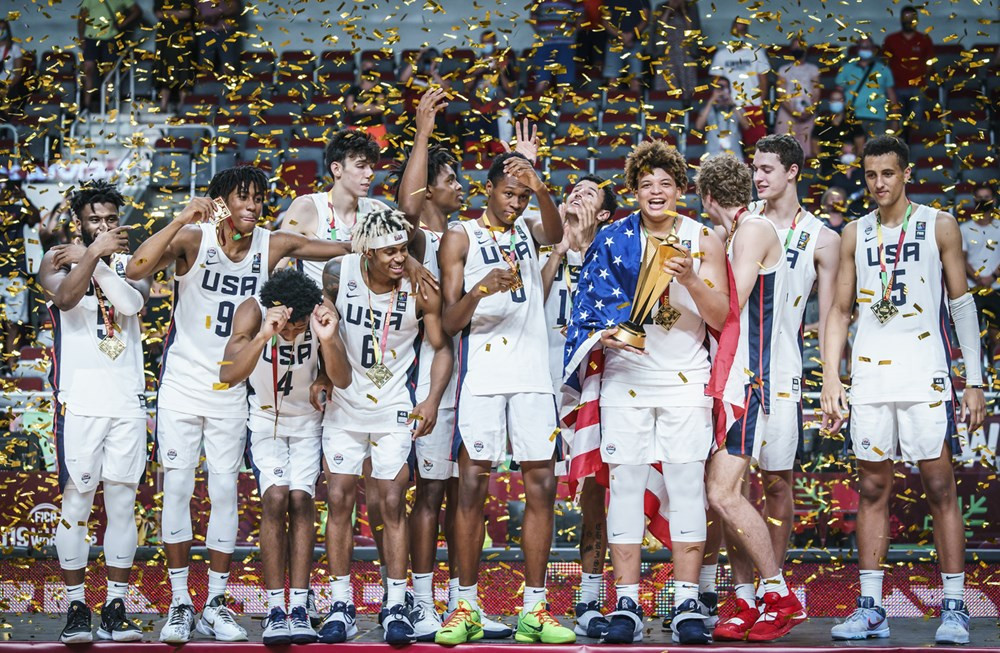 Holders the United States edged past France to retain their International Basketball Federation Under-19 World Cup crown in a thrilling encounter at the Olympic Sports Centre in Riga, Latvia.

The US took a narrow two point advantage 21-19 at the end of the first quarter, before France, first-time finalists in this competition, took the second quarter 23-16 to earn a five point lead at the break.

The third quarter was shared 22-22, with the pivotal moments coming early in the fourth as an unanswered run of 11 points helped the US seal the Under-19 World Cup crown for the eighth time in 15 editions.

The US won the fourth quarter 24-17 to give them victory by two points overall by a final scoreline of 83-81.

In the bronze medal match, 2017 champions Canada overcame Serbia 101-92 in a contest that saw both teams hold and then lose a double digit advantage.

Canada started strongest and won the first quarter by 33-22, before Serbia bounced back in the second to take it 32-17, in the process turning an 11 point deficit into a four point lead.

Canada then won the third quarter 24-20 to leave the match level and everything to play for going into the final quarter.

The Canadians then took quarter four by 27 points to 18 to secure a second podium finish in the event’s history, with Bennedict Mathurin the country’s top scorer with 31 points.

Elsewhere, the placings between fifth and 16th were determined through the final classification matches which took place.