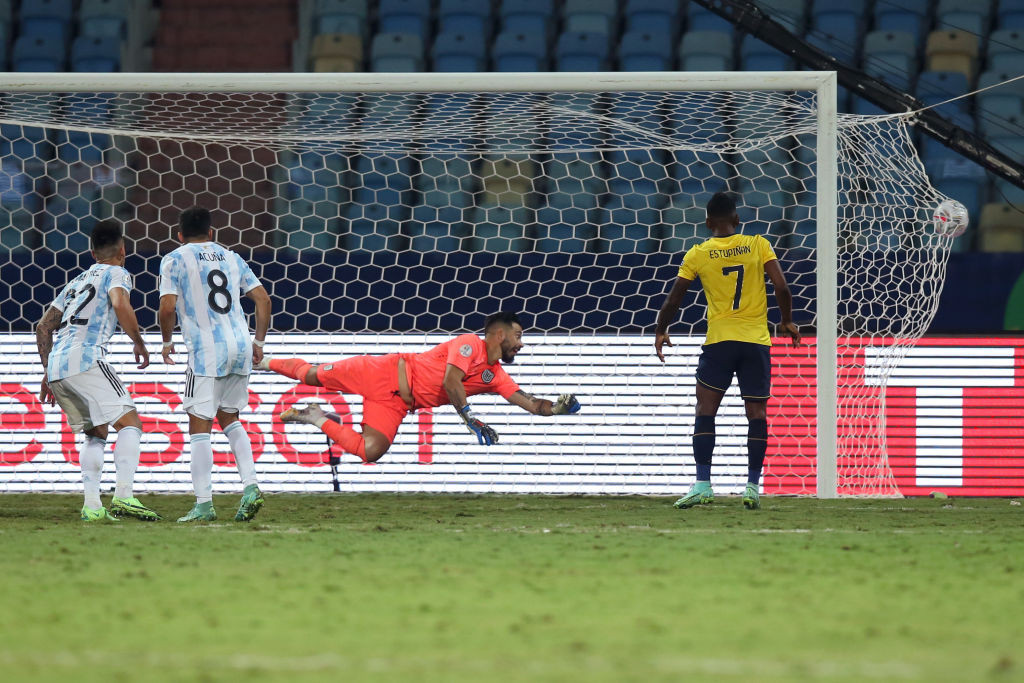 Lionel Messi inspired Argentina to a 3-0 victory over Ecuador to set up a semi-final meeting with Colombia at the Copa América in Brazil.

Ecuador had Piero Hincapie sent off for a foul on Angel Di Maria in stoppage time to add to their misery.

Argentina's reward is a semi-final against Colombia, who beat Uruguay on penalties following a 0-0 draw.

Messi hit the post in the first half before setting up De Paul after Ecuador goalkeeper Hernan Galíndez was caught in no man's land.

Argentina, who have not won the tournament since 1993, stayed 1-0 in front until Martinez put the result of the game beyond any doubt by doubling their advantage six minutes from time.

Messi then curled home a superb free-kick to put the gloss on the result, which in truth was far more convincing than the performance.

Colombia secured their place in the last four thanks to goalkeeper David Ospina's heroics in the penalty shootout with Uruguay at Estádio Nacional Mané Garrincha in Brasília.

A dour contest had ended level after extra time and Ospina seized his moment, saving from Jose Maria Gimenez and Matias Vina to help send his side through to a crunch meeting with Argentina.

The two countries had been due to co-host the tournament before it was moved to Brazil at short notice.