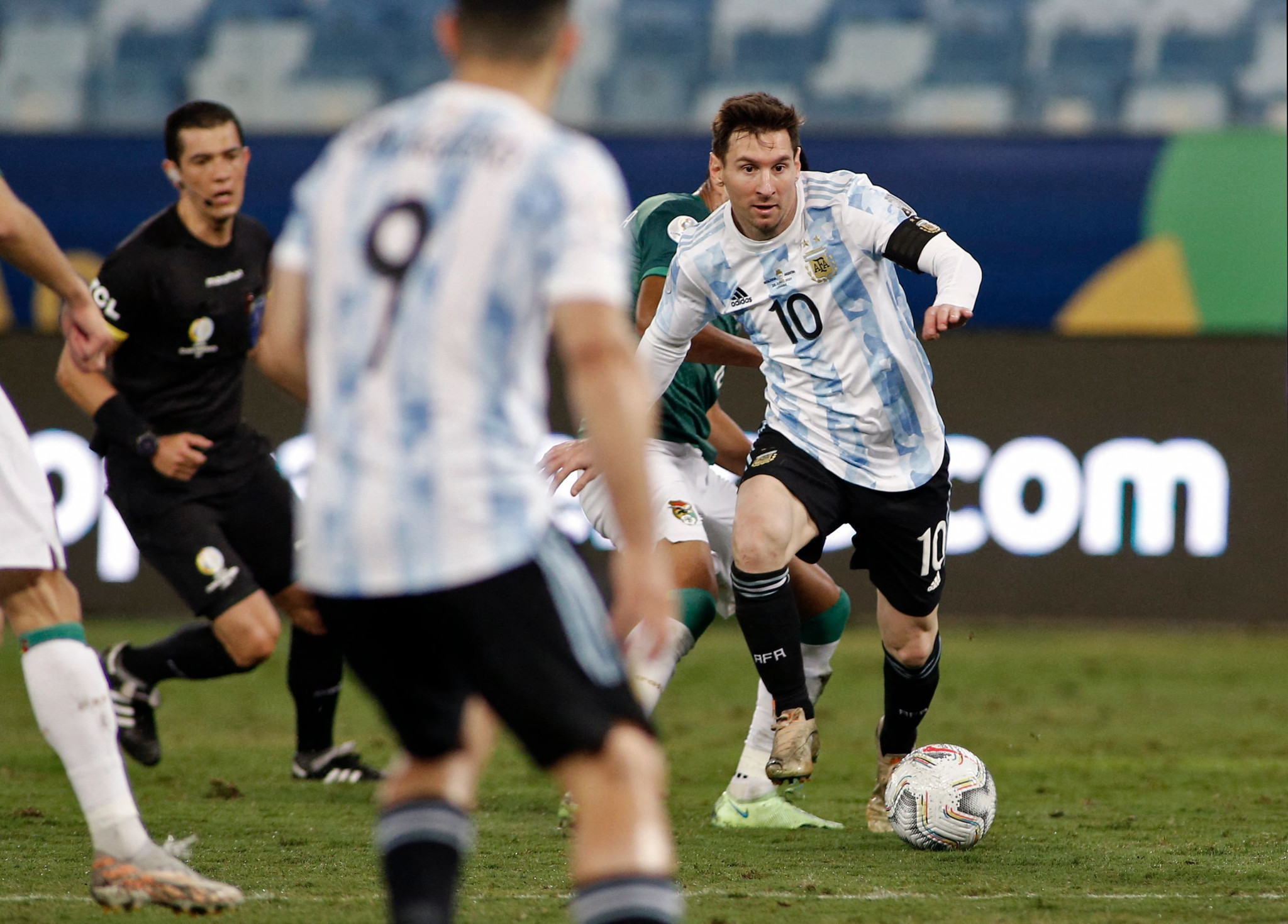 Lionel Messi struck twice as Argentina ran out comfortable 4-1 winners against Bolivia to finish top of Group A heading into the quarter-finals of the Copa América.

The Barcelona attacker’s two goals came in the space of nine first-half minutes as Argentina took a stranglehold of the match at the Arena Pantanal in Cuiabá in Brazil.

Alejandro Gómez and Lautaro Martínez also netted for the Argentineans as Bolivia, whose solitary goal came from Erwin Saavedra, crashed out of the competition.

Messi also chipped in with an assist as he produced a perfectly-weighted, lofted through ball to Gómez who fired home a powerful volley to give Argentina the lead on six minutes.

Argentina were awarded a penalty on 33 minutes when Gómez was brought down in the area before captain Messi stepped up to convert the spot-kick.

Bolivia looked to hit back with Diego Bejarano and Jeyson Chura forcing saves from Franco Armani only to concede a third goal just before the break.

With half-time approaching, Sergio Agüero teed up Messi who produced a first-time volley that flew home.

Bolivia got a goal back through Saavedra on the hour mark but their celebrations were cut short moments later when Argentina reasserted their dominance.

In the other Group A match, Uruguay leapfrogged Paraguay into second spot with a 1-0 victory over their rivals.

The only goal of the game was scored from the penalty spot on the 20th minute.

Nahitan Nández was pushed by Ángel Romero in the area before Edinson Cavani dispatched the resulting penalty with real authority.

The quarter-final line-up has now been confirmed with Peru and Paraguay going head-to-head in Goiania and defending champions and hosts Brazil meeting Chile in Rio de Janeiro on Friday (July 2).

A day later, Uruguay and Colombia are set to battle it out for a place in the semi-finals in Brasilia, while Argentina are due to tackle Ecuador in Goiania.