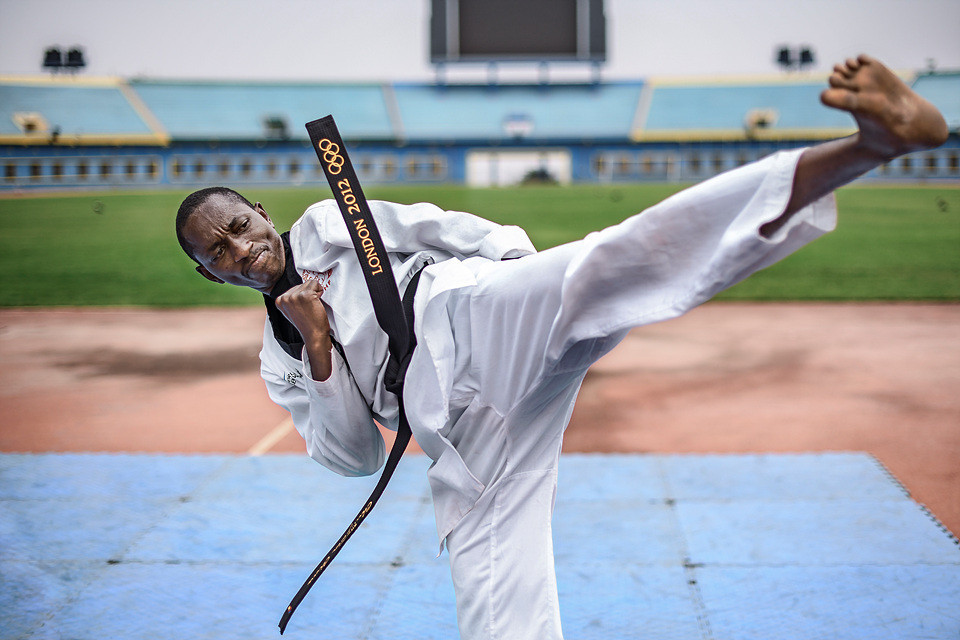 The news that Taekwondo Humanitarian Foundation (THF) coach Parfait Hakizimana has been included in the first-ever Refugee Paralympic Team has been hailed by World Taekwondo President Chungwon Choue.

Hakizimana, a Burundian refugee living in the Mahama Refugee Camp in Rwanda, was one of six athletes named in the Paralympic Refugee Team.

As long as Hakizimana is reclassified in time, he is set to compete in the men's under-61-kilogram division when taekwondo makes its Paralympic debut.

"We are thrilled with the announcement that Burundian refugee Parfait Hakizimana will be representing the Refugee Team at the Tokyo Paralympic Games this summer," said Choue, who also chairs the THF Board.

"Few athletes have had to overcome the conditions of Mr. Hakizimana, who until recently lived, taught, and trained in Rwanda’s Mahama Refugee Camp."

Hakizimana started a taekwondo school there and is credited with having trained more than 1,000 refugee children.

"World Taekwondo remains committed to empowering refugees through Taekwondo, which is why we started the Taekwondo Humanitarian Foundation in the first place," Choue added.

"Many refugees around the world, including those based in refugee camps like Mr. Hakizimana, have benefitted from its supports.

"We congratulate Mr. Hakizimana on his achievement and would like to acknowledge the work put in by the IPC, World Taekwondo, the Taekwondo Humanitarian Foundation, and the Rwandan Taekwondo Federation.

"And we wish Parfait the best of luck as he pursues his Paralympic dream in Tokyo this summer."

The Refugee Paralympic Team will compete under the IPC flag and will be the first team to enter the National Stadium during the Paralympic Games Opening Ceremony on August 24.

The THF works to teach taekwondo to refugees around the world, and used the sport in a bid to improve their lives.