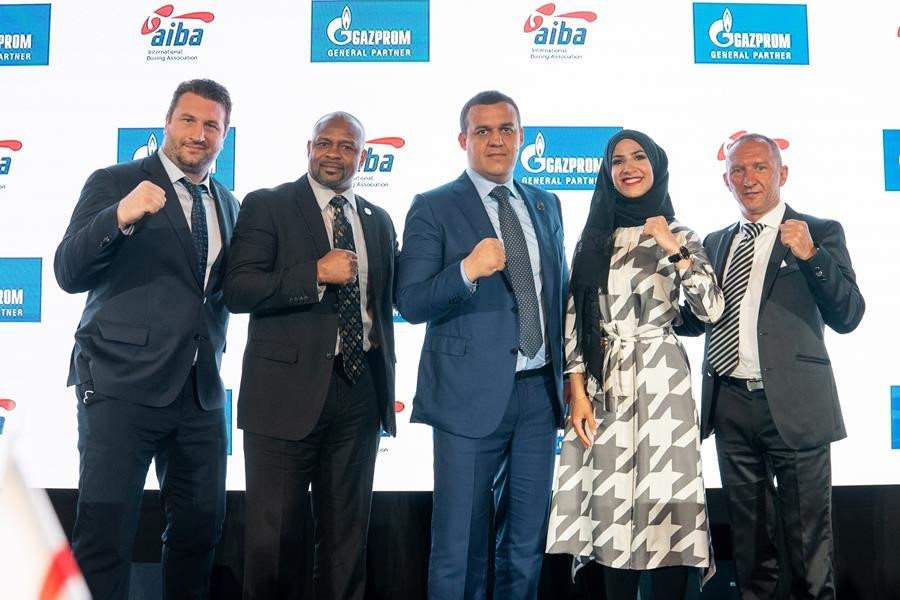 Roy Jones Jr, the multiple world boxing champion who was notoriously cheated out of the 1988 Olympic light middleweight title, made an emotional pledge here to help the new leadership of the International Boxing Federation (AIBA) in sweeping reforms that include an investigation into rigged judging.

Sitting alongside Umar Kremlev, the Russian who has set in motion a wide range of independent reforms to the sport since being elected as AIBA President last December, Jones hailed the new initiatives and said he would do all in his power to ensure that other boxers do not suffer the injustice he endured as a 19-year-old, when home fighter Park Si-Hun was given a verdict even he publicly repudiated.

"I definitely want to be part of the solution,” Jones said.

"To see other arms being raised after decisions by judges that were crooked and for nothing to be done about it was a real heart-rending situation.

"I never will forget that feeling when they raised the Korean hand over mine, so to be here to right the wrongs is a big step.

"I’m sure they weren’t the only judges like that.

"The Italian got a bad decision before me, I wasn’t the only one.

"So I want to be part of the team that wants to fix the issue so young boxers going into the ring don’t have to worry about whether they will get justice.

"Umar has taken this issue by the horns to fix the situation, and that is so important.

"The integrity of our sport starts at youth level and goes all the way up the the Olympics and the professional ranks."

Jones added: "To have someone come in and reform that means everything in the world to me.

"It’s not about me - I don’t want to see this happen to anybody else ever again.

"To this day I still feel the injustice, I was 19 years old, I’d made it to the Olympics, I’d given 10 years of my life to it, and to have the gold medal stolen from me at the end was horrific.

"So now I want to walk in step with the AIBA President and make it sure it doesn’t happen again to another kid - Roy Jones Jr is behind these AIBA reforms one thousand per cent.

"Not one hundred, one thousand."

Speaking online from Canada, Richard McLaren, the man charged earlier this month with investigating the refereeing scandal whose forensic examination of Russian doping led to the country being banned from competing under its own flag at major events - said that work was already progressing well.

McLaren explained that the task would fall into two stages.

The first would be to investigate judging failures at the Rio 2016 Olympics and also the alleged irregularities that occurred at the Asian Championships held in May.

That report, McLaren said, was still on course to be delivered by late August.

"We have only been working on this since June 10 but we have received today some excellent cooperation from AIBA in terms of day-to-day information so that we can uncover and find out what the truth is and help theFfederation to engage in the difficult process of self-reform," the Canadian lawyer said.

"We are looking at what happened leading up to and at Rio 2016 Games, but you can’t look at just that, you have to put it in context of what went before."

McLaren added that the second stage of the investigation involved focusing on the activity of individuals within AIBA from 2006 to the present day "to establish where there have been acts of corruption, violation of sports policies or manipulations on the part of AIBA employees regarding competition or elections".

"We aim to put some finality to allegations that have plagued boxing for decades," McLaren said.

Refereeing is a key issue for AIBA as it was one of the areas highlighted by the International Olympic Committee (IOC) when it stripped the governing body of its Olympic status in June 2019.

All 36 referees and judges at Rio 2016 were suspended following suspicious results.

Kremlev said: "We all know that what happened before us it was to put it bluntly, a crime.

"But we will deal in tough measures for those found responsible - they will not be able to touch boxing for the rest of their lives.

"What is vital is that we have all the boxing family behind us - we are working together."

Asked how confident he was that AIBA would resume control of boxing at the Paris 2024 Olympics, Kremlev responded: "The recommendations produced by the IOC will be implemented by the end of this year and I will be responsible for this as President.

"As for any decision taken by the IOC to remove us - our position is that we are becoming one of the best Federations so there will be no reason to exclude us.

"You have just to look at how boxing is developing and completing reforms, and putting a full stop to the past.

"It is for the IOC to judge the result – the most important thing for us is to interact with them."