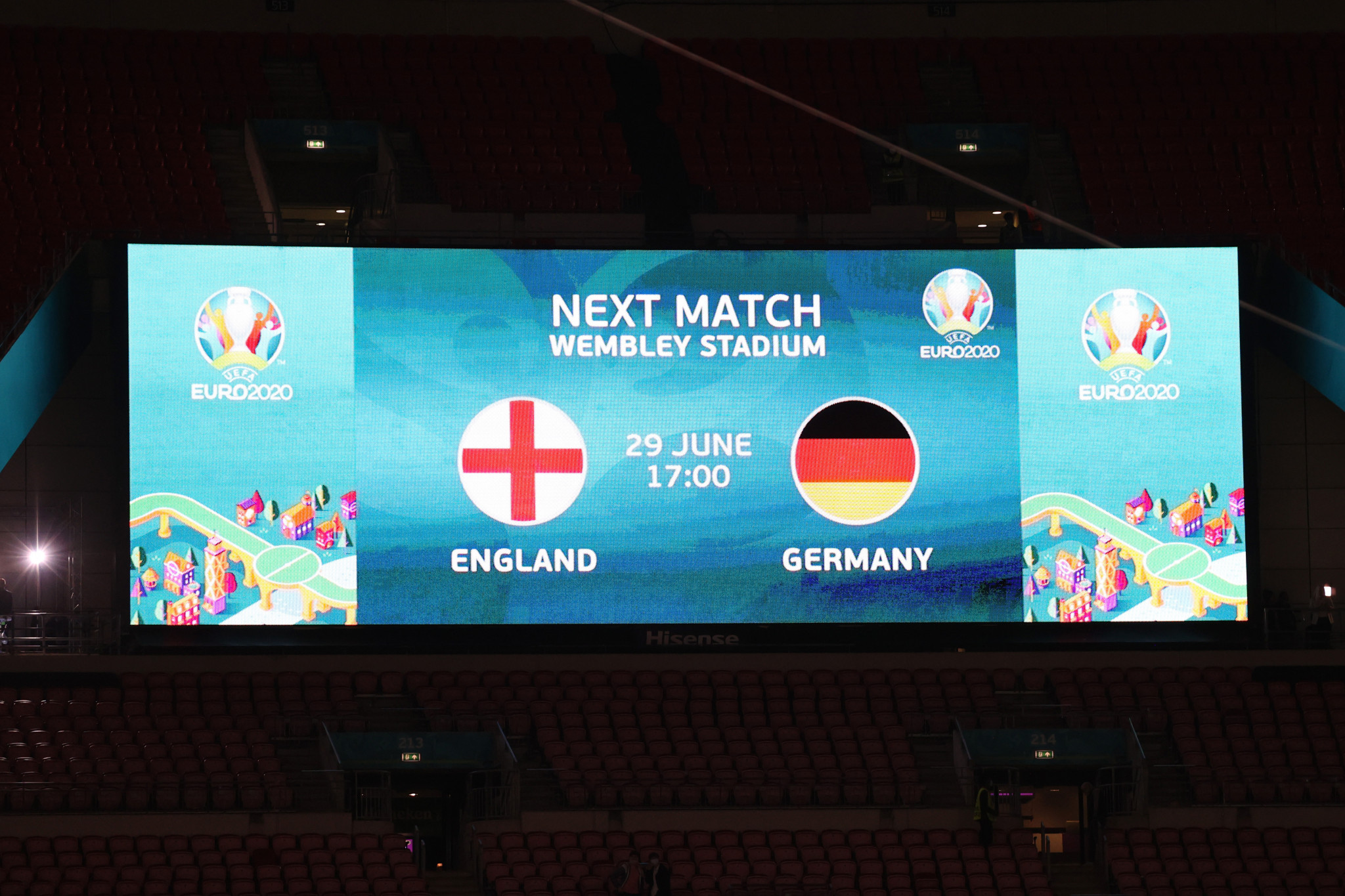 The head of the World Medical Association (WMA) has said it would be irresponsible for German fans to travel to London to watch their last-16 match against England at the UEFA European Championship.

England and Germany will meet on Tuesday (June 29) in one of the highest profile matches in the last-16 of the pan-European tournament, which is being held across 12 cities.

Around 45,000 spectators will be permitted to attend the match at the 90,000 capacity venue, with the Football Associations of both nations offered between 7,000 to 10,000 tickets.

The German Football Association (DFB) has reportedly only accepted 2,000, which will be distributed to German fans already living in the United Kingdom.

Its decision comes amid travel restrictions introduced by Germany due to the high prevalence of the Delta variant of COVID-19 in the UK, which is believed to be between 40 to 60 per cent more transmissible.

People arriving in Germany from the UK are required to undergo a two-week quarantine.

Frank Ulrich Montgomery, the German head of the WMA, has warned fans not to travel to the match.

"Anyone who is unvaccinated is acting irresponsibly, given the Delta variant prevalent in the UK and its risk of infection," he told Bavarian newspaper Passauer Neue Presse.

"Even a vaccinated person who follows the social distancing rules and makes a pilgrimage to the stadium is taking a limited risk."

Montgomery also criticised the UK Government’s decision to increase the capacity for the semi-finals and final, mirroring concerns raised by the World Health Organization over increased fan attendance at Euro 2020 matches.

The UK Government announced earlier this week that 60,000 spectators would be permitted to attend the semi-finals and final of the tournament at Wembley Stadium.

Russia's Euro 2020 host Saint Petersburg on Saturday (June 25) reported the country's highest daily COVID-19 toll for a city since the start of the pandemic, data showed.

Official figures said the city, which has already hosted six Euro 2020 matches and is due to host a quarter-final on Friday (July 2), recorded 107 virus deaths over the last 24 hours.

More than 24,000 spectators were present for Russia’s Group B matches against Belgium and Finland, while Belgium’s 2-0 win over Finland was watched by over 18,000 fans.

Less spectators watched Group E matches in the Krestovsky Stadium, with the highest attendance coming for Sweden’s 3-2 win over Poland, when more than 14,000 were present.

The Finnish Institute for Health and Welfare has urged spectators returning home from Russia to be tested, with 120 COVID-19 cases having reportedly been linked to the fans.

Amid reports of cases linked to the tournament off the pitch, COVID-19 has also caused on the pitch issues.

Billy Gilmour was forced to miss Scotland’s final match of the tournament against Croatia after a positive test, while his team mates at Chelsea, Ben Chilwell and Mason Mount, were forced into self-isolation after being deemed close contacts.

The players missed England’s game against the Czech Republic and could be absent against Germany.

Croatia have now announced Ivan Perišić will miss their last-16 match against Spain tomorrow following a positive test for COVID-19.

"In accordance with the submitted information, the epidemiological authorities have assessed the respected measures and confirmed that the test-positive Ivan Perišić stays in 10-day isolation,” a Croatian FA statement read.

"The other national team players, coaching staff and delegation members require no self-isolation."