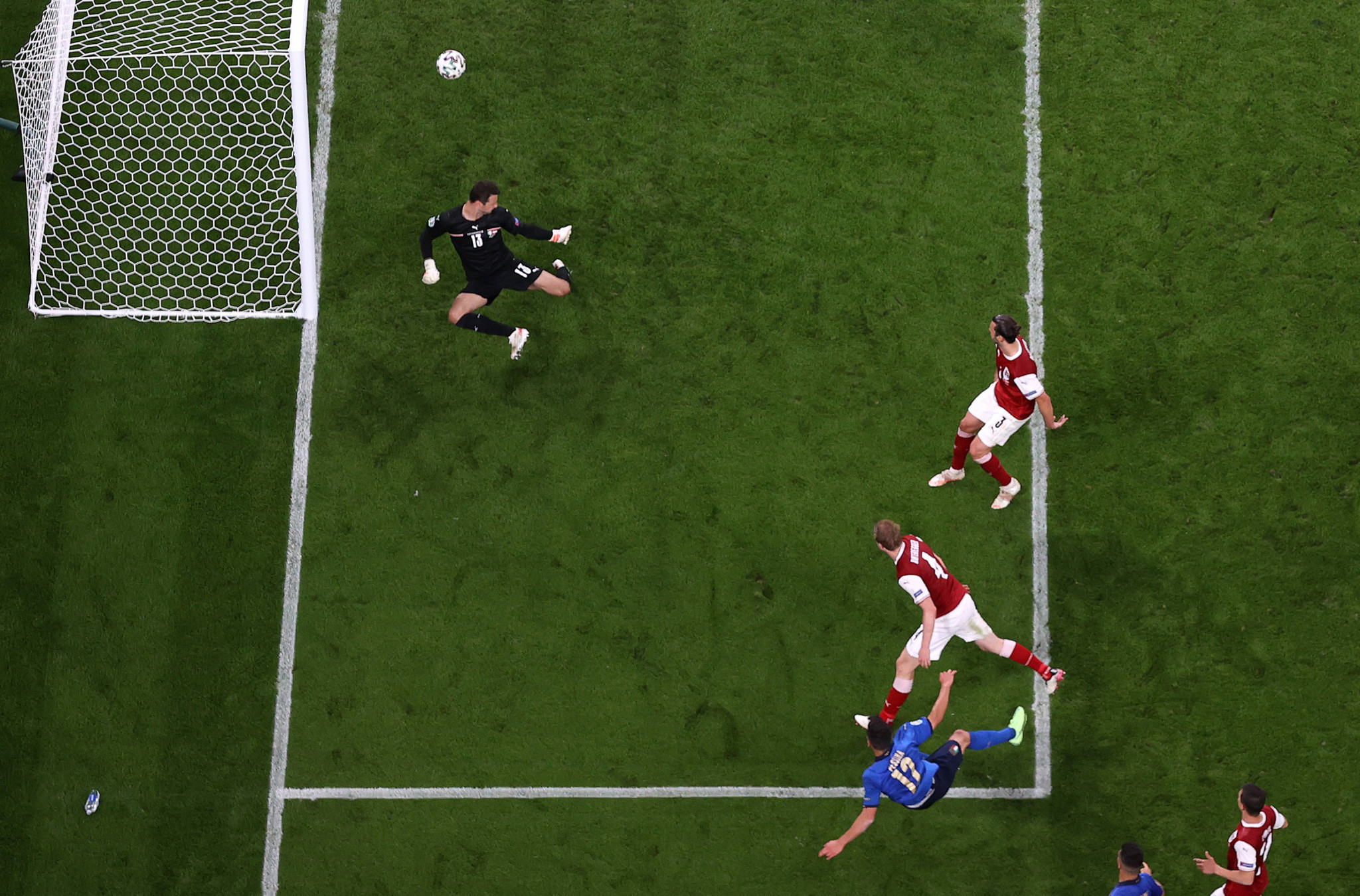 Italy, who won Group A winning all three matches and without conceding a goal, were strongly fancied against Austria, who finished second in Group C.

Despite dominating play, the Azzurri did not have the contest all their own way, and Austria thought they had taken the lead in the second half although Marko Arnautovic's header was ruled out for offside by the video assistant referee.

Neither side could find the breakthrough in normal time, sending the contest at London's Wembley Stadium to extra time.

Five minutes into the first period, Italy took the lead when substitute Federico Chiesa controlled a difficult pass inside the penalty area and drove the ball into the net to make it 1-0.

A header from Sasa Kalajdzic with six minutes remaining - the first goal Italy had conceded in 12 international matches - gave Austria hope but Italy held on to seal a 31st consecutive win - a new national record.

They will play the winner of tomorrow's last 16 tie between the world's top ranked team Belgium and the holders Portugal, arguably the most eye-catching match of this stage of the tournament.

Wales started brightly with their dangerman Gareth Bale having a couple of early chances, but Denmark took the lead just before the half-hour when Kasper Dolberg made the most of a through ball by Mikkel Damsgaard to curl a shot into the top left corner of the net.

The Danes switch to a back four for this match was helping them control proceedings, and they doubled their lead early in the second half when Dolberg took advantage of a misjudged clearance by Neco Williams to make it 2-0.

Victory was sealed with two minutes remaining as Joakim Maehle thumped a shot into the net to make it 3-0.

Wales sub Harry Wilson was shown a straight red card in stoppage time for a foul tackle on Maehle before Martin Braithwaite added gloss to the scoreline for the Danes when he made it 4-0.

Denmark have now reached the quarter-final stage for the first time in 17 years, where they will play either The Netherlands or the Czech Republic,. who meet in tomorrow's other last 16 tie.