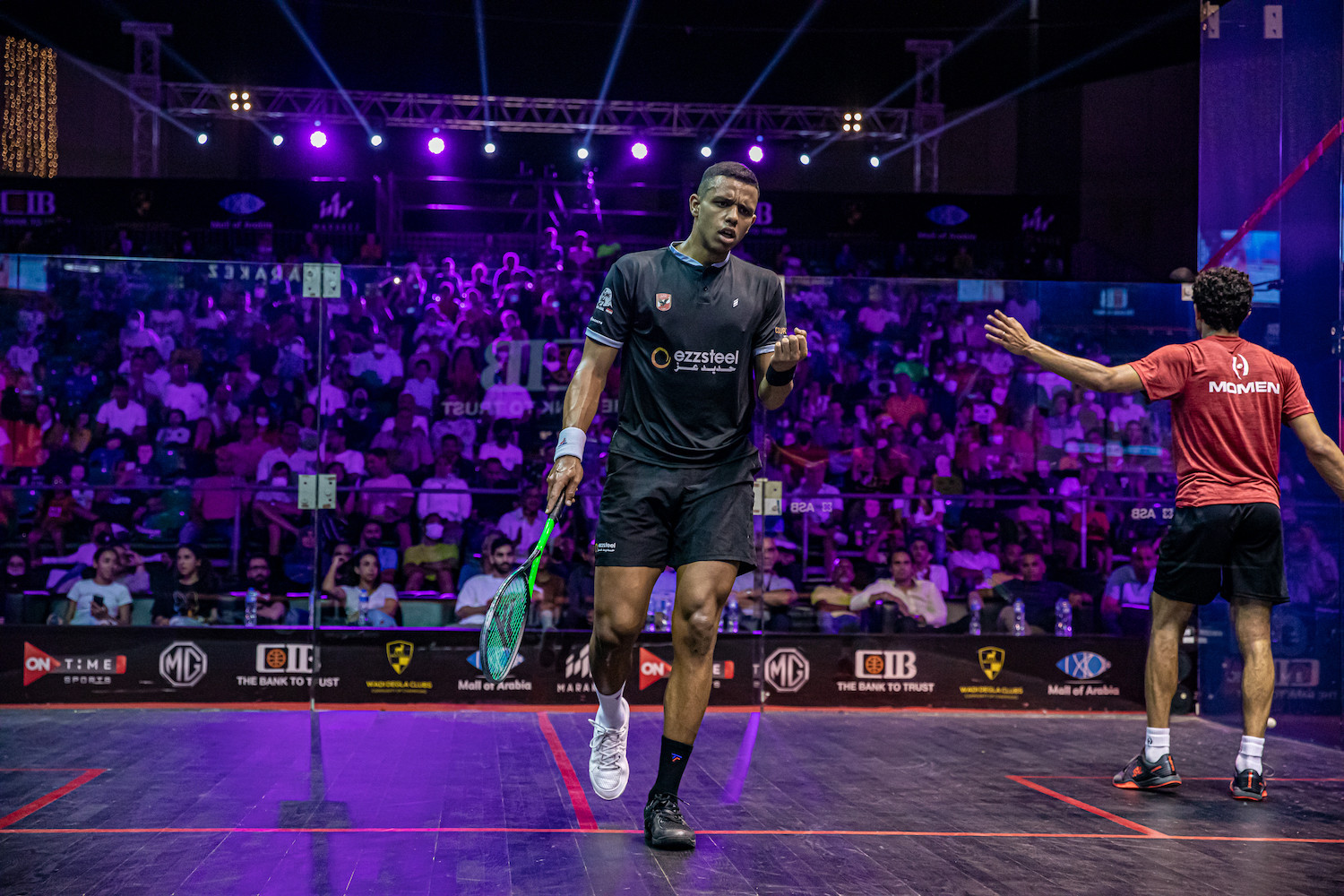 The men's and women's finals at the Professional Squash Association World Tour Finals in Cairo will be all Egyptian affairs.

All four semi-finals across both the men's and women's events went to three games on a thrilling night of squash at the Mall of Arabia.

Asal, 20, topped a group which featured the world's top two players and the defending champion, and the reigning world junior champion defeated Momen 11-9, 6-11, 11-4.

The 68 minute contest featured scrappy periods of play and some contentious calls before Asal came through the victor in a contest that he described as "really, really tough mentally."

ElShorbagy triumphed 11-5, 5-11, 11-6 in 49 minutes and will now become the first Egyptian to play in the World Tour Finals title decider on four occasions.

In the women’s singles semi-finals second seed Hania El Hammamy, who progressed through her group without dropping a game, endured a much tougher last four encounter against France’s Camille Serme.

The defending champion won the first game 11-6 before Serme bounced back to win game two in convincing style 11-3.

The deciding game proved a real marathon with El Hammamy coming from game ball down to take it it 14-12, as she triumphed in 54 minutes.

The deciding game went Gohar’s way 11-6 as she wrapped up victory in 46 minutes.