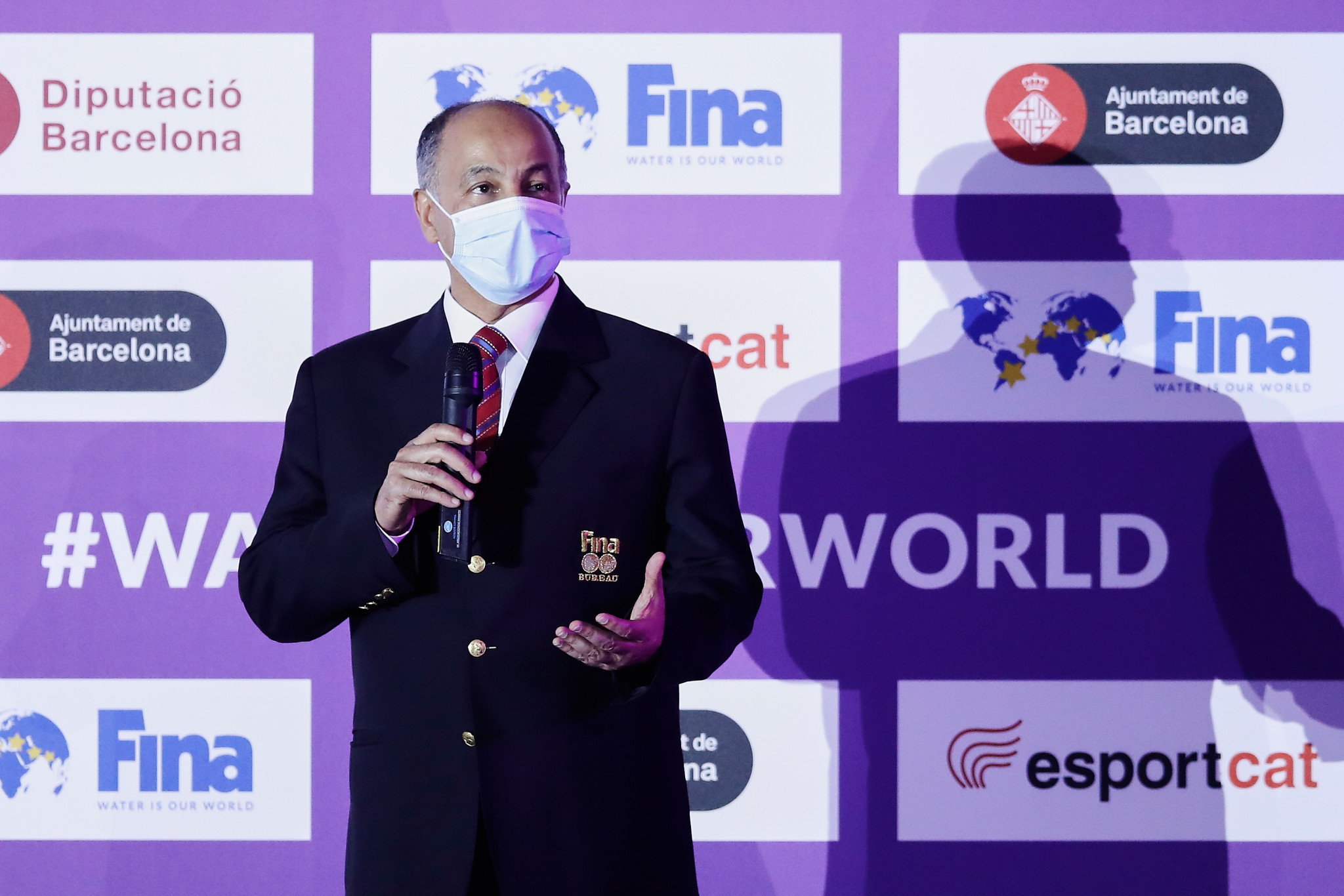 Al-Musallam was elected FINA President earlier this month in Doha, with the Kuwaiti official having been unopposed to succeed the long-serving Julio Maglione.

The ISA was officially announced days after his election, with the group led by manager and eight-time Olympic gold medallist Matt Biondi.

The group was established amid calls for greater athlete representation in sports governance.

The body said it had a goal "to improve personal and economic opportunities for all elite swimmers by elevating the sport into the modern era".

It has listed four main aims, including "promoting the advancement of all swimmers and the sport" and "improving and maintaining relations with all governing bodies and event organisers".

Improving economic conditions of swimmers - "including, at the appropriate time, the establishment and maintenance of pension plans, health insurance plans or other benefit plans for swimmers" is among its other key targets.

Al-Musallam told a media conference he would contact the group shortly and would listen to their proposals.

The FINA President highlighted his pledges made at the Congress to spend more on athletes’ programme and prize money as part of efforts to support swimmers.

He also noted the decision to hold free elections for 20 active athletes to the FINA Athletes Committee.

"The Swimmers Alliance are part of our family, I plan to talk to them," Al-Musallam said.

"We are committed to do more.

"I will contact them and I will listen to them.

"If there is something we can do together, why not?"

Al-Musallam told insidethegames earlier this month that he would be willing to talk to the ISL to provide strong opportunities for elite swimmers.

Al-Musallam said he had been open to working with the ISL after meeting organisers of the invitation-only league in 2018, adding that a meeting had taken place this year where he reconfirmed his willingness to work collaboratively.

"For me as President of FINA, my door is open for ISL or any other commercial operator.

"We will work with ISL if ISL would like to work with FINA.

"Our door is open.

"If any entity would like to play a positive role to help the movement I will be the first one to congratulate them and shake their hand."

Al-Musallam announced earlier this month that he would launch a series of Reform Committees to assess potential changes to the governing body.

The heads of the groups are expected to be named next week.

The overall Reform Committee will be chaired by Francois Carrard, with the outcome of the process expected by the FINA Congress in October, held alongside the World Short Course Swimming Championships.

FINA has also announced it will finance and supervise the construction of the swimming pool in the Bhutan’s country’s capital Thimphu, as part of a Pools for All Programme.

The pool will be located at 2,400 metres, located on edge of the Himalayas mountain range.

This will make it the highest in the world and the first in the country.

A FINA Development Centre will also be established at Franschhoek in South Africa in collaboration with Swimming South Africa.

The centre is expected to welcome FINA scholarship programmes, as well as coaches and officials education and certification programmes, to help grow the sport in the region.